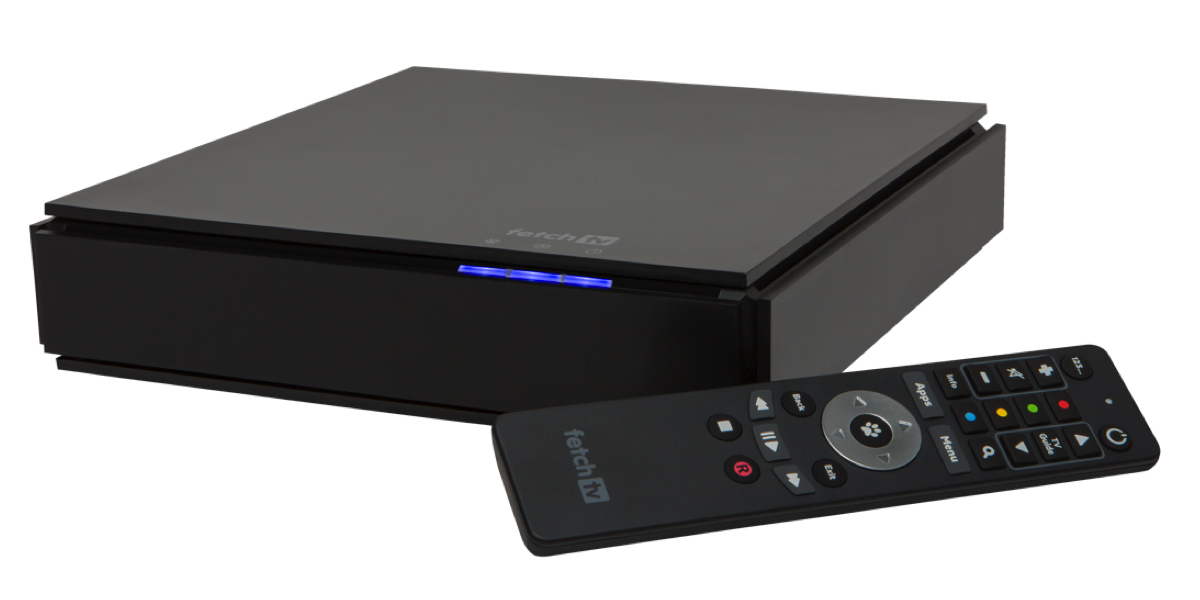 Fetch TV announced new content partnerships and the next generation of its hardware at an event in Sydney last week.

For Fetch TV, it was akin to a coming out party. The subscription TV debutante was presented to an intimate crowd of media and business partners at an event in Sydney where it showcased the next generation of its hardware and revealed new content deals. Within coming weeks, Fetch TV will be adding support for SVOD service Presto and adding the linear channel Spike TV to its lineup of channels.

With the two new set-top boxes, Fetch TV is taking its first steps toward moving beyond the lounge-room. In addition to its flagship PVR, the new Fetch Mighty, the company will now also offer the Mini. While the small streaming box won’t record TV shows, Mini users who also have a Mighty PVR will be able to access recordings made on the Mighty. This makes the Mini ideal for use in other rooms around the house, extending the role of Fetch in the home.

“This is now our third-generation set-top box over a six-year period,” explained Fetch TV chief Scott Lorsen of the Fetch Mighty.

“There are two rationales for the smaller box, the Mini. The first is we needed a multi-room solution and needing a single PVR with an integrated multi-room experience. We like the hub and spoke approach to multi-room where you’ve got one PVR and then a series of other boxes available for the home that are fully compatible and inter-operable with the master-box. We also feel it represents a great customer experience that we can introduce at a different price point,” he explained.

“This is now our third-generation set-top box over a six-year period”
-Scott Lorsen, Fetch

The Fetch TV model is built on being an upsell for internet service providers to offer a content solution to customers, aiding in customer retention and enhancing their value proposition. While the ISPs will be making the Mini and Mighty available to their customers soon, the multi-room functionality of having the boxes talking to one another will be turned on later this year.

Adding new products to the Fetch offer is key in ensuring that Fetch TV’s ISP partners have a broader range of products to offer, while meeting changing customer demand.

“In our ISP partnership model, the ISPs do need different versions of the product to include in different price-points and bundles. We’ve gone from being a single-product company to a two-product company and then, eventually, we will have a mobile-only solution as well that will allow our partners to bundle a version of the Fetch service with each and every variant of their mobile and broadband bundles,” Lorsen said.

The deal with Presto came together quickly for Fetch. Lorsen said, “The integration was easy. We engaged earlier this year and we’re launching within six months of the first conversation.”

The addition of Spike was a milestone for its parent company Viacom, which will now have all of its leading branded channels available on the Fetch TV platform having added Comedy Central in April.

“Spike is a channel that they are investing heavily in in the US and the UK. Australia represented a logical extension of the investment. The opportunity presented itself as part of our contractual agreement and we were able to add both Comedy Central and Spike,” Lorsen said. 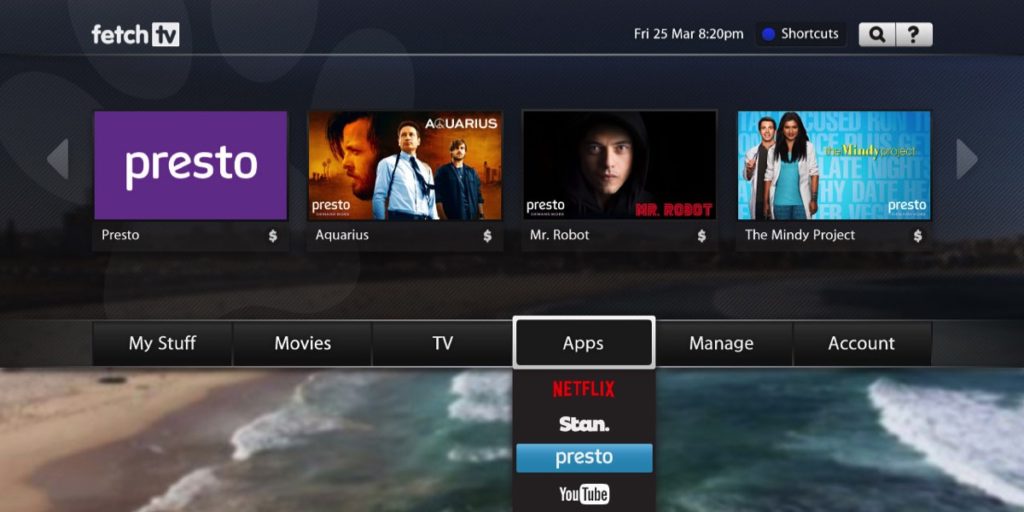 Spike bills itself as a channel that caters to creative, unconventional and adventurous 18- to 39-year-olds. It will take its content direct from the US and the UK. Australia is only the fourth territory that Spike has launched in globally.

“All of Viacom’s major brands are on Fetch. In Australia it is the only home for Comedy Central and Spike. It’s really cool that Fetch has got to the scale where it is able to bring new brands to Australia,” explained Viacom’s Simon Bates.

In the US, the channel has been defined by big, international celebrity-packed shows like Lip Sync Battles and the mixed martial arts league Bellator shows. It also has a growing slate of original productions that includes Bar Rescue, Ink Master, Tattoo Nightmares, Catch a Contractor, and is the current home to the long-running Cops.

“We definitely want to secure as much of our own Spike content for the Spike channel as we possibly can. Our intention will be to have all of it available ad-free on Spike – and ideally first. There might be some instances where that doesn’t happen, but there are also potentially benefits to that in terms of people being able to sample and see the strength and uniqueness of our content,” explained Bates.

While the Australian Spike TV will resemble the US channel more than its UK sister channel, it likely won’t include any of the acquired retro hits that have in the past been successful on the channel.

Now that Spike has arrived on Fetch TV, is there a chance it might end up on Foxtel too? Not any time soon, it seems.

Bates revealed, “We’ve certainly talked to Foxtel about Spike and they’re aware that we’re launching. We would like as many distribution partners for Spike as possible, and all of our channels for that matter.”