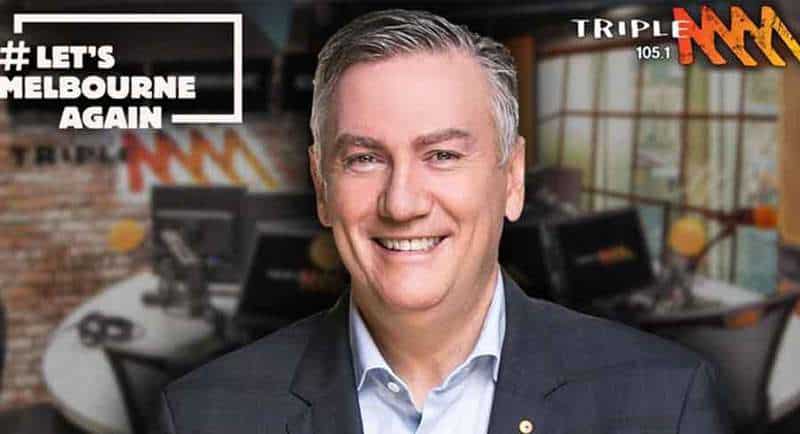 The final day of radio ratings for 2020 means the last day of the year for most metro FM radio shows around the country. Some of the AM shows continue for at least another week.

The biggest changes in one market have been made by Southern Cross Austereo at its Melbourne stations where after a challenging year Triple M is replacing its breakfast show and The Fox is changing a team member.

There has been no detail yet about a show to replace The Hot Breakfast, despite speculation Marty Sheargold could be part of the plan. Guests on the final show with Eddie McGuire, Luke Darcy and Rosie included Lindsay Fox and former team member Mick Molloy. Last song on the show – The Angels with Am I Ever Gonna See Your Face Again. Rosie played a very moving message from Collingwood great Peter McKenna just before 9am.

At The Fox, the partnership of Fifi Box and Byron Cooke is being split again. Years ago they were crucial parts of The Shebang drive show and more recently key drivers of Fifi, Marty and Byron. The show’s Best of 2020 tape had some extra bits to add after Cooke revealed yesterday on air he would be departing. After a Covid-impacted year, Hit Network is replacing Cooke with Triple M Brisbane’s Nick Cody. Cooke said he would be getting drunk after Friday’s show. “Five years with these people has been wonderful. Get behind the new show next year which will be great,” said Cooke.

There is one major change in Sydney radio breakfast. The annual musical chairs at 2Day sees a new breakfast show coming into the market in 2020 – Hughesy, Ed and Erin. The team met in Sydney on Monday for a quick photo op and a signwriter managed to misspell Hughesy’s name in the skies above the Harbour Bridge yesterday. Let’s hope it doesn’t prove to be an omen.

ARN has its key breakfast talent – Kyle and Jackie, Jonesy and Amanda – locked into long-term deals. Jonesy and Amanda hosted their biggest ever Backyard JAM event at Blacktown’s Skyline Drive In last night. Kyle brought Santa into the KIIS studio on Thursday followed by the NSW Premier (“Are you bikini-ready for summer,” asked Sandilands) while the final show boasted Shawn Mendes and Robbie Williams.

Likewise Nova is happy to stick with its Nova and smoothfm teams. Fitzy and Wippa farewelled the year with their regular guest, Prime Minister Scott Morrison.

Triple M Brisbane this morning saw Nick Cody almost tear-up as he bid his colleagues and listeners farewell. A big final week at Ash, Kip, Luttsy and Susie O’Neill saw them give away $50,000 twice on the one show this week.

Mix Adelaide rocked the market with the break with long-time breakfast co-host Jodie Oddy just last week. Elsewhere in the market it was a big day at Fiveaa today with their annual Variety Australia Radiothon. Breakfast hosts David and Will were fielding calls from businesses this morning who got free ads in return for donations to the appeal. Highlight of the day though at Fiveaa was the return of Bazz and Pilko to the airwaves. From 12.30pm today (SA time) Barry Ion and Tony Pilkington will be hosting the afternoon shift and the Radiothon continues. 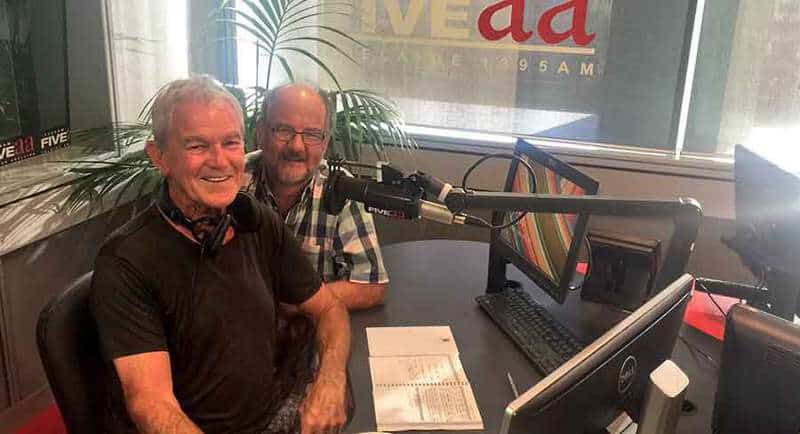 Today is the last Friday for 92.9 as SCA flips the frequency to Triple M Perth which launches next Tuesday, December 1. The station has yet to reveal who will be taking over the breakfast show when ratings resume in January 2021. That means a farewell to outgoing 92.9 breakfast hosts Xavier, Juelz and Pete.