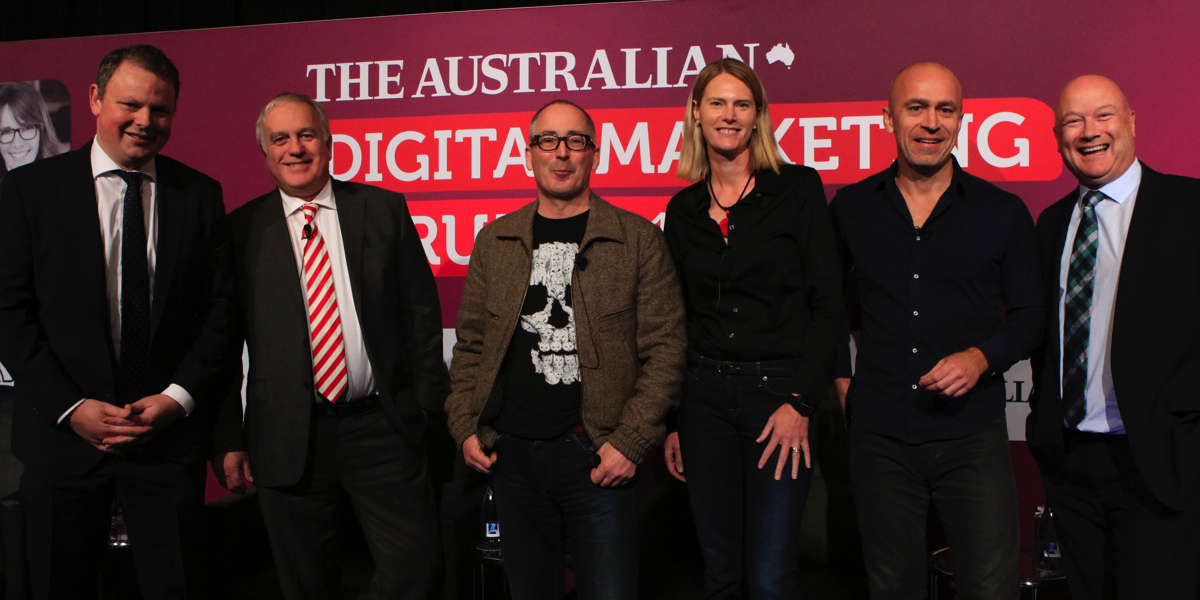 “All marketing is moving to a space where mass is no longer relevant, and being able to talk to individual audiences about what matters to them is how great businesses are going to succeed,” Facebook’s ANZ head of ecommerce and retail Stephen Scheeler told a sold-out crowd at The Australian’s digital marketing forum on Friday.

Alongside Google’s Maile Carnegie and RedBubble’s Martin Hosking, Scheeler made some bold predictions around the future of advertising. “Digital is a word that’s dying, and social is a word that’s virtually dead. You need a customer strategy, and those customers are all over the internet and mobile devices. If you don’t have a strategy encompassing that, you aren’t reaching your customers. Words like social media don’t pass my lips any more.”

He and Carnegie agreed that the prevalence of mobile devices was behind a fundamental shift in audience behaviour. “Advertising that is relevant works, and the most relevant ads that are actively engaged in are in the right context and are increasingly predictive.

What appropriate context is on mobile is very different to desktop. About one in five Google searches on mobile are for geographic things – they’re looking for something near me. You have to work out what is relevant, not only In terms of the ad but also in context. Then you have to work out what are the behavioural trends that are changing because we’ve got a supercomputer tied to our hip all the time,” said the Google Australia boss.

As to the #1 thing that a business has to do to be on the first page of Google, Carnegie cited a relevant product. “The day of tonnage of marketing spent as being a different is dwindling. It’s all about being smarter with the spend, but increasingly it’s all about a product or service that absolutely rocks. Your ability to mask over a bad customer experience through more marketing is going away, because consumers are more informed than ever before. It’s just having the best and most relevant product and the best and most relevant information.”