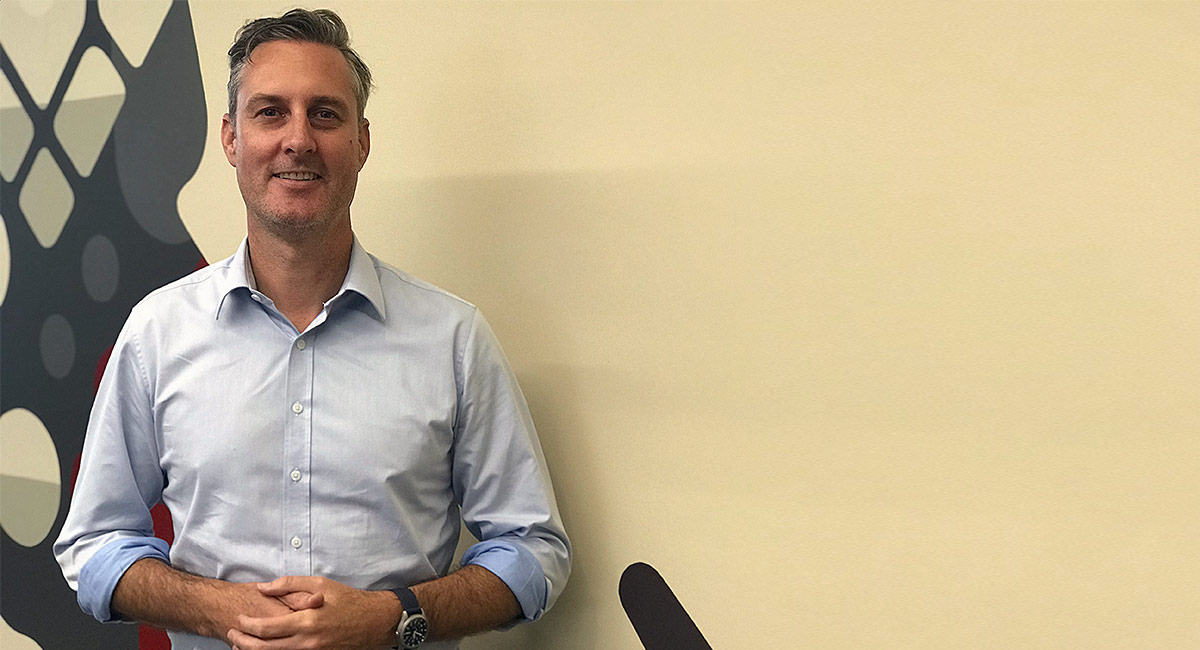 ‘I am a true believer in the value of social networks when it comes to news distribution.’

“The intersection of social networks and news is what attracted me to this role,” he told Mediaweek. This is a topic that Hunter has been intrigued by for some time. This is evident from his book, “All Your Friends Like This”, which he co-authored with the former ninemsn editor-in-chief Hal Crawford and Domagoj Filipovic, who was Viocorp’s chief technology officer. The second line on the cover of the book reads, “How social networks took over news.”

Asked about his stance on this statement now, Hunter answered, “That was a bit of provocative copywriting at the time. [Laughs] But absolutely not. In terms of distribution, it has been a decent sized change that the news industry has encountered – but it’s been a force for good. I am a true believer in the value of social networks, in particularly Facebook, when it comes to news distribution. It has done a lot more good than harm.”

Hunter started his career in the media industry as a reporter on the now defunct Gold Coast Weekend Herald. He later served as the news editor at ninemsn before becoming the executive producer of news and current affairs for the Nine-Microsoft joint venture. He held various other roles with the company too. He moved to Microsoft in 2012 as market lead and editor-in-chief of MSN Australia.

Having worked as a journalist, Hunter is better able to empathise with the concerns of the publishers. This is an important part of his job. “A big part of my role is being the voice of the newsrooms in Australia and taking what they have to say back to the product team at Facebook,” Hunter explained. “My role is about having a conversation, collaborating, asking questions and trying to clarify issues so that I can understand them better.”

In December 2017, the government directed the Australian Competition and Consumer Commission to conduct an inquiry into digital platforms. The aim of this probe is to look at the effect that search engines, social media and other digital content aggregation platforms have on competition in media and advertising sectors. It will also investigate the impact of digital platforms on the supply of news and journalistic content and the implications of this for content creators, advertisers and consumers.

The final submissions for the inquiry were due on April 3. Hunter spoke to Mediaweek on the day of the deadline. He had been reading some of the 52 submissions.

“I work with a lot of the companies that are making the submissions, so it’s really important for me to know what they are saying and what they are putting forward to the ACCC,” he said. “It will help me explain the opportunities that we have to collaborate that they might have not picked up on.”

Talking about the year ahead, Hunter gave Mediaweek a few predictions: “We’re focusing on things like Facebook Groups, working with publishers on subscriptions and supporting new ways to reach consumers, such as Facebook Messenger.

“In terms of formats, we expect Stories to really take off in Facebook. This is a great way for TV reporters to show their followers a glimpse behind the scenes of the story or some quirky interesting detail and some personality that might not fit into a 6pm news package.” Hunter identified the Messenger bot as an emerging way for news brands to connect with their audience one-on-one. Many notable mastheads in the country, including ABC News, The Sydney Morning Herald, news.com.au, BuzzFeed Australia and The Australian, have adopted the tool.

“Messenger can be an excellent way to talk to your audience directly and regularly. We helped the ABC build a news Messenger bot that is now driving a small but growing chunk of their off-network traffic.”

In terms of subscription and growing newsletter sign-ups, Hunter looked to Facebook Groups. “It is an engagement builder that many media organisations are using for story discovery, conversing with readers and, in some cases, providing subscribers with exclusive access to special content.

“Our partners are asking for more features and analytics for newsrooms using Groups and we’re working hard to deliver on these requests.”