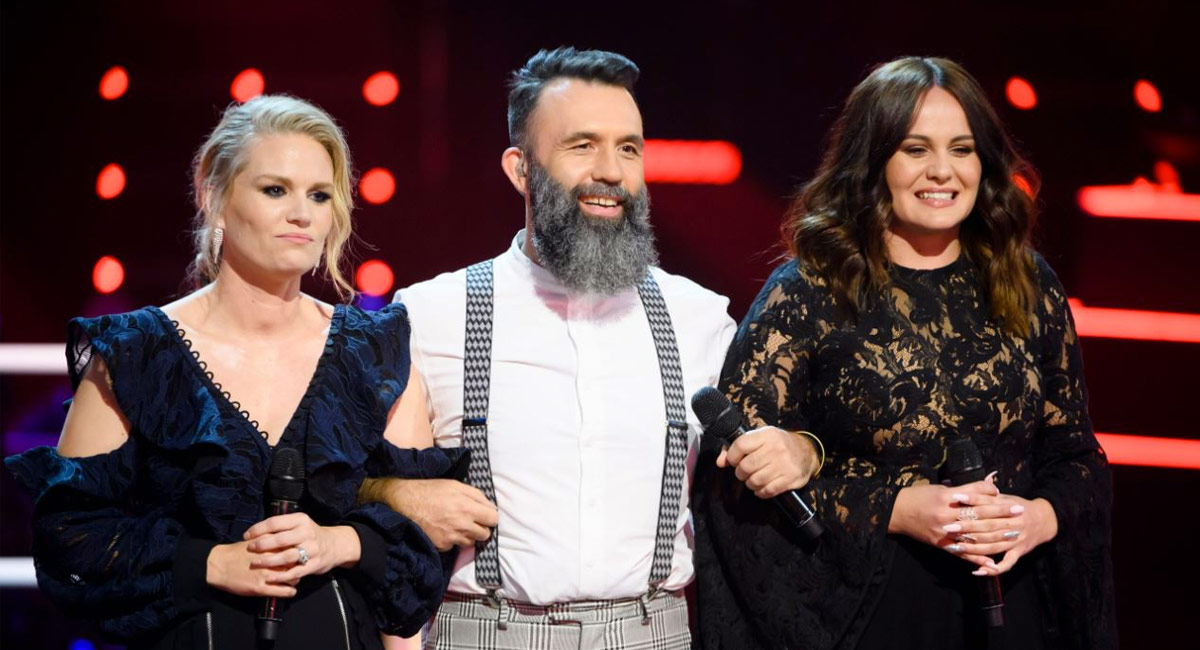 Seven had a warning at the start of the new season of House Rules with the channel telling viewers there would be some graphic footage of an accident.

Joh Griggs welcomed the contestants to a house in the Sydney suburb of Rosebery that cost the channel $1.25m. The contestants have to renovate the property. The judges then arrived in a black Suzuki SVU and they each had a message for the contestants – Lawrence of course had by far the longest and he almost turned it into a one-man show. The seven teams each got a section of the house to work on.

The graphic footage involved House Rules design expert Carolyn Burns-McCrave, who was flattened by a stray piece of timber falling from the upper story. Although taken away by ambos, she was soon back on set.

House Rules has been a repeat offender when it comes to slow starts before the series gains some momentum. It set a new low this year though with 607,000 after its previous low launch of 718,000 in 2016. The series launched with 986,000 last year when it was wedged between two parts of the MKR grand final, something that didn’t sit well with all MKR fans.

The Mentor followed with Mark Bouris helping turn around a motorcycle shop in Cobram in rural Victoria. It was a good episode with tears all round at the end of the episode. That couldn’t stop the audience slide though. After a premiere of 472,000, episode two dropped to 369,000.

A Current Affair Monday was on 912,000 after a week 18 average of 775,000. Scott Cam spoke about misbehaving tradies, which has become a thing on social media, and the show featured a loyalty card showdown.

The Knockout rounds of The Voice continued as 48 contestants battled to stay alive in the competition. The singing competition faced a double whammy last night as it went up against returning House Rules and MasterChef Australia. The episode managed to win its timeslot all people with 949,000, which was up on 905,000 a week ago.

A New Zealand doco on musician and singer Stan Walker that told about his battle with stomach cancer followed the singers with 397,000 watching.

The soon-to-end Family Feud started a new week on 345,000 after an average of 312,000 last week. The decision of how to fill the critical timeslot will be TEN’s biggest programming decision since CBS acquired the network.

The Project devoted a big chunk of its second 30 minutes to the return of MasterChef as Carrie Bickmore dined with Matt, Gary and George. It was a fun segment getting away from the desk. Carrie dropped chocolate on her outfit during the interview and later produced a promo photo of the judges 10 years ago where they all looked pretty grumpy. Matt Preston explained the original idea was to have them as the dream crushers. The Project started on 379,000 and climbed to 587,000 after 7pm. The week 18 averages were 347,000 and 504,000. A memorable first episode of MasterChef Australia 2018 featured all nine previous winners taking part in the opening scenes and then across the first episode where the first contestants were chosen for the 24 places. Shedding a tear was definitely an advantage last night, but with so many good cooks the judges needed something else to try to separate the contestants.

Another Montreal Comedy Special followed with Tommy Little hosting for the audience of 194,000.

Australian Story revisited Claudine Fitzgerald to see how her baby Harvey was progressing after mum had previously had surgery on her then-unborn baby. The episode did 542,000 after 665,000 last week.

Four Corners spoke to a young woman at the centre of Australia’s most controversial rape trial, who was prepared to reveal her identity, with 511,000 watching.

Michael Mosley’s Trust Me I’m A Doctor examined if changing meal times could help weight loss for the 216,000 viewers.

24 Hours In Emergency looked at single parenthood with 219,000 watching.