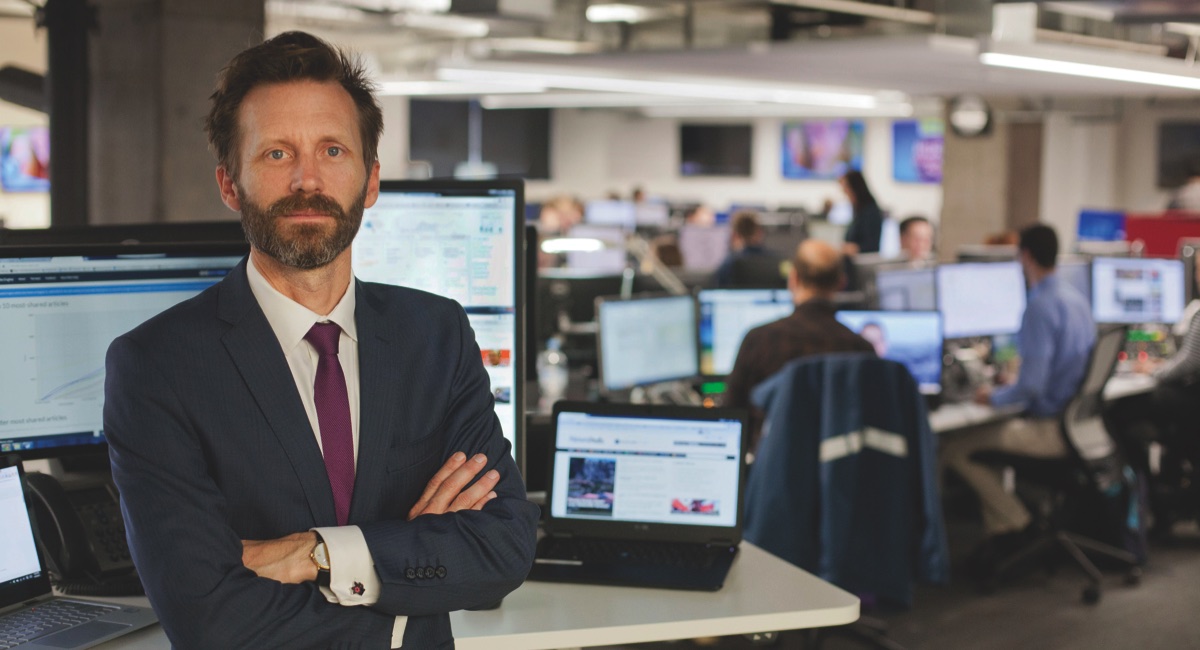 MediaWorks chief news officer Hal Crawford faced a test recently with the launch of The AM Show, a replacement for the Paul Henry breakfast show that ended a successful run at the end of last year. Like the Henry show, The AM Show is also simulcast on TV and radio.

A former ninemsn editor-in-chief, Crawford joined the broadcaster on June 1 last year and the TV news audience grew in the second half of the year. Henry was frequently winning the 25-54 demographic against TV One’s Breakfast. The radio wins were less dramatic.

The company had a setback when Paul Henry resigned – for lifestyle reasons – putting the much-improved timeslot at risk.

Crawford, a digital expert new to TV newsrooms, says he has learned a lot about television since he joined and says he knows The AM Show win is important. It’s important because TV still delivers the bulk of Three revenue.

Crawford runs a converged TV, radio and digital newsroom. He was hired at a tough time for Three after previous management had diminished the influence of the news division to focus on reality.

His expertise was a major plus for a firm that had invested too little in digital in the past. He says the key issue for success working in the New Zealand news market is remembering the smaller scale. There is less competition, but the market is much smaller (about one-fifth the size of Australia).

“In digital the New Zealand news market is very different to Australia,” he told Mediaweek.

“It’s healthy but dominated by two companies – Stuff (owned by Fairfax) and nzherald.co.nz (owned by New Zealand Media and Entertainment). Those companies are both trying to merge.

“The rest of us are grouped below that,” Crawford said. He was hired to get MediaWorks up to speed in digital. Past owners were over-indebted and there was too little investment in digital. New owners (Oaktree Capital) recognised they needed to do more, Crawford said.

It is different here. “Ninemsn was a digital company from its inception in the late 90s and MediaWorks was not, so there was a huge cultural difference,” he said.

After The AM Show, a big change for news is the Kiwi version of The Project screening weeknights in Three’s troubled 7pm timeslot. The comedy news show will replace a traditional news magazine format called Story. The Kiwi Project launched on February 20, with the presenters and promotions apparently focused on the entertainment.

Asked if the New Zealand Project would be less news-focused than the Aussie Project on Ten, Crawford said: “I don’t think you can make any calls on that yet. It’s obviously a news-based show – which is super important to me.”

MediaWorks has said The Project will be a joint venture between news and entertainment divisions.

Crawford said he enjoyed working in New Zealand. “People are willing to give things a crack here.

“For whatever reason there are quite a lot of experiments going on here and a lot of developments in issues like what constitutes fair dealings, a major legal issue between Sky TV and other media companies.

“We are going to set precedents here that will have an effect around the world.”