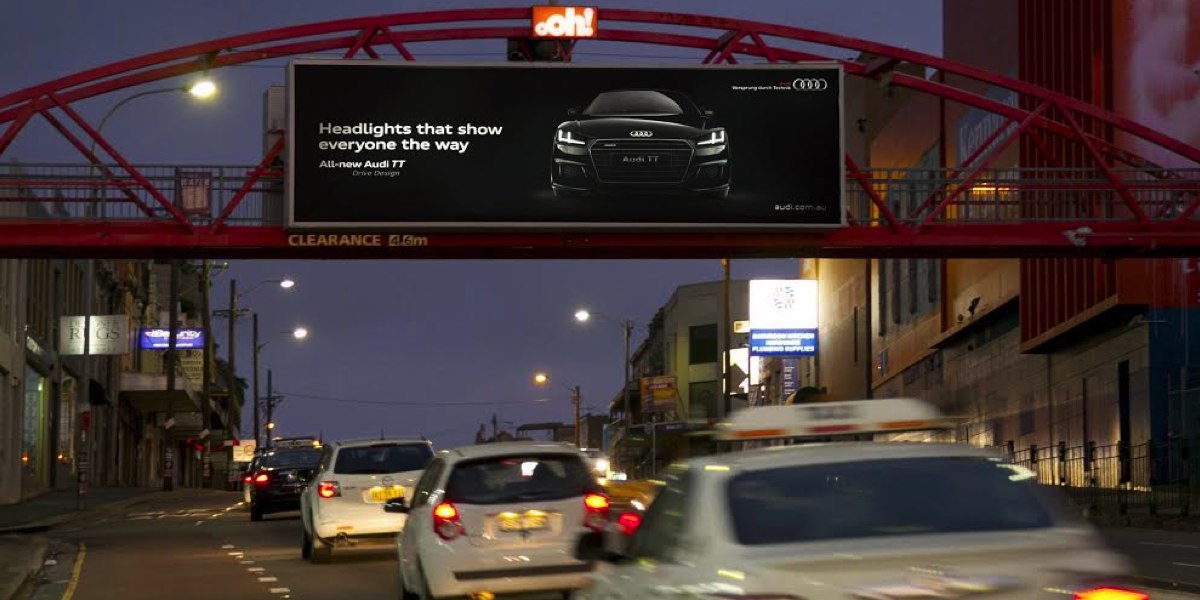 MOVE (Measurement of Outdoor Visibility and Exposure) has announced the findings from its 2016 data update, revealing the national audience for out-of-home (OOH) has grown by 2.8% year-on-year.

This is the sixth successive year of audience growth for the industry, with OOH audiences increasing a total of 20.3% since 2010.

The 2016 update sees 200,000 more people, on average, in OOH environments each day. OOH can now reach 12.4 million people daily who are making 52 million trips across the five markets measured, an increase in exposure for the vast majority of the 80,300 advertising faces measured by MOVE – the audience measurement currency of the outdoor industry in Australia.

As OOH becomes more entrenched in the city landscape – creating and enhancing public spaces – it provides advertisers the ability to increase engagement with targeted, receptive and alert audiences. 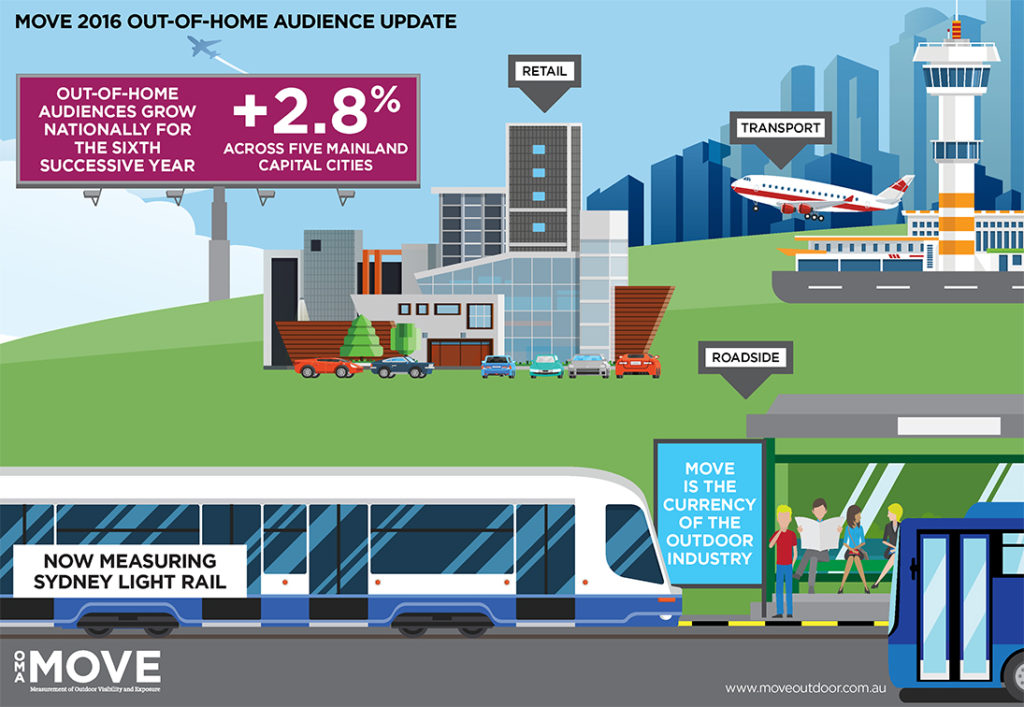 “MOVE tells us that nine out 10 of Australians leave home each day. Our latest research, The Primal Advantage, adds to this, providing us with proof that when people leave their homes, their primal instincts kick in, making them more alert and receptive to advertising messages,” said Charmaine Moldrich, CEO of the OMA and MOVE.

“This primal urge to ‘survive and thrive’ means we are hardwired to scan our environments for events that impact us, or that are linked to our goals and interests. Brands, agencies and media owners all share the same goal – to grab the attention of their audiences – and the 2016 update proves that if you want eyes, then OOH is a clear winner,” Moldrich continued.

The 2016 update reflects new data in the system including: updated Australian Bureau of Statistics (2014), population and employment levels across more than 17,800 separate travel zones, changes to transport infrastructure, changes to public transport routes, new signs and updates to trip attractors in each travel zone, including shopping centres and school enrolments.

Also included in this update is a new format, the measurement of Sydney Light Rail (advertising on the inside and outside of light rail).

This increase in audiences follows on from the continued revenue growth the industry is enjoying. The industry’s latest figures for August 2016 see year-on-year growth at 18.2% building on annual growth last year (2015) of 17.0%.