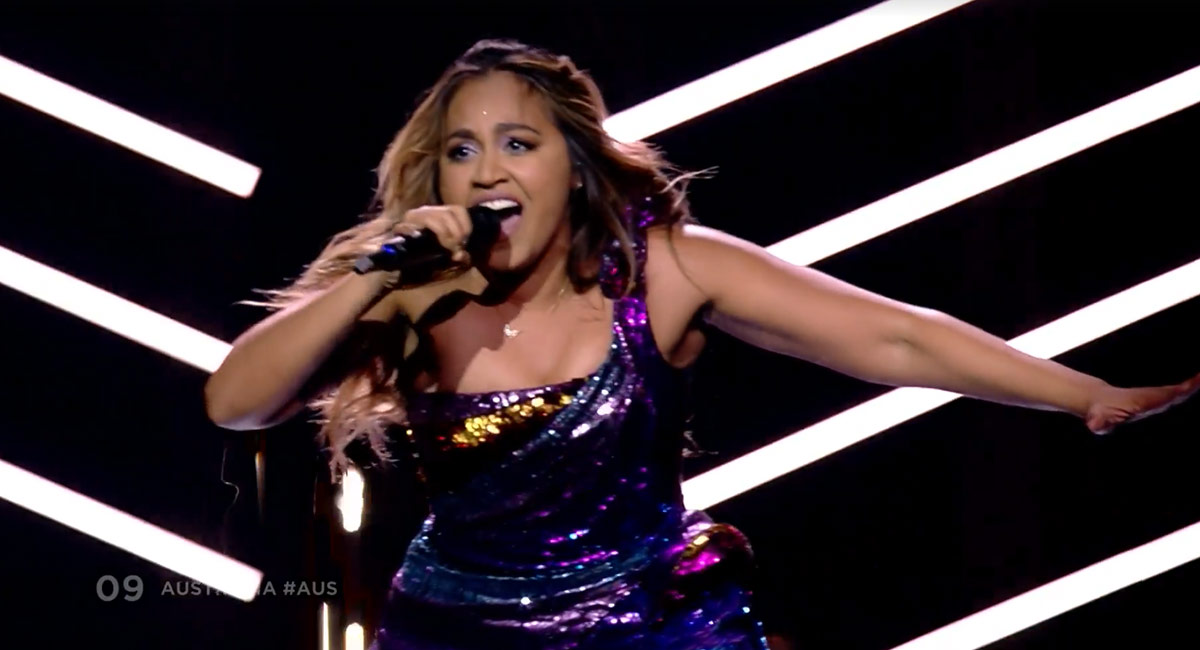 Russia was the biggest shock in semifinal when it failed to qualify for the grand final.

After an impressive performance this morning during the second Eurovision semifinal, Jessica Mauboy (pictured on-stage above) has qualified for Sunday’s Eurovision final.

The 10 countries that qualified through to the final this morning were:

• Serbia: “Nova Deca” by Sanja Ilić & Balkanika
• Moldova: “My Lucky Day” by DoReDoS
• Hungary: “Viszlát Nyár” by AWS
• Ukraine: “Under The Ladder” by MELOVIN
• Sweden: “Dance You Off” by Benjamin Ingrosso
• Australia: “We Got Love” by Jessica Mauboy
• Norway: “That’s How You Write A Song” by Alexander Rybak
• Denmark: “Higher Ground” by Rasmussen
• Slovenia: “Hvala, ne!” by Lea Sirk
• The Netherlands: “Outlaw In ’Em” by Waylon

The final result this morning was determined by a combination of televoting and professional jury results. The televote took place during the broadcast of the live show, and the jury cast their vote after watching the second dress rehearsal held on May 10.

The 10 chosen finalists from the second semifinal will participate in the Grand Final this Saturday alongside the 10 countries that qualified from the first semifinal, as well as the Big Five and host country Portugal.

Russia was the biggest shock in semifinal when it failed to qualify for the grand final. It was the first time Russia failed to qualify in 20 years, although it did not take part in 2017 when the competition was held in the Ukraine.