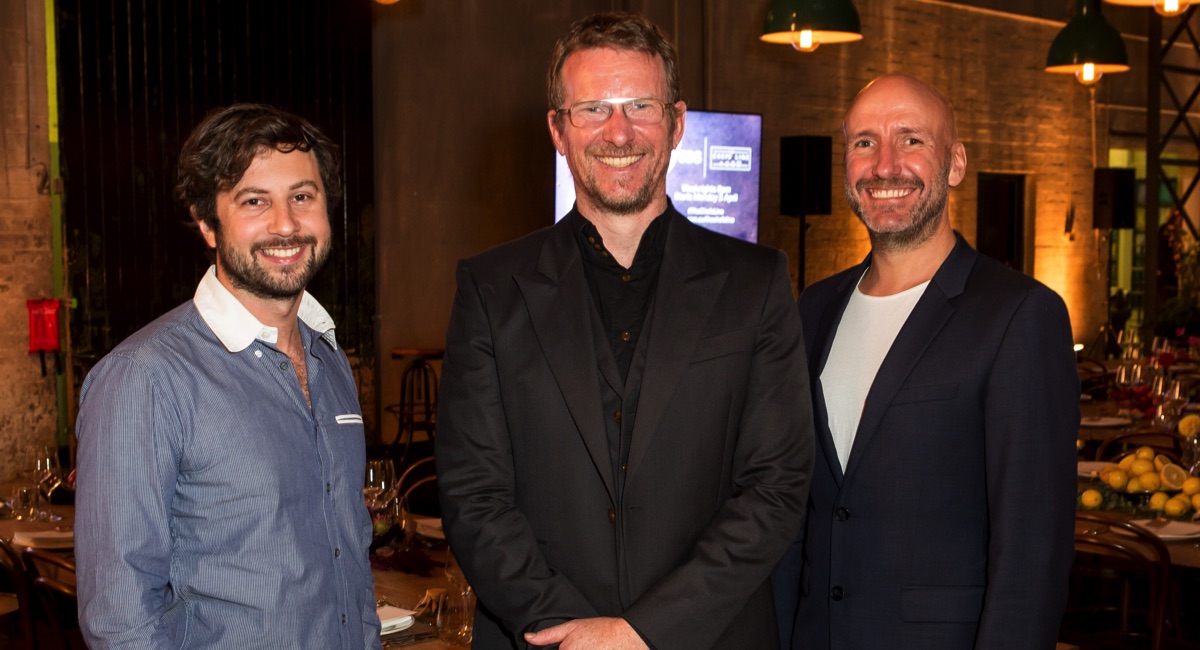 The two partners of the production company Eureka TV have been busy juggling a handful of projects they have managed to have commissioned over the past few months.

It has been a hectic first year for the business which was only formally announced in January 2016.

Chris Culvenor and Paul Franklin have worked together for almost 10 years, Culvenor told Mediaweek on a visit to their new Sydney offices. In addition they have opened up in Santa Monica, California.

They first worked together at FremantleMedia Australia and then later at Shine Australia before they both moved to Shine America. Culvenor launched 10 new series during his time at Shine America, where he was executive VP development, more than tripling production output. Franklin is best known as the MasterChef man, the key creative architect behind the MasterChef format changes that were exported globally. He also worked on more than 10 series and worked as executive VP programming at Shine America.

As to the different skills they bring to the business, Culvenor explained Franklin is the expert at executing and making a series, while Culvenor works on the creative, development and sales. “We were both coming to the end of our contract at Shine America and working together was something I first suggested to him. After some discussion we decided to make the leap on our own.”

“It certainly wasn’t a decision we made quickly,” added Franklin. “We had not discussed it in the past, but when we did we realised we had a great working relationship and bring to the new business complementary skill sets.”

Culvenor: “We then started working on what we thought the next generation of a startup company would look like. We started shopping that around to various production companies and studios who might have wanted to partner with us.” Eureka has partnered with FremantleMedia International (FMI), which has a 25% stake in the business. “We operate independently, but they were able to invest the capital we needed to grow quickly.”

As part of that deal with FMI, the company gets distribution rights to Eureka content.

Franklin, who has worked in Australia, the US and the UK, realises the amount of opportunity for a production house brimming with fresh ideas. In 2016 US networks screened over 400 scripted shows alone, and there is speculation that could push above 500 in 2017.

“To have a company that has a foothold in Australia and the US is something very exciting for us and positions us differently to any other company. We are lucky we know all the broadcasters in the US and we also know everyone in the Australian market.

“It is challenging and hard work, but our setup gives us an edge because we have visibility across so many markets.”

Culvenor: “A core focus initially was to build a bridge creatively between the US and Australia. We could find a great idea in the US and bring it to Australia and also create original IP in Australia and take it to the US.”

Eureka is already doing several projects with US broadcasters, nearly all of them with companies that either one of the partners has worked with in the past. “We have both built good partnerships over the past 10 years, and with that comes a lot of trust.”

In Australia, Eureka is already working with SBS, Seven and Nine, while in the US it has five projects under way.

Franklin noted they are also looking at creative partnerships outside of their own company. “We know what it takes to make a program work. There are a lot of people with concepts which could be anything from a game, a book, to a celebrity, and we can look at the property with a view to turning it into something that is new and fresh.”

As to the genres Eureka will be best known for, Culvenor said: “Our track record has been in the competitive reality space and entertainment and during our time in the US also comedy.

“If you look at our series that are launching we have a comedy series with Seven, a cooking format with SBS and we are involved in co-producing [with ITV Studios] The Voice. In the US we have two other comedy projects.

“Our sweet spot is big reality, both closed ended and the ability to strip, which is what we are doing with SBS.” 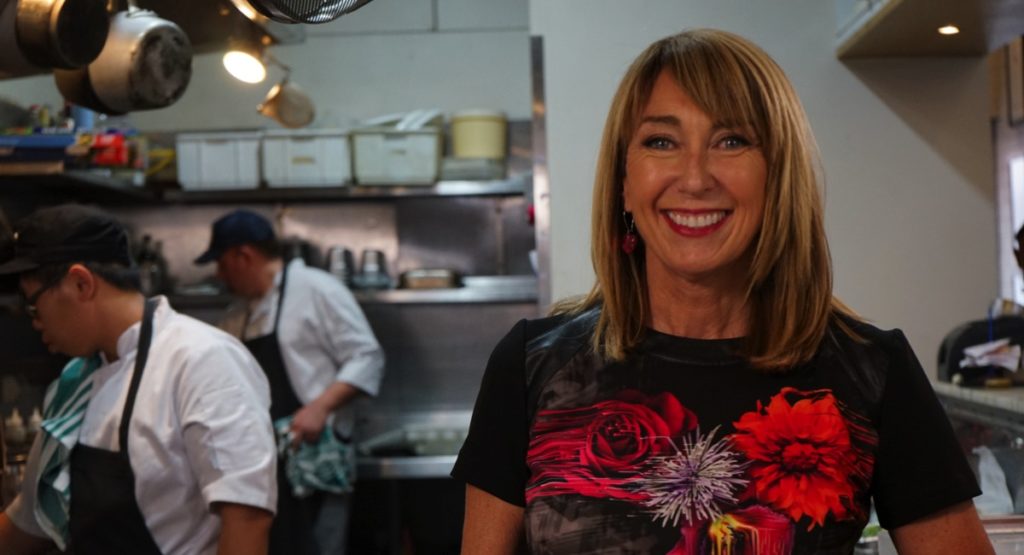 When asked about possible SVOD commissions, Culvenor noted they have good relations with Netflix and Amazon, but there is nothing to announce yet. “We are developing in the scripted space in the US and we are working with Brendan Cowell on an original series currently in development with [an unnamed] network.”

As to how big they want Eureka to be, Franklin said: “We are pretty ambitious. We are excited about the opportunity to start from scratch. It is boutique at the moment, but we want to see it grow.”

Culvenor: “We are both very hands-on. At any Eureka production you will see Paul or me on set – we don’t want to be a big corporate. As we scale up it is about getting the best people. We have a great team here and in the US.”

Culvenor: “We sell ourselves by our creative ideas but we also have the pedigree to execute on it.” What is the TV market after? “There is currently a need for huge reality shows and then cheaper fare at later timeslots.”

The Chefs’ Line, SBS from April 3

Culvenor: “With our pedigree in cooking we really wanted to come at the genre with a fresh perspective. We realised that no one had used the hierarchy that exists in a commercial kitchen. We have shot 65 episodes and we are very happy with the result.”

Franklin: “It is a stand-and-stir cooking show, but it is a very fresh take on it. Each week the show resets with a totally new restaurant and a new set of home cooks. It is not tricked up with any weird challenges. Having fresh contestants each week makes it buzz. Outside of showing off their cooking skills, they are not competing for anything…there is no prize money or a guaranteed job at the end. For the people taking part it is just fun and they don’t have to give up several months of their life.”

All the contestants are passionate about one particular cuisine.

Franklin: “It is a perfect fit for SBS. It was a brave commission from Marshall Heald and the team, but when you see the cast, and the restaurants, it is such a natural fit.”

Although The Chefs’ Line does not have the budgets of a program like MasterChef, Franklin said they have a good product on screen after being smart and careful where they spend the money.

“If MasterChef and My Kitchen Rules play at one end of the spectrum, this plays at the other end. In our show the lead story is very much food.”

On the Monday to Thursday episodes the home cooks compete against the restaurant cooks starting from the apprentice to the head chef. On Friday’s episode, host Maeve O’Meara visits the restaurant taking viewers behind the scenes.

Culvenor noted it is very much a format that can travel. “The Chef’s Line will be the headline format at MipTV in April where FremantleMedia International is putting of lot of marketing behind it. The idea that the format was sold in Artarmon, made in Alexandria and can be the #1 format in Cannes is very exciting.”

Other formats: Behave Yourself

Dan Ariely is a best-selling author and academic from Duke University where he is professor of Human Psychology and Behavioural Economics. Culvenor explained: “We have licensed the worldwide rights to a game Dan developed and we have worked with Seven to develop it into a comedy game show with celebrities. It will be hosted by Darren McMullen. It is an original Australian format and we already have several networks interested in adapting it for the US.” Production has been under way in Melbourne.