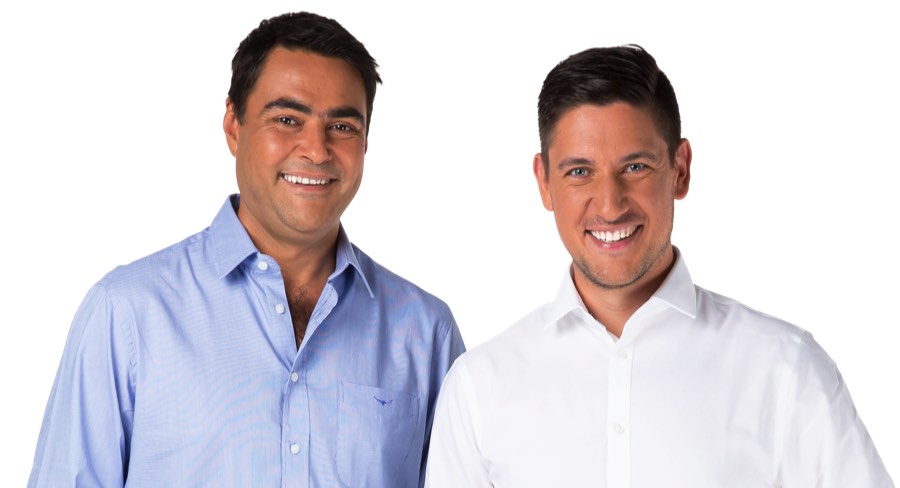 Part 1: FiveAA breakfast EP Andy Ruzgar on the close battle between his station, ABC and Mix for the #1 breakfast spot and ratings

David Penberthy has spent much of his media career in newspapers. He has edited news.com.au, Sydney’s The Daily Telegraph and Adelaide’s The Sunday Mail.

This meant many late nights in the office so it was a big lifestyle change in 2015 when he took a job as a breakfast presenter on Adelaide’s only talkback station FIVEaa.

“Going to bed early sucks and I am not a morning person. With newspapers, particularly in Sydney, I was rarely home before 11pm. Now, I am barely awake after 11pm,” Penberthy told Mediaweek. “That has been a hard and weird transition.”

However, after four years in breakfast radio, one would think he is used to it.

“I can’t lie. I am bloody hopeless. I have gotten to the studio at two minutes to six on a number of occasions,” he said. “Then there was also that one infamous day where my phone died overnight and I didn’t get in until 6:40am. Will has never let me live that down.”

Will Goodings, Penberthy’s on-air partner, comes from a political background. Prior to becoming a radio presenter, Goodings was the senior advisor for some of South Australia’s top politicians.

The diverse professional backgrounds of the FIVEaa presenters is a part of the reason why the show is successful with listeners in Adelaide, according to Penberthy. “Coming into work never feels like a chore,” he said. Besides, politics is only one part of the show that aspires to mirror what life in Adelaide is about.

“It’s not just three hours of politics. We are not PBS NewsHour,” Penberthy said.

This is perhaps the reason why he and the FIVEaa breakfast EP Andy Ruzgar look to Melbourne’s Ross and John on 3AW for inspiration.

“Ross and John capture the mood of Melbourne like the way we capture the mood of Adelaide,” Ruzgar said to Mediaweek. “The proof is in the pudding. It is the most successful radio show in the country. It’s a breakfast show that ranks #1 and has a share of 19% on a bad day. The #2 breakfast show in the city is about 10% behind them – it’s just crazy.”

The show has the right balance of everything, says Penberthy.

“I am not a fan of the overly hectoring tone of some of the better known broadcasters in Australia,” he said. “I like that more laidback Melbourne-style tone on Ross and John. There are issues they get fired up about, but there are a lot of conversations about how lucky they are to be living in Melbourne.

“I don’t want to do an ‘everything is stuffed’ program where you spend three hours hectoring people about nothing other than government failures or societal problems.”

To Penberthy radio is “like the broadcast version of the daily news conference we used to have at the paper”.

He hasn’t cut all his ties with print journalism. Penberthy still writes a weekly local column for The Adelaide Advertiser and a national piece for News Corp papers around the country.

However, it’s been four years since he left his full-time job in newspapers for radio and he is still learning the tricks of the trade.

“I still think I am no good at it,” Penberthy said. “It’s something that I found super challenging on the first day and still find challenging today. It’s a complete different style of storytelling – delivery, speaking and structuring interviews.

“Print journos are always the ones at press conferences who ask longwinded, meandering questions with about four different subclauses.”

It’s a habit that Penberthy is still trying to phase out, because in radio you have to be “brief, immediate and sharp”.