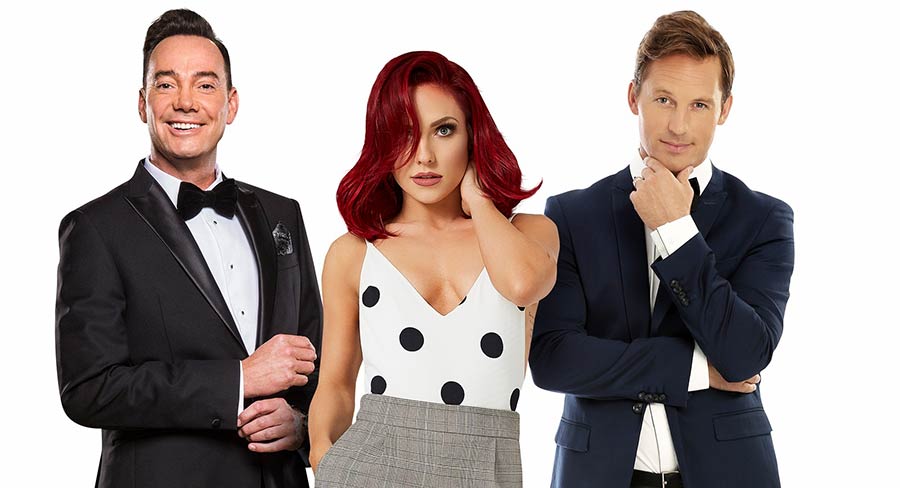 International dance heavyweights Craig Revel Horwood, Sharna Burgess and Tristan MacManus have been revealed as the judges on Network 10’s Dancing With The Stars which in two weeks on February 18.

The 11 celebrities will be performing for judges Craig, hailed as the tough judge on Strictly Come Dancing UK, and two Dancing With The Stars US alumni – Sharna and Tristan.

Born in Victoria, Craig is a British based choreographer and theatre director. A member of the original Strictly Come Dancing judging panel in the UK every season since its inception in 2004, he knows when a star has or doesn’t have the goods and isn’t afraid to tell them.

Craig said: “I can’t wait to come back home down under and give the Aussie stars the real, unfiltered Craig treatment. I will be watching every move, there is no hiding bad technique or poor posture on my watch. I expect nothing less than perfection. And while these celebrities might be famous in their own right, the dance floor is my domain so they better be ready to rumba.”

Sharna’s resume is something worth high kicking about. A Wagga Wagga girl done good, she has competed as a professional dancer in no less than 12 seasons of the American version of Dancing With The Stars. That’s a whole lotta routines! She most recently took home the disco ball trophy in the 2018 season with radio host Bobby Bones.

Sharna said: “Having been a pro on America’s Dancing With The Stars for the last 12 seasons, I am so excited to be coming home to bring my knowledge and passion from the US to this stellar line up of Aussie talent. I can’t wait to see what these amazing dancers have in store for us all.”

Rounding out the judging panel is Tristan MacManus. This handsome Irishman has partnered with Pamela Anderson and Gladys Knight on the American version of Dancing With The Stars. Tristan just so happens to be married to an Aussie so that basically makes him one of us.

Tristan, on whether he will be awarding perfect scores to any of the celebrities, said: “I can see myself giving a 10 but I’m not going to trot them out willy nilly. I like to think I’ll give one when it’s due and necessary if I gave someone a 10 one week, I’d easily give them a five the following week just to pull them back down if that’s what they needed! “

Dancing With The Stars premieres live on Monday, February 18 at 7.30pm on 10 and WIN Network.

Dancing With The Stars is produced by Warner Bros. International Television Production Australia and BBC Studios, from a format created by the BBC and distributed by BBC Studios.