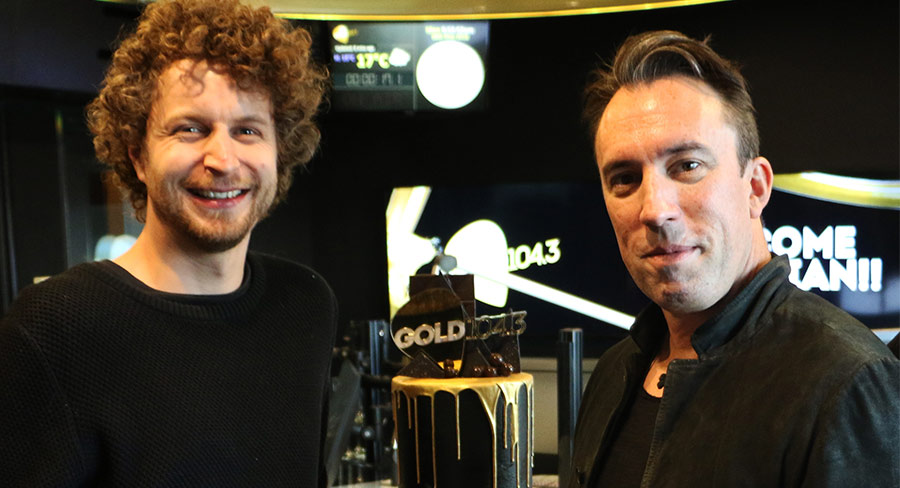 Just days after finishing his 12-year career as host of Absolute Radio breakfast in London, Christian O’Connell has been welcomed at his new home – ARN’s Gold 104.3 in Melbourne.

O’Connell’s last day on air at Absolute was Friday May 18 and he flew out to Singapore en route to Australia later that day. After a few days in Singapore, where O’Connell celebrated the 20th anniversary of his wedding to wife Sarah, he landed in Melbourne at the end of last week. After just one week off between gigs, O’Connell landed back in reality big time on Monday. He reported for work at ARN’s Richmond studios and was putting out his rubbish at his new Melbourne home.

This week O’Connell is working on his new Melbourne show with local sidekick and producer Jack Post and acting EP Nick Daly, who is an Aussie who has worked with O’Connell at Absolute. Listeners might be hoping he leaves much of the getting-to-know his new colleagues for the program, which will be fun.

ARN staff lined the corridor to welcome O’Connell and Post, who arrived at the studios for the first time together. They then ran through a banner to enter the studios.