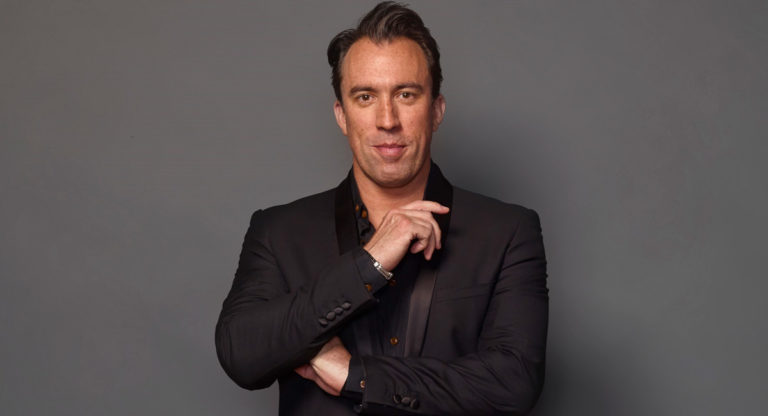 ARN confirms one of biggest-ever radio gambles in Melbourne market

• ARN confirms one of biggest-ever radio gambles in Melbourne market

Just one week ago under the headline “Christian O’Connell starts journey to Gold Melbourne” Mediaweek reported on radio’s strangest move in a long, long time.

The award-winning London radio star had just told his Absolute breakfast radio audience he was departing without telling them where to – that part of his message will be explained on his Friday show (tonight Melbourne time).

O’Connell expects them to be gobsmacked, but probably not as much as his potential Melbourne audience, some still puzzled by the departure of Jo and Lehmo.

O’Connell’s family needed some convincing too. “Is this a midlife crisis?” asked his daughter.

ARN national content director Duncan Campbell has rolled the dice big time, again. He has had to convince his new radio boss Rob Atkinson and also HT&E chief Ciaran Davis, who keeps a close look over the radio business, which is the big earner, that it was the right move to drop the #1 FM show in the market and replace it with a complete unknown.

When you listen to O’Connell at work, however, it is easy to understand what Campbell sees in him. Absolute breakfast is a great show with compelling content. The big challenge of course will be to reproduce that success here.

ARN reports that when looking at the opportunity to move to Australia, Christian O’Connell said he and his young family specifically chose Melbourne as the city they wanted to settle in.

“The chance to move to Melbourne was an opportunity just too good to pass up because, well, who wouldn’t want to move to the world’s most liveable city?” said O’Connell.

“My family and I chose Melbourne for the lifestyle, comedy and arts culture, and, obviously, the coffee. And the wine. Did I mention the wine? And I’ve also heard you get a bit more of something called ‘the sun’. The decision to leave the UK has been the hardest of my life, but we can’t wait to start this new adventure.

“Radio is my life, and I’m excited to bring my breakfast show to Gold 104.3, Melbourne’s strongest music station. I’ve always seen being on radio in the morning as a great privilege – to be someone’s mate in the morning – and I’m looking forward to bringing something fresh and new to listeners to help them kick off their day.”

As to explaining his decision, Duncan Campbell said: “ARN is committed to creating the future of audio entertainment, with radio at the core, and having talent the calibre of Christian O’Connell on our network is key to our strategy.

“Christian’s radio show is like nothing Melbourne has heard before and this change is a bold, progressive move for ARN and the entire local industry.

“His sense of fun, relatable humour and quick wit will be perfect for GOLD 104.3 and Christian is regarded as being one of the best interviewers around with his radio show known for great guests including his mates Ricky Gervais, Chris Martin from Coldplay, Liam Gallagher and U2. Even the hard-to-please Jeremy Clarkson said ‘he does the best interviews in the world’.

“In 2018 we have injected fresh, new personalities and energy into our stations across Australia with three other new shows, complementing the already successful #1FM and #2FM shows across our network. Announcing Christian’s new Breakfast show for Melbourne’s GOLD 104.3 is the final piece in our national content strategy, and is a key part of ARN’s wider strategy to re-energise our offering to Melbourne and to the Pure Gold network overall.”

Until his departure from Absolute, it is business as usual for O’Connell as he takes his show to Birmingham on Monday.