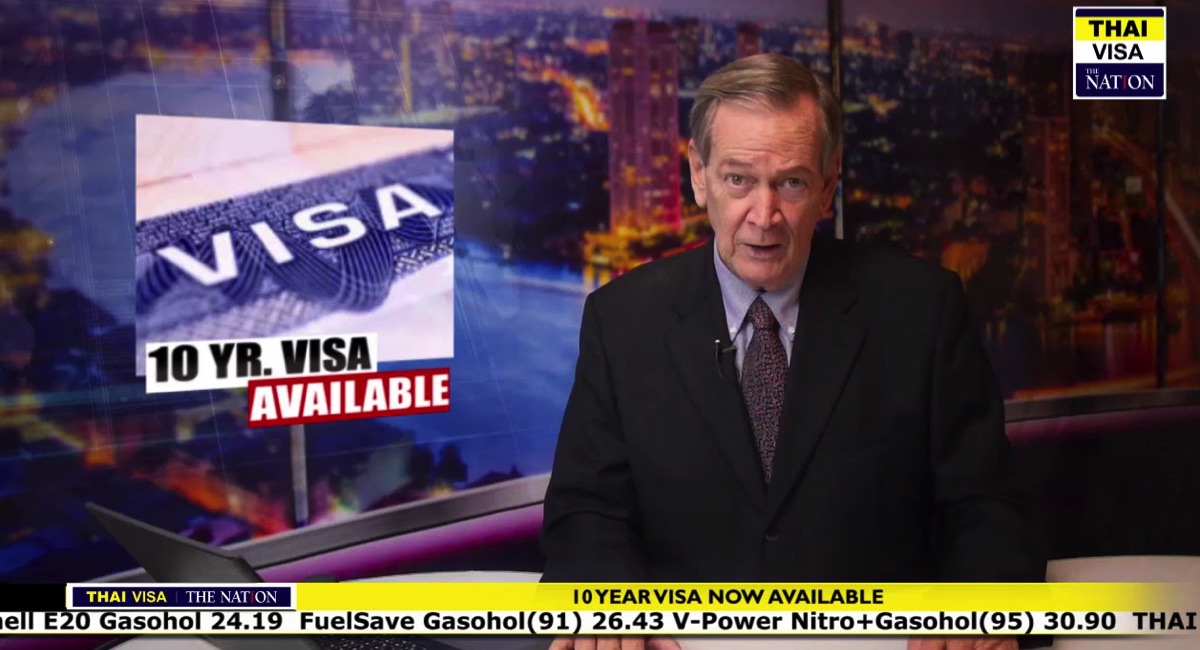 There’s nothing like getting the boot from the ABC for a bloke to get on his bike and bugger off to Bangkok via a Sydney stopover, which is what veteran Aussie broadcaster Rod McNeil did, sort of.

“Like millions of other travellers I had enjoyed holidaying in Thailand, and it seemed the obvious place to go when I was asked to take early ‘retirement’ from the ABC in Melbourne,” he told Mediaweek.

“I didn’t think the newsroom where I’d worked for years was running all that well under the latest director, so I accepted the offer, albeit under duress, and contemplated the future.

“I first spent some time back in Sydney where I was unknown on the media scene after so long away, and thought working in Thailand might be a possibility and came up to see if I was only dreaming.” Turns out he wasn’t dreaming.

McNeil first joined the ABC’s 3LO in Melbourne in 1985, as announcer on the breakfast program, which has ranked #1 three times and included interviews with stars like Mel Gibson, Kylie Minogue, Barry Humphries, and Lou Rawls.

In 1992 he joined ABC Radio News as senior newsreader of Victorian morning news bulletins until his ABC Melbourne career finished in 1999.

McNeil kicked off the next century in Sydney, with spells as a presenter at Classic FM Radio, and at 97.8FM as producer and presenter of the Saturday music program, Jazz Plus.

He then travelled to Bangkok, working as an English teacher before joining Capital Television Group, run by former Nine Brisbane reporter Raine Grady and her Australian cameraman partner Les Nyerges.

“Capital TV was doing very interesting work in Thailand catering to the English-speaking market with weekly hour-long shows in three cities,” he said. “I became one of the reporters who reported from Thailand and beyond.

“For a time we were producing two stories a week in Phuket, and other stories were produced each week in other regions.

In October 2015, McNeil joined the ThaiVisa News venture, where he worked until January this year.

“It was a rewarding experience working on a daily bulletin designed for distribution online,” he said. “Some of our bulletins remain online at ThaiVisa News and include some remarkable footage.”

These days, McNeil has slowed down a little, telling us: “I’m not really doing as much as I was, but I’m still here and advising and editing news for the Thai Public Relations Department, which has a National News Bureau website and runs a news bulletin on NBT World.

“This is my fifth year in that advisory and hands-on editing role, much of it online. The young Thai reporters writing the news stories are bright and capable but have their share of lost moments that need editing. It is still an exercise and atmosphere I enjoy being a part of.”

Reading McNeil’s CV is like taking a trip down memory lane through the golden era of Australian broadcasting.

He kicked off his career in 1961 as a contributing editor to a PNG Administration monthly news publication, and says, “In PNG I eventually had the good fortune to join the Port Moresby station 9PA as an announcer, and from the age of 20 onwards I have always worked in radio or television.

“As a boarder in Brisbane I first saw TV, especially in shop windows, and was captivated of course. The late Ron Brady was the star news reader at the ABC in Queensland in those early days.

“Later, when I moved to ABC Sydney from Port Moresby in the 60s, I was able to work in TV news with some frequency for the first time.

“Two very good readers, James Dibble and Ross Symonds, were already fixtures at the Gore Hill news studios, so I was lucky to get a look-in.

“It was still the black and white era, but great events were happening all around us and we would often have film of European dramas within a couple of days of the incident, which seemed remarkably efficient then.

“Sydney and Melbourne were linked by the coaxial cable, which gave us an instant connection during major events such as the disappearance of Harold Holt.

“I was at the Sydney end of our feverish TV news coverage that evening. I had heard the Sydney radio newsroom coyly broadcast an item saying a well-known Australian scuba diver was missing. It was pretty obvious who the item referred to.”

McNeil said a highlight of his career was interviewing Chips Rafferty in 1971, a few months before he died suddenly of a heart attack.

“Chips had been a major figure in Australian moviemaking from way back, and had become an Aussie icon in the process, and I remembered him coming to PNG to make Walk into Paradise.

“Chips, who even sang for me, referenced a society that existed in pre-war Australia, and the interview with Chips, with clips from his movies, is available on YouTube as a tribute to the great man.”

But getting back to the “stellar” (as he’s been described) Rod McNeil, the big question is if retirement is imminent? But funnily enough, that’s a question Rod simply ignored.