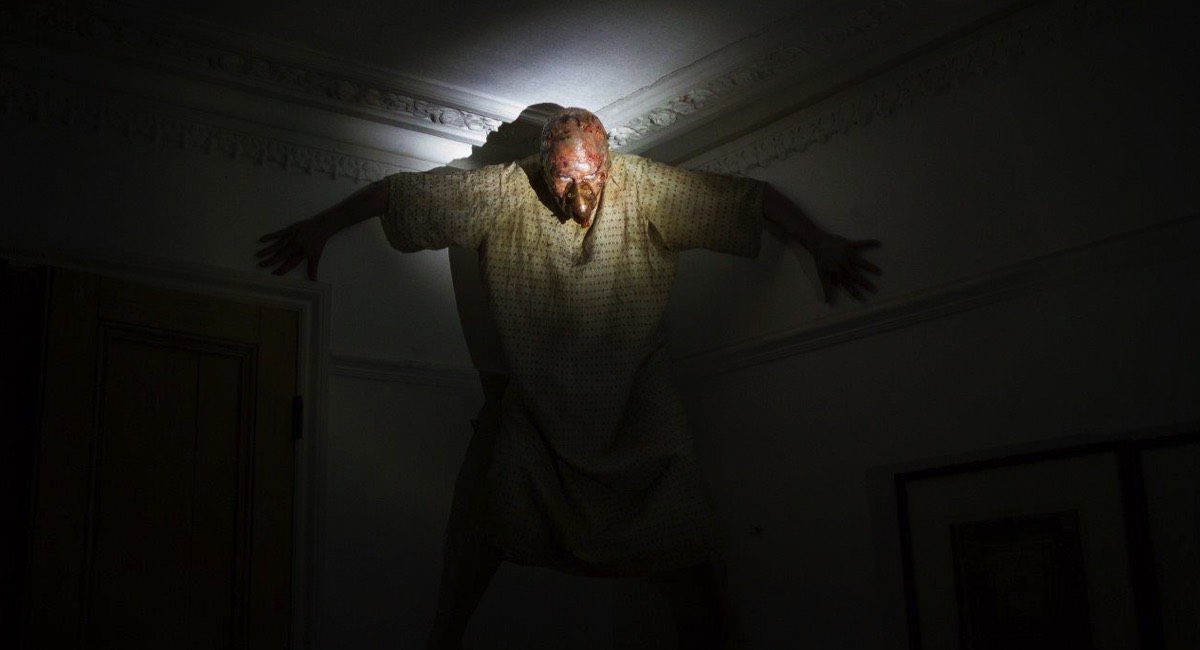 Sydney TV host and culinary personality Audra Morrice has been named as one of three judges for the new MasterChef Singapore series, which will debut on Mediacorp’s Channel 5 in Singapore on September 2, and will also be available on Toggle’s video on demand. Morrice, a chef who moved to Sydney from Singapore in 1998, was a finalist on MasterChef Australia in 2012. She launched a TV series, Tasty Conversations on SBS Food, Australia Plus and on fyi, the Southeast Asian TV lifestyle channel, and she was a judge on MasterChef Asia. In 2017 she featured Meet The Sydneyporeans, a three-part video miniseries on Qantas Airways’ YouTube channel, part of a tourism campaign jointly organised by Destination New South Wales and Qantas Airways.

The other two judges booked for MasterChef Singapore are Bjorn Shen, who appears on various TV shows in the region and is the chef and owner of Artichoke, Singapore’s first modern Middle Eastern restaurant, and Damian D’Silva, executive chef of Folklore restaurant in Singapore. Singapore’s Mediacorp and ride-hailing company Grab signed an MOU on Monday to co-create content for passengers. The move will also provide more income for Grab drivers in Singapore. The companies said in a joint media release, “Mediacorp and Grab will co-create tailor-made content for in-transit viewing on Grab’s in-car tablets as well as Mediacorp’s suite of platforms and distribution network. This will enable Grab’s passengers to access high-quality content – such as short-form dramas, sitcoms, variety shows and headline news – for free while en route to their destinations.”

Thailand’s largest entertainment company GMM Grammy has struck a deal with Netflix, entering into a multi-title licensing agreement that provides Netflix with content production and more than 700 hours of Thai TV content. The deal sees GMM series such as Hormones, Bad Genius and O-Negative running on Netflix, together with 11 new series, including The Judgement, The Monkey Twins, and Bangkok Love Stories season two. Erika North, director of international originals at Netflix Asia-Pacific, said, “We believe great stories travel. GMM Grammy’s diverse spectrum of content will find a global audience on the Netflix service, where our members across 190 countries will discover new and exciting storytelling from Thailand.” GMM Grammy, founded in 1983, claims a 70% share of the Thai entertainment industry, and is involved concert production, artist management, film and television production and publishing.

Mediacorp and two other Singaporean broadcasters are collaborating for the first time to bring coverage of this year’s soccer World Cup to Singapore. In a surprise joint statement on Wednesday, the trio announced that their collaboration will deliver paid subscription packages for the June 14-July 15 games in Russia, with prices the same as those for the 2014 World Cup. Singapore fans will also be able to view nine key matches on free-to-air TV with Mediacorp, five more key matches than in previous World Cup years.

Elle Singapore will no longer be published in print or online as of September this year. Publisher Mediacorp announced that it will not be renewing its licence for the global fashion magazine and said, “The October 2018 edition of Elle in Singapore, to be released in September 2018, will be the last one published by Mediacorp.” Mediacorp also announced that it will close SmartParents, its website providing parenting advice and How-Tos, and will shut print editions of English-language 8 Days and Chinese-language i-Weekly, which cover trends in entertainment, celebrities and lifestyle, and move these titles to “a fully digital future. iflix’s new Malaysian-based creative production house for short-form video content, Studio2:15, has commissioned a series called Caraoke Drift and launched Cupid Co. Caraoke Drift, produced by Pixel Play, features Leona Chin, Asia’s leading female driver, and billed as the “ultimate girl next door spiced with spunk, speed and thrill”. Each episode will feature a celebrity taking on the challenge of completing a song in a drift car. Filming began this month and release is set for June. Cupid Co. tells the tale of a cupid named Tim who, against the laws of heaven, makes a human, Michelle, fall in love with him. The six-part dramatic series is available to stream and download for free exclusively on iflix.

Singapore Press Holdings is offering new subscribers to some of its media products a free Google Home Mini as it launches a four-stream audio service on the device. Google Home launched in Singapore on April 20, and news and podcasts from Straits Times, Business Times and MoneyFM 89.3 radio are now available through SPH’s link with Google. New subscribers who sign up receive a free Home Mini or they can top up S$79 (A$78) to receive the larger Google Home.

Cetaku, an Indonesian platform for university students, has secured an undisclosed amount of seed round investment from IDN Media, a multiplatform digital media company for millennials and Gen Z in Indonesia. Cetaku, which claims a user base of over 50,000 university students and 400 student ambassadors, lets students upload their lecture notes and receive free printed copies. Cetaku generates revenue by placing advertising into the students’ lectures notes, giving clients targeted advertising through detailed student profiles.

League of Legends creator Riot Games will collaborate with MTV to launch Hyperplay, an esports and music festival in Singapore. The festival, backed by Singapore’s Ministry of Culture, Community and Youth and the National Youth Council, will be held in Singapore on August 4 and 5. The two-day ticketed festival will be streamed live online, with key segments broadcast live in Southeast Asia. Viacom International Media Networks’ senior vice president of Southeast Asia Paras Sharma said the festival was timely as esports are expanding rapidly in Southeast Asia. “With Hyperplay, we are looking to connect with new audiences in the esports genre through a bespoke music platform featuring a diverse range of talents and the distribution of music and esports content to a much wider audience base,” he said.

Singapore’s Media Group, a company which in January this year merged four publishers, has bought SG Magazine and its online site. Media Group, which is also the parent company of Asian Geographic Magazine, publishes titles such as BBC Earth, better homes title Cromly, Food & Travel, Golf Asia, and Teenage. SG Magazine bills itself as the insider’s guide to Singapore, and Media Group’s managing director Dennis Pua said, “We are expanding our focus on digital solutions, including video, content marketing, website and app development. The acquisition of SG Magazine, which has a unique place in Singapore’s media landscape and which brings a strong digital focus to the group, will help us achieve this aim.”

• The Vietnam Television Cable Corporation (VTVCab) cancelled its April IPO on the Hanoi Stock Exchange because only one investor registered interest. The Vietnam Investment Review ran a headline saying the IPO was “unmarketable after scandal of cutting foreign channels,” noting that VTVCab arbitrarily cut 22 foreign channels including Cartoon Network and HBO without notice to customers.

• Lance Peatey, director of products and partnerships at ESPN Australia/NZ, has also taken on the role of general manager, Southeast Asia. He will continue to divide his time between Sydney and Singapore, covering both roles.

• The defamation trial against Cambodia Daily deputy publisher Deborah Krisher-Steele, brought by Cambodia’s General Department of Taxation, was again delayed on April 12, and the judge did not say when the trial will resume.

• As of May 1, DealStreetAsia.com will begin charging readers $US69 (A$90) a quarter for its exclusive stories about Southeast Asian markets, while still giving free access to aggregated material.

• Singapore Press Holdings appointed Ignatius Low as its chief marketing officer, in charge of advertising in print, digital, radio and outdoor, as well as content marketing. He takes over from Elsie Chua, who retired after 20 years with SPH.

• Voting has begun for Cleo Singapore’s Most Eligible Bachelors annual contest, now in its 23rd year. Thirty candidates appeared in the May edition of the magazine with readers able to cast their votes on the magazine’s website. The winner will be announced at a party on May 18. Disclosure: the writer of this piece, Mediaweek’s Peter Olszewski, was a Cleo Australia eligible bachelor candidate in, ah, a long time ago.

• Asia’s only regional horror, thriller and suspense movie channel, Thrill, launched the highly anticipated miniseries True Horror on April 20, same day as the UK. Betty Tsui, vice president, programming, Kix and Thrill, Celestial Tiger Entertainment, said, “The horror and thriller genre is incredibly popular across Asia and Thrill will continue to lead the way to cater to our horror fans.”