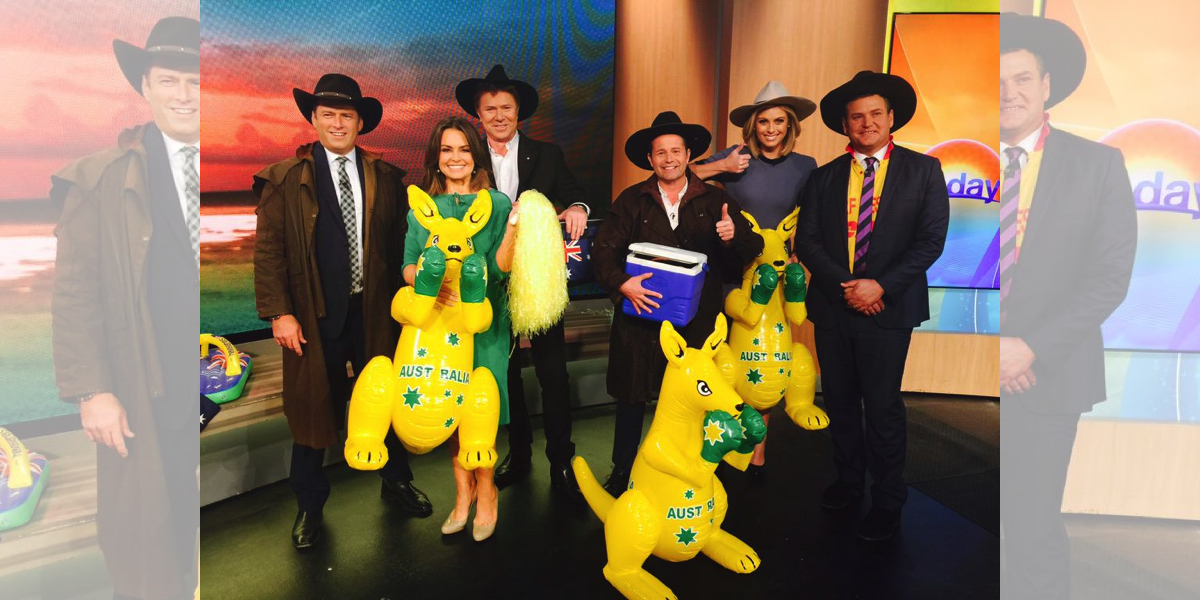 This morning Nine’s Today show kicked off three weeks of Aussie breakfast show celebrations: giving away brand new cars and more cash before starting a We Love Australia week of celebration. The announcement this morning came as Seven’s Sunrise started its around-the-world-in-five-days adventure.

The Today show team of Karl Stefanovic, Lisa Wilkinson and Richard Wilkins will be heading off to northern Western Australia, the Northern Territory, Queensland and Victoria from Monday, September 28 to Friday October 2.

Today weather reporter Stevie Jacobs will be on assignment road testing family getaways including caravanning and camping, staying on a farm in Adelaide, and hopping on a houseboat on the Hawkesbury River.

On Friday October 2 the team reunite in Melbourne at Crown Southbank with Sylvia Jeffreys and Tim Gilbert to celebrate the We Love Australia trip and the 2015 AFL and NRL Grand Finals played that weekend.

Co-host Stefanovic said: “We live in the best country on the planet. Why on earth would you want to go anywhere else?” 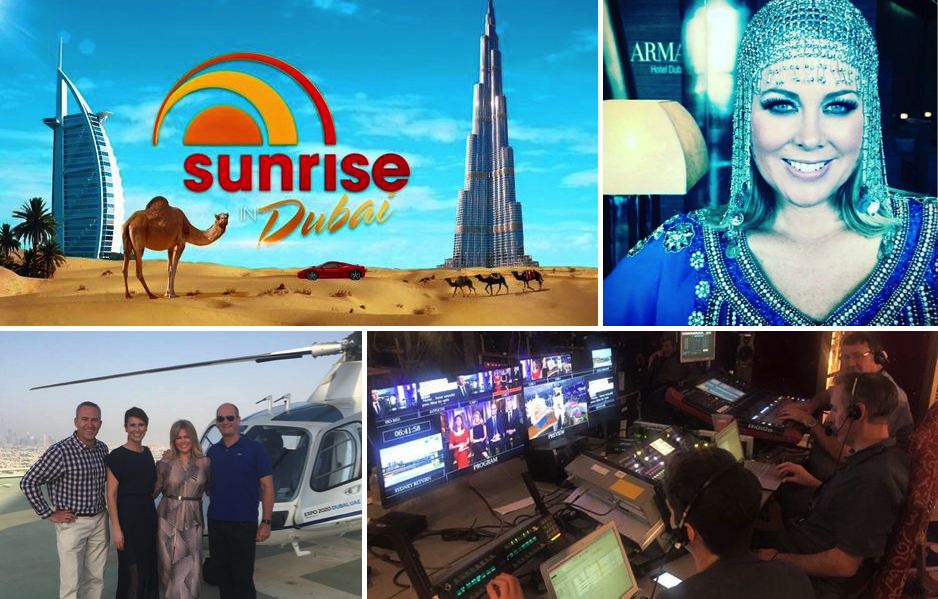 Meanwhile, the Sunrise team arrived in Dubai on the weekend to prep for the first broadcast today as they start their 5 Countries in Five Days promotion. The show was based at the Burj Al Arab hotel, going to air at midnight in the UAE with the team flying out to London just a few hours after coming off air.

The adventures on day one of the global odyssey included a trip into the desert which was nearly washed out by a rare rain storm, and shopping in one of the world’s most expensive malls.

There weren’t too many locals on the show with expat radio announcer Maz Hakim joining the Kochie’s Angels panel. (Maz works on Virgin Radio in Dubai and is the sister of the BBC’s Yalda Hakim who was back in Australia last week for the ASTRA Conference.)