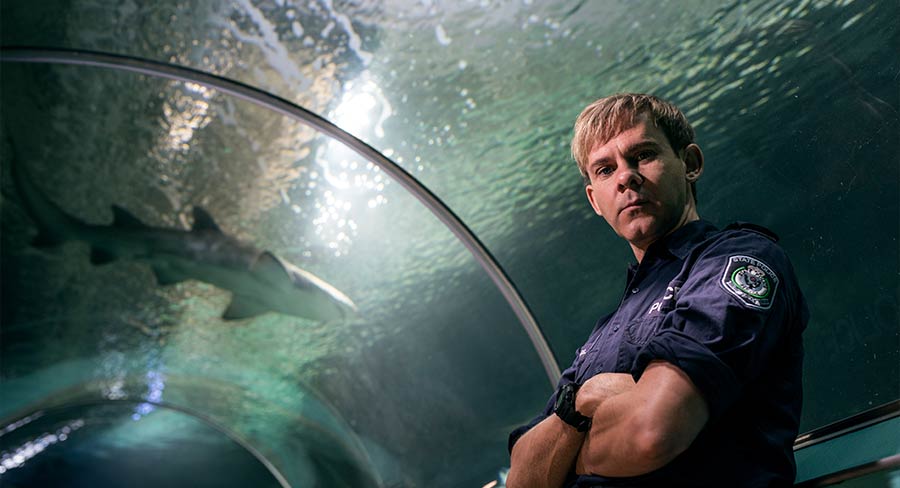 • “I don’t make decisions based on money. If I did I’d have a lot more money in my bank account now”

Playmaker Media’s crime drama Bite Club launches on Nine this week. As well as an impressive cast of Australia’s finest, the producers also cast British actor Dominic Monaghan. It was a good get for the series with Monaghan sure to spark interest because of his background in things as diverse at Lost, the Lord Of The Rings movies and Hetty Wainthropp Investigates.

It was the script that first attracted Monaghan to Bite Club. “I probably read around 100 scripts a year and say no to stuff I don’t respond to,” the actor told Mediaweek recently. “I read the first four episodes of this show and I thought it was very interesting in terms of what they wanted to do with my character and dynamic.

“I started asking my agents questions after that about where does it shoot and when does it shoot. People cared very much about the project and the character I would have been playing and they didn’t have to twist my arm too much for me to get on a plane and come to Sydney.”

He said he liked to keep busy and work most of the time. “I’d like to work as much as 330 days of the year. Because a lot of the scripts I read make it easy to say no to, I don’t work as much as I would like to.”

When it comes to reading scripts, he thinks about 90 pages are a good length. “If I get about halfway through and I am not responding, then it is usually a pretty easy no for me. If I start to think about the character and what he might wear, how he might walk and what he might say, then I know that something interesting is happening. I might read it again and then start asking business questions.” Monaghan said he has said “no” to projects he thought other people might be more suitable for. “I’ve also said ‘no’ to projects I thought were not suitable for me. They were interested in me for The Hangover. They were asking me about my interest and I said I thought it should perhaps be played by an American. There have been a few things like that and it is OK to say no to projects where others could do better.”

See also: Bite Club’s Todd Lasance on why he’s so passionate about the new drama

The actor also gets a sense of how a project could perform commercially. “I remember reading the first episode of Boardwalk Empire and it was a Scorsese project for HBO with a big budget and I knew it would be fantastic.

“I don’t make decisions based on money. If I did I’d have a lot more money in my bank account now, but I probably wouldn’t have a career.”

Monaghan’s Bite Club character Stephen is a dog-handling cop who is trying to become a detective. “He had a traumatic childhood and he was bitten by a dog when he was younger but he is good with dogs now. He is not your typical nice guy police officer and the series tells the story of him catching criminals and his relationship with other policemen.

“He is a Pom. I would really struggle playing an Australian around a bunch of Aussies – it would be pretty intimidating.”

During filming Monaghan said he got to share screen time pretty evenly with most of the cast.

He sees his role as an actor to examine other people. On the set he is always looking at what is happening around him, whether filming or not. “I see everything. I don’t necessarily subscribe to method acting. I like to have fun and create a sense of play and I try to get the crew to play with me, so when I’m in a scene I can feel free and loose, in a state of play. That’s when I usually find my best work.” When asked about the difference on set between Australia and the UK or the US, Monaghan said actors and crew aren’t fed as much as they are elsewhere. He noted the meal times were more formal, whereas in the US and the UK there is more food and more often. “That’s maybe why everyone is so skinny,” he laughed.

Monaghan credits the Star Wars movies for influencing him to become an actor. “It was the most influential series of movies I have ever seen.”

Picking what might become an influential, long-running series is impossible, Monaghan told Mediaweek.

“I have worked on shows that I thought would be around for six years at least and they only did one season. Then I have also worked on shows I thought would be around for a couple of episodes and they ended up lasting for two or three seasons. You just don’t know how it will last… I am just happy to be working on projects I like. I am happy with the work I do. If people like the show, it is a bonus.”

A citizen of the planet is how Monaghan describes himself. He’s worked in Hawaii, New Zealand and, for Bite Club, on locations around Sydney including Manly. “I like travelling and meeting new cultures and seeing new views. I enjoy working in South America and there are a lot of places that are still on my checklist.”

Monaghan has worked as a producer on his nature series Wild Things With Dominic Monaghan and some of the movies he has worked on. “I like having a little bit more control over the final product. I’m not sure about directing. I look at directors when I work and I feel sorry for them. It doesn’t look like they are having much fun and they are on set all day.”