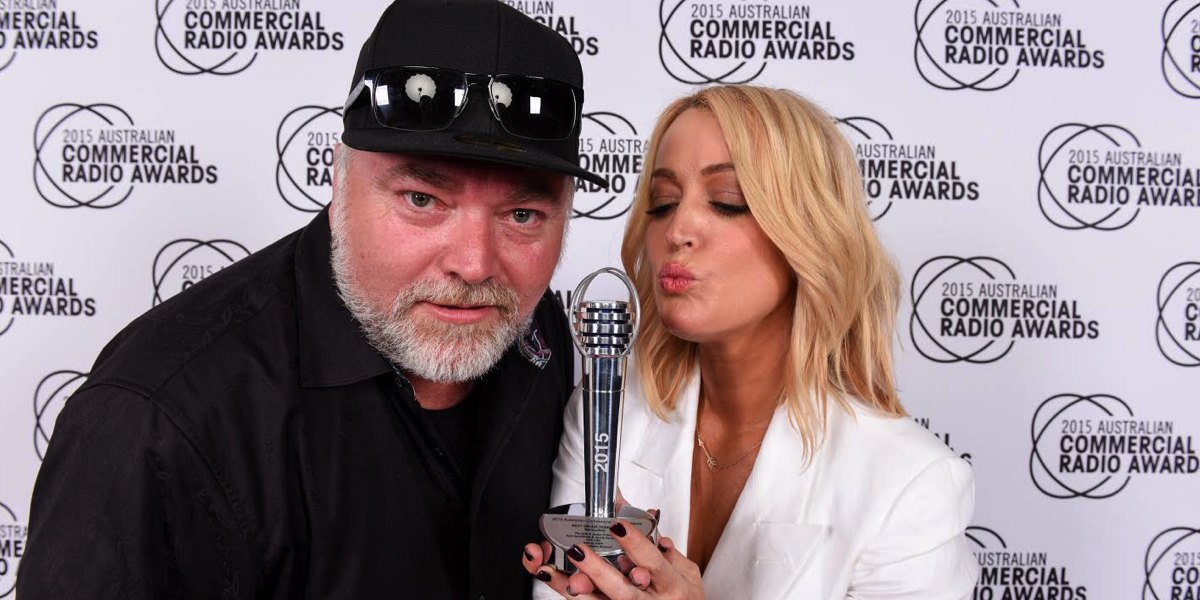 ACRA-award winners Kyle and Jackie O discuss KIIS and stablemates Jonesy and Amanda: “I would be happy for them to be a little less successful”

It was a very generous Kyle Sandilands and Jackie Henderson at the ACRA Awards last weekend when they took to the stage on three separate occasions, once to announce some awards and twice as recipients.

Their onstage gag featured the hosts talking about how newcomers could fast-track their way from regional radio to the big dollars at major metro stations. Their advice? Approach the network PDs directly on their mobile phones. With that they splashed the phone numbers of SCA’s Guy Dobson, Nova’s Paul Jackson and ARN’s Duncan Campbell on the big screens in the Gold Coast Convention Centre. Craig Bruce’s number was there too but had a line through it since his recent departure from SCA.

When they accepted their major award of the night K&J mentioned Bruce amongst the people they should thank. They also paid tribute to SCA’s Dan and Maz who tried to make a go of their old slot on 2Day FM this year. Has that become a tough slot? “Good luck, Rove,” chuckled Sandilands to Mediaweek after his award wins.

Asked about the tribute to Bruce, Sandilands added, “We clashed heads with Craig over the years, but Craig had nothing to do with us departing Austereo. That was a CEO and a chairman issue. And now they are not even there.”

Henderson added they had a great relationship with Peter Harvie in the past and if he hadn’t stepped away maybe they would still be there. [Harvie remains a non-executive board member at SCA.] “There were a lot of people we never got to speak to in the end. The company was too big and we didn’t have relationships with them.”

Things are certainly different at ARN. Sandilands said the recently promoted Ciaran Davis often rings him and they have a great relationship. Henderson added: “It is from one extreme to the other.”

As to their current network PD Duncan Campbell, Sandilands described him as “honest, transparent, there’s no bullshit and he doesn’t try to trick you into things”.

Since their departure from SCA, that company has become more generous with big contracts including equity for Hamish and Andy and more recently Rove McManus.

“It doesn’t bother me, because we are only months away from renegotiating ourselves,” said Sandilands. “It couldn’t be better timing. It’s the new norm,” he added, wondering if it was something they might have as part of their next package.

K&J have a three-year deal and they both sounded ready to sit at the bargaining table to see some reward for what they have helped build at KIIS over the past two years.

They both said they settled in very quickly at ARN last year. “It is fun to work there and the people are super passionate.”

For more on radio and the ACRAs, see pages 9-11

Some of the former SCA Kyle and Jackie O team returning to 2Day – Gemma O’Neill and Tim Dunlop perhaps among them. When we asked if 2Day was rebuilding the A-team, Kyle said no. “They were really there for the last year of our 15 years together. Time will tell.”

Henderson admitted 2016 promises to be pretty interesting with another major FM breakfast show hitting the market.

Sandilands in particular seems to work harder with competition and any slight drop in their ratings. When we asked him if he thought that was true he replied: “Is it? I don’t know.”

Henderson said: “That’s a good thing. You need that fire in your belly. We want to win. We are very competitive.”

As to the internal competition with WSFM’s Jonesy and Amanda, both KIIS breakfast hosts said they are very happy with how they have managed to perform so well in the ratings this year, although Sandilands did admit: “I would be happy for them to be a little less successful. I do love their success and we got on with them. Jonesy and I have worked together at stations before and they come over to parties at my place.”

Henderson: “They are both very cool and very sweet.”

Kyle on Jonesy and Amanda: “I would be happy for them to be a little less successful”

Navigate through the ACRAs 2015 photo gallery below: 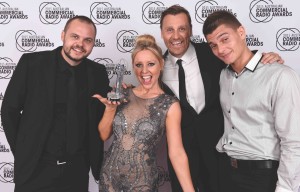 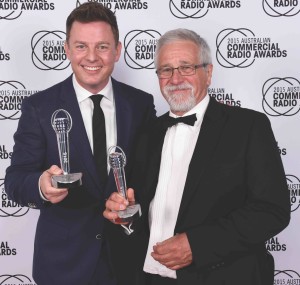