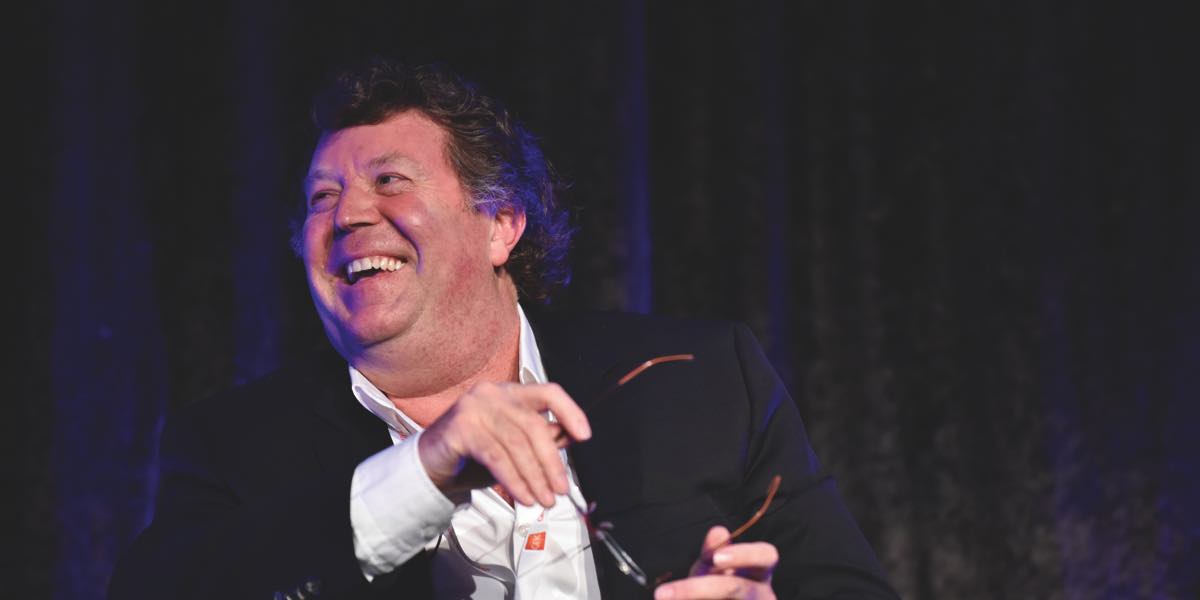 Judging by audience feedback, most delegates seemed well satisfied with the Mediaweek session at the 2015 ASTRA Conference where SCA chief executive Grant Blackley was the guest. Here are some of the highlights.

“I had about 10 years working with Rove when he hosted Rove Live at Network Ten. When we scoured the market to find the most recognisable person that we could look at, Rove floated to the top very quickly. We engaged with Rove and his manager Kevin Whyte. Rove was finishing his house in Los Angeles and just about to put the roof on. I said why don’t you pack up and come home. He’s back and I won’t tell you what the format is or when it will start. It will start when it is right. I have learnt pretty quickly that radio is very different to TV. The talent is the format in radio.

“When talking to Rove and his management they asked us what they wanted him to do. I said very simply, ‘Make us proud’. The numbers will be what the numbers will be. We will put all the right ingredients behind him and that will positively affect the rest of the business. It will certainly help Hamish and Andy and they help Rove.”

When asked about the share deal that helped lure Rove to the broadcaster, Blackley said he liked giving the talent equity. “It aligns them to the business. Too often they are removed from the business. We will do more of it.”

When talking about the size of the challenge of rebuilding 2Day hit 104.1, Blackley said that was part of the reason he took the job. “It’s been to the bottom and it’s on its way back up. Rove is not coming in and replacing a show [with high ratings], he is coming in to build a show and we will stand behind him. He wanted security so we have a three-year arrangement. His view is there is opportunity.”

When asked in general what he thought about performance clauses in contracts, Blackley declined to comment.

Apart from the challenge at 2Day FM, Blackley noted, “The network is performing well, but not as well as it used to be. We are only trying to get it back to where it has been. These are not unchartered waters.”

He then used an analogy about how SCA retreated from competing with the other players after Kyle and Jackie O left. “Our new tent pole shows in breakfast and drive will bounce off each other very well.”

“We could, but personally I wouldn’t. There is a lot of heritage in the brands of 2Day FM and Fox. When I knew I was coming here I spent a bit of time listening to the stations and I was a bit confused. You have to be very careful with the branding and how you bring those brands to market. I don’t mind the metro stations being part of the hit network, but they have to maintain the heritage and identity that listeners are used to because that creates habits.”

>> What did the new CEO find on arrival?

“One of the issues was that after the acquisition of Austereo by Southern Cross Media, there was never a merger. What I could see was that there were four businesses within our business – metro radio, regional radio, regional television and a stand-alone digital business.”

Blackley then used the logo as an example of two groups coming together where each remained depicted on the logo instead of the design of a new logo representing a unified business.

He noted that former SCA strategies didn’t work. “Some of the direction saw them cutting costs to try to grow. I have always thought great media companies need to invest in media, and they need to invest in talent, marketing and monetisation. If you get that right, momentum will grow.”

Blackley indicated they might need to employ more staff as the business rebuilds. There is a total staff close to 2,500 with 610 sales people. “I have met about 30-40% of the staff across 84 offices. I am genuinely impressed with the knowledge, the experience, the commitment and the passion within the business. What we need to do is ensure each of those tribes is very clear on the direction and the strategy and the steps need to achieve our goals.

“A lot of people within those four companies have been doing a lot of things that they felt to be right. We have to refine that, prioritise that and make it happen together.”

“They are very talented individuals. At one point in time the CEO had 19 direct reports. I said to the board when I joined I don’t have that many friends. I can’t get to talk to 19 people in a week, but I can spend more time with a group of experienced leaders.”

Blackley said he didn’t think Guy Dobson’s former title of executive director of metro operations accurately reflected his role. “I said let’s make him chief creative officer and we have done that.

“There are very clear guidelines to what is expected of each of the individuals and they have to communicate that to their staff. We set goals, we measure them and we talk about it every day.”

>> What attracts Blackley to the media?

“I spent a few years in an ad agency and then 25 years at Ten, but then I didn’t actually ever leave. When I left Ten I had the good fortune of travelling for 44 weeks. I then bought the largest talent agency in Australia called RGM Artists which has everybody from Jonesy and Amanda to Jackie O to Cate Blanchett. There are about 120 actors, 120 writers and directors.”

And Blackley still couldn’t find somebody for 2Day FM breakfast out of all that talent.

In the years between Ten and SCA, Blackley also worked with a number of analysts and then he put a private equity group together for the Keystone Group restaurant and bar management business which he ran for a year.

The decision to come to SCA was made with the knowledge that it had been and still was a great company. “SCA has great brands. It hadn’t the amount of love and attention it should. There were a lot of easy fixes in my opinion.”

Blackley was at first reluctant to talk about the affiliation deal SCA has with Ten Network which expires during 2016. He relented: “Ten is not producing the same ratings they used to. We’d like them to perform better. They are starting to get back a bit of their swagger. They went too young at one stage. They are investing in bigger brands and doing things like The Big Bash and The Bachelorette.

“They went through a period when they didn’t take a calculated risk.”

Blackley then related how one of his calculated risks at Ten was signing a multiyear deal for MasterChef which meant an investment of $35m.

“They are now investing in big formats rather than doing a series of smaller bets from The Shire to Lara Bingle which doesn’t do anything. It fills some holes but no one should be proud of that.”

He said Ten needs to stabilise its earnings and they are waiting for the decision from the ACCC. Asked if he has an opinion if Foxtel should be allowed to invest, he said he didn’t.

Commenting on the chance of media reform, Blackley said: “It is more likely than less likely. I have spent a lot of time with Malcolm [Turnbull] talking about change and he is a firm believer in change.”

Asked if MCN selling subscription TV nationally and Ten in metro could be a threat to SCA TV ad revenues, Blackley said, “Absolutely.”

He added: “It would be a competitive threat.” When asked if MCN could sell Ten regionally too, Blackley said: “They haven’t asked. Not sure if it would work. We need to get a better affiliation agreement with a better economic outcome. Would we join MCN? Maybe, but we haven’t been asked.”

When asked if regional players should have a bigger say, Blackley said yes, noting “they have enormous things to contribute in radio and television”.

As to the threat from FTA networks if they stream their content online, Blackley said as a Seven affiliate in some markets they do have concerns about getting cut out of the relationship between Seven and their viewers. “I have expressed those concerns to Tim [Worner] and we are awaiting a response.”

With a handsome payout in the bank after leaving Network Ten, Grant Blackley took his family on a world tour. “I took the kids out of school. The principal asked when we’d be back and I said I didn’t know. We came back 44 weeks later and we got to spend a week in every place rather than a day.”[/blockquote]

Travelling around Australia, Blackley has discovered some real estate assets, including 11 acres in Canberra. “If I had the 1 wood I couldn’t hit the fence in any direction. That’s not the best use of the capital. Let’s monetise that building and move into the CBD and get branding on the building.” He then read out a list of other markets with assets that can add value to the company.[/blockquote]

Blackley said that after listening to a lot of radio, he wants to hear more from the talent. “We pay them a lot of money.” He also wants to restore live reads to their glory. “If you can get a multiple of what you’d normally sell the time for, don’t do them. You are bastardising the talent. I will take them all out if I have to and put them back one by one for those people who are willing to treat them with some respect. If you can’t get a higher premium then don’t sell it.”[/blockquote]