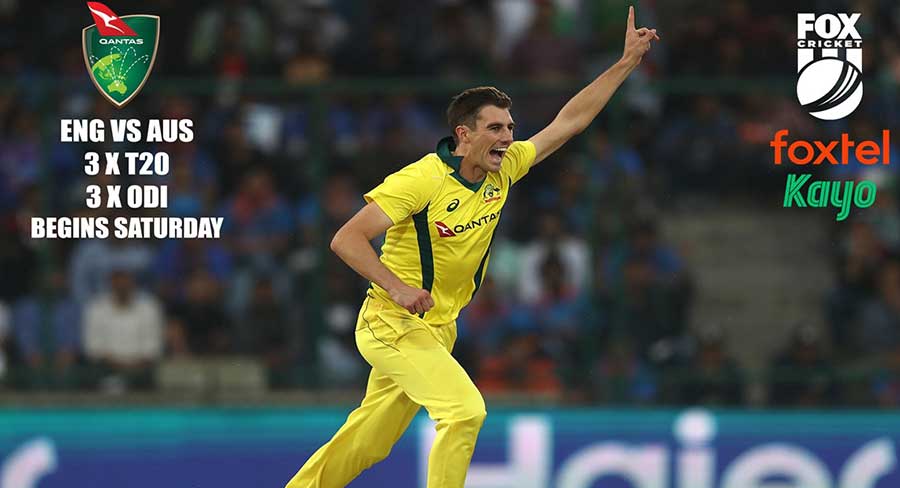 The Australian men’s cricket team has ventured to England to take on the old foe across six much anticipated T20 and ODI games, coming exclusively live on Fox Cricket from Saturday morning.

Just 12 months after falling to World Cup hosts England in the semi-finals, the best of the best in Steve Smith, David Warner, Pat Cummins and Aaron Finch will have pay back on their minds against the #1 ranked ODI side in the world.

England’s biggest and best will be out to take down Australia with the big hitting opening combination of Johnny Bairstow and Tom Banton, plus skipper Eoin Morgan.

Speaking from England ahead of the series, Warne said, “I just can’t wait – Australia back playing cricket against the old enemy in England – taking on the world champions in their own backyard.

Australian fast bowler Pat Cummins said: “We are really looking forward to playing international cricket again, it’s great to be here and we hope to get a few wins against England, which is always sweet on their home turf.

“It’s been just over a year since we were here for the World Cup and it’s a great opportunity to show the progress we have made as a team in the past 12 months.

“The last week has been a fantastic preparation for the T20 Series, then we go onto the one-dayers. England are in great touch right now so these games are a really good challenge for our group.”

Every game of the Qantas Tour of England is live and exclusive on Fox Cricket with no ad-breaks during play in HD (Foxtel channel 501) and available to stream on Kayo Sports.