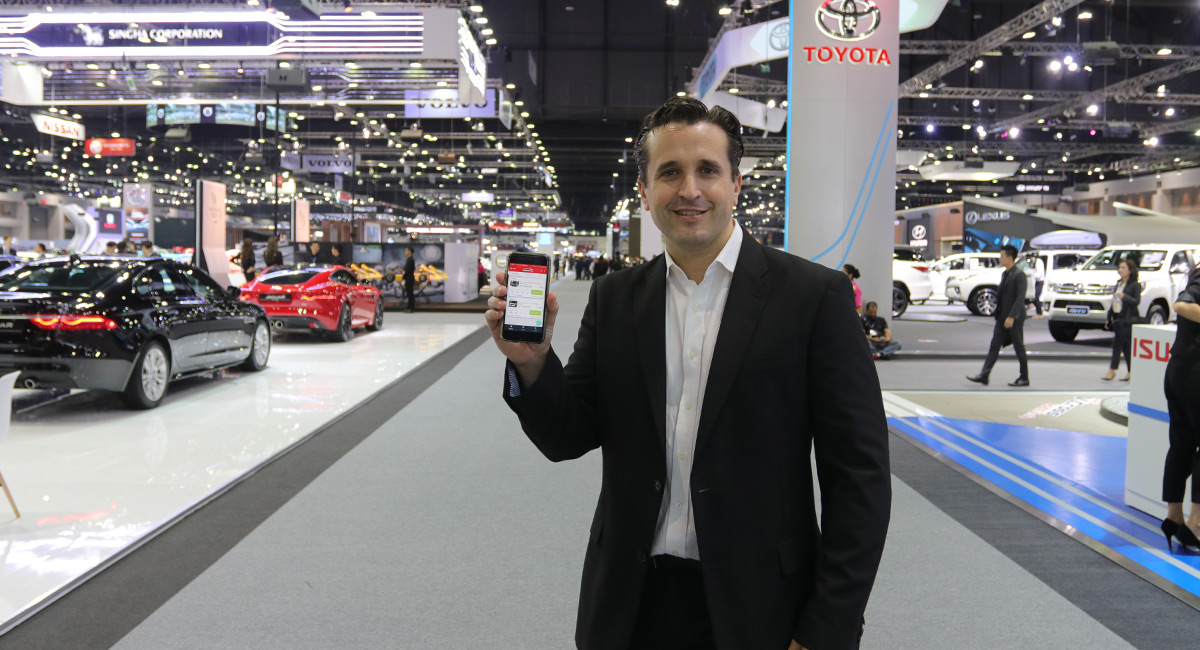 Would you buy a used car from this bloke?

Would you buy a used car from this bloke? Thousands or indeed tens of thousands have since Hamish Stone became CEO of ASX-listed iCar Asia Ltd in June 2016.

And what’s good enough for his customers is good enough for him, he said, pointing out, “I drive a 2013 Range Rover Evoque 2.0 Si4 Dynamic, and I bought it through Carlist.my, iCar Asia’s business in Malaysia, because it has the largest choice of cars in the country, and I could see that the dealer was part of the Trusted Dealer Program, so I knew I could trust them.”

Kuala Lumpur-based Stone now presides over a growing iCar Asia empire that has seven marketplace and content platforms in the three largest automotive markets in Asean – Malaysia, Thailand and Indonesia.

Stone said that since he joined the company, listings have increased 19% in Indonesia, 35% in Thailand, and 51% in Malaysia.

Stone, a University of Sydney graduate, was working as a senior associate at CRA International when he made the big switch to the digital marketplace in May 2006, signing on as affiliate manager, eBay Australia and New Zealand, and beginning a decade-long career with that company.

After a spell in Australia, he moved to London in July 2011 to work with the eBay classified business Gumtree.com. He said, “By defining a comprehensive strategy and operational plan, I was able to set Gumtree up to successfully launch into the car dealers market in 2013, building on its market leadership in consumer secondhand car sales.”

In October 2013, he moved to eBay’s Netherlands Company Marktplaats.nl as director of automotive before joining iCar in 2016.

Stone said he wasn’t worried about the allegedly fickle nature of digital workplaces when he initially made the big move to eBay, pointing out that eBay was started in 1995 and by 2006, when he joined, it was already a global phenomenon.

“I was looking for a new challenge and to move into a digital marketing role. eBay was just beginning to get traction and I thought it was a great dynamic company to join,” he said.

A decade after joining eBay, Stone made his next big move to iCar, and said several factors drove this decision.

“I was at eBay for 10 years, I was lucky enough to have three totally different experiences across three countries and more jobs than I can count. That taught me the benefits of always looking for how you could take on more responsibilities, and stretch yourself into new areas, even when that meant moving countries, or switching from a marketing role into a general management role of a business unit.

“When I was offered the CEO role at iCar Asia, it was a big decision to leave eBay, but it was also one of those once-in-a-lifetime opportunities to join a very promising startup in the most interesting region in the world for what’s going to happen in the digital space over the next five years.

“iCar Asia had built itself into a great position. I was fortunate to be able to join a business that was ready to take the next step.”

While Stone was talking to Mediaweek, the company was in the middle of releasing its ASX 2017 full year financial report, announcing revenue growth of 41% YOY to $9.1million.

“2017 was a transformational year for the business,” Stone told Mediaweek. “iCar Asia has made the right choices in its product and business to drive sustainable growth across the core businesses of used cars and advertising solutions, while also building out its proposition in adjacent areas of new cars and events.”

Stone stressed, “New cars are a key focus for iCar in 2018. Our new car platform is focused on providing the best digital experience for new car buyers. We’ve partnered with the leading car brands in each of our countries to ensure that car buyers have all the best information and the best deals to help them find the perfect car for each individual.”

The move is being helped along by Ari, a chatbot the company developed and launched late last year in preparation for its new car buyers.

“We built Ari, our chatbot, in order to have a 24/7 assistant available to car buyers to find that perfect car,” Stone said.

“Ari can process terabits of information and helps the car buyer, while also qualifying them as a lead for our dealers. This also allows iCar to play a great role in the new car dealers business and track the car buyer through the buying process in order to monetise the transaction.”

With Ari in place, Stone is ready to usher iCar into a new phase that will please shareholders and, Stone said, “We now have the right technology platform and business models to grow across our markets towards profitability.”