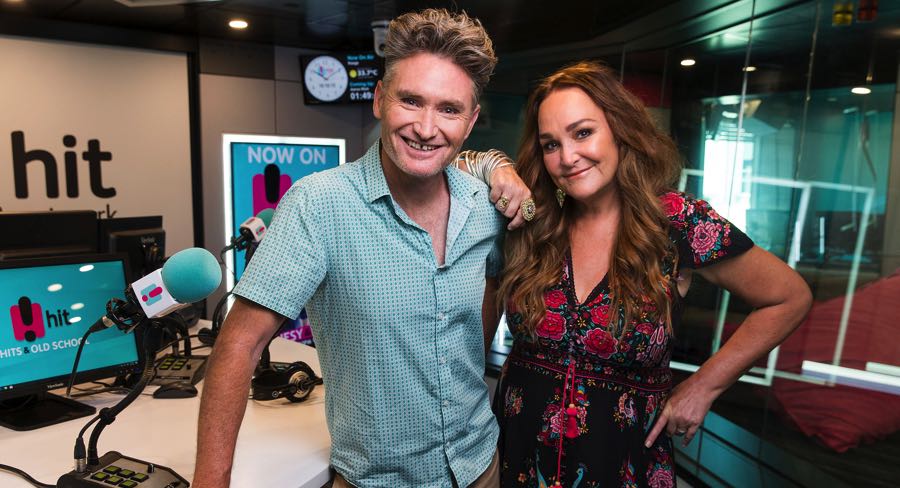 Hughesy and Kate is one of the few radio shows in Australia that has aired on three separate networks in its lifetime.

The show is 17 years old. It started as a breakfast show on Nova, then reincarnated as a drive show on KIIS and moved across to replace Hamish and Andy in drive on SCA’s The Hit Network at the beginning of 2018. Sacha French, the executive producer of the show, has been with the presenters Dave “Hughesy” Hughes and Kate Langbroek since day one. “When I first started doing breakfast with them, I was the panel operator, producer and managing phones,” French said. “Now there are me and two other producers, plus someone who is looking after panelling and anchoring.”

After 17 years of working together, it’s fair to say that French, Hughes and Langbroek have been through a lot together. They’ve also shared this journey with the show’s listeners.

“We have some listeners that have followed us to The Hit Network from Nova. When you talk to them, you get to hear things like, ‘I remember listening to show when I was 15 on my way to school. Now I am 32 and I have a kid.’”

There is an entire generation of radio listeners that have grown up listening to Hughes and Langbroek on radio.

“They’ve grown up following the story of Hughesy and Kate’s life,” French said. Therefore, they have formed a special bond with them. “When they [Hughes and Langbroek] started out, they were both singles. Then they had partners and were dating. Then they had kids. Kate’s oldest is 15 now, so people have followed that journey and they have made that journey together.”

However, despite the show having such a strong bond with its listeners, moving networks is still a risky move.

“There is always a concern, because you don’t know how the audience is going to react,” French said. “Also there is some pressure on coming in after Hamish and Andy, which was such a strong show.”

The move from KIIS to The Hit Network hasn’t hurt the Hughesy and Kate brand. The show is still strong in the ratings. It is the #1 FM show in drive in Melbourne, #2 in Brisbane and #3 in Adelaide and Perth. In Sydney, the show sits towards the bottom of the pile. However, French isn’t too fazed by this, saying that the Hughesy and Kate brand was only introduced to the market four years ago. With more choice of media than ever before, it takes time for consumers to go through the process of discovery, trialling and warming up to something, she said.

The move to The Hit Network has added a “new spark to the show”. It has allowed for it to build its audience. “It’s the first time Hughesy and Kate are being heard in regional Australia,” French said. Southern Cross Austereo has a strong presence outside the country’s metro regions too.

Despite being in the game for 17 years, Hughesy and Kate fans only got a glimpse of what really goes on when they are off-air through a new video series on Facebook launched this month. In it, French is shown yelling at the two hosts to get into the studio minutes before they are due to go on air. She labels this as her “greatest challenge”.

When reminded of this comment, French laughed and said: “It is. They love to talk. They are either talking to each other or someone else along the way. They are like magpies distracted by shiny objects. You think they are on their way, walking into the studio. Then you turn around and see that either one of them is distracted by food or someone is telling them a story.”

While this is a daily challenge for French, she also said, “It is a part of their charm. They are interested in everything.

“A part of my role is to nag and yell at them.”

With their long working relationship, French has no reservations in yelling at Hughes and Langbroek when needed. “Hughesy says I have the ability to suck the fun out of the room sometimes,” French said. “That’s my job.

“I feel more free to yell at them now than I did when we first started. I am always yelling, ‘Move it!’ People always look and think, ‘Jesus!’ But it works.” [Laughs]