Reports suggest the information was seemingly hidden from the regulator.

Free-to-air TVB was controlled by its largest shareholder, Young Lion Holdings, which directly owns a 26% stake.

Li, often referred to as China’s Rupert Murdoch, was appointed as vice-chairman of TVB’s board in October last year. 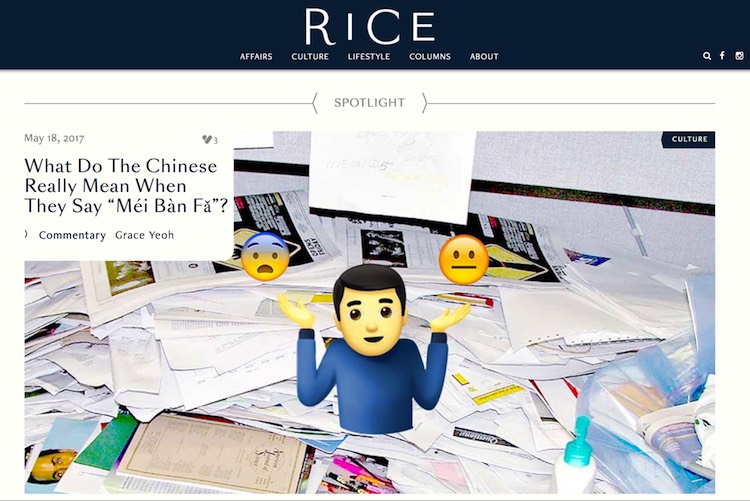 Singapore news portal Rice has received an undisclosed six-figure amount of seed funding from an individual investor to expand in Southeast Asia, DealStreetAsia reports. Mark Tan, co-founder and editor-in-chief, said Rice produces culture journalism with an Asian focus and with attitude. The company began publishing in September 2016 and now claims over 100,000 unique visitors a month.

The Walt Disney Company South East Asia this month appointed country managers in Indonesia, Philippines and Thailand. The company regards these countries as high growth markets in which it aims to strengthen its presence.

Herry Salim has been appointed country manager for Indonesia, Veronica Espinosa-Cabalinan for the Philippines and Subha-Orn Rathanamongkolmas (Soupy) for Thailand.

They will all report to Robert Gilby, managing director of the Walt Disney Company South East Asia.

From June 1 to August 1, directors, scriptwriters, and producers can submit proposed scripts and treatments for a TV series with a maximum of 13 episodes.

New Asian launch of The Voice Singing competition The Voice is soon to make its debut simultaneously in Singapore and Malaysia. This is the first time the format is produced and broadcast for two territories in one version. A call for auditions for The Voice Singapore and Malaysia this month on StarHub said The Voice is open to all participants regardless of race and nationality, but stipulated that candidates also had to be “fluent in Mandarin and able to perform songs in Mandarin”.

The Voice Singapore and Malaysia is co-produced by mm2 Entertainment, StarHub and Astro.

Thai media ad spend fell by almost 4.5% to 26 billion baht (A$998.1m) in the first quarter of this year, according to Nielsen Thailand. Magazines had the biggest decline at 36%, newspaper ad decline was 18.8%, radio was down 17.3% and online advertising contracted 10.6%. In-store media saw the biggest rise in ad spend of 56%, followed by cinemas at 35% and outdoor media at 22.3%. A surprise was the continuing increase of ad spend on digital TV, up 7% in the first quarter, a boon to the struggling digital TV sector.

• Malaysia’s Astro is providing free access to on-demand entertainment via its internet-based video streaming mobile app, NJOI Now. The free service includes access to over 2,200 titles of movie and drama box sets and is part of the pay-TV operator’s digital push.

• Singapore’s Infocomm Media Development Authority fined Mediacorp SG$5,500 (A$5,300) breaching the video-on-demand program code. The company’s VOD service Toggle ran an episode of its I Want to be a Star series which included a Chinese actor in blackface makeup portraying an Afro-American. A comment was also made that was deemed racist.

• South Korean film production company Spackman Entertainment Group, also listed on the Catalist board of the Singapore Exchange Securities, reported a net profit of US$4.7 million (A$6.3m) for its first quarter ended March 31, compared to a net loss of US$0.9 million for the same period last year.

• GroupM’s new This Year, Next Year: China Media Industry Forecast predicts that China’s TV ad spend will drop by 5.2% while internet media spending will account for 57.2% of total ad spend.

• Philippines broadcaster ABS-CBN held its leadership in nationwide TV viewing among urban and rural homes in April, excluding the Holy Week. It recorded an average audience share of 43%, or nine points higher than rival broadcaster GMA’s 34%, according to Kantar Media.

• Singapore’s mm2 Entertainment has signed an agreement with Turner Asia Pacific to co-produce five movies over the next three years with a multimillion-dollar budget. This is Turner’s first entry into Southeast Asia.