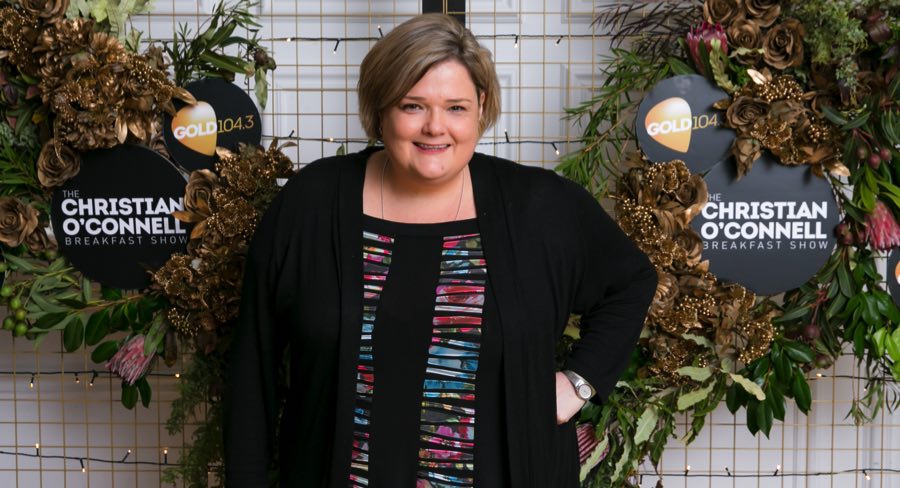 The content director of the ARN station talks about her move from Adelaide to Melbourne and expectations on new breakfast presenter Christian O’Connell.

Gold 104.3 content director Sue Carter moved to the Melbourne station just a month before its new breakfast host Christian O’Connell arrived from the UK to start his show.

The timing was crucial for Carter to settle into the new city and be involved in the planning phase of the new breakfast show.

“Besides the amount of coffee everyone drinks here, the Melbourne market is far more competitive than Adelaide. There are very strong, established brands and high-profile personalities here on pretty much every station. In Adelaide, not all stations had talents with such a profile,” Carter told Mediaweek.

The Gold 104.3 brand has existed in the Victorian capital since 1991. However, Carter described it like “being the new kid in town”.

“This is in the sense that Christian has only been here for a few months now,” she said. “We have to give our listeners a reason to change across from the other shows and/or stations that they might have been locked onto for years.”

Is there more pressure for Carter to deliver a strong station performance?

“Pressure would be the wrong word,” she answered. “I am well aware that there is an expectation. We’ve taken a calculated risk.

“There are a lot of eyes on Christian… I am aware of that and the team is aware of that. But you lock all that to one side of your brain and think about, ‘What are we doing today? What’s the next thing we’re doing on the show? What’s our strategy?’” Inarguably, much of Carter’s and the station’s attention is on the breakfast show.

“With every content director’s role, your main focus is on breakfast. It is the most important show you have on the station,” she said. “Everyone is a seasoned performer on this station.”

Carter emphasised there isn’t a timeframe set on The Christian O’Connell Breakfast Show to prove itself as a worthy investment. She said: “It’s early days and we haven’t put any timeframe on it. We know this year there will naturally be ups and downs. It always takes a while for people to settle down and say, ‘This is the show for me.’”

Gold 104.3’s biggest drawcard is its music. This is a part of the reason why the station performs strongly in most day parts. “Broadly speaking our audience is aged 24-54. The music we play is feelgood and is primarily from the 80s,” Carter said. The station is for “reluctant adults”, people who have reached a sense of “being a grownup, but they still want to have fun”.

“Just because you are over the age 40 doesn’t mean you don’t have a sense of humour or like being silly and having fun.”

Carter has worked in the radio industry for a long time. She acknowledges that a lot has changed. However, she says, “You can still see there are passionate entertainers on the air, who are the kids that caught the radio bug. They love what they do. I can’t tell you the number of times I’ve walked into a studio and someone has the music pumped up. They are singing along to a song that you know they’ve heard 100 million times before.”