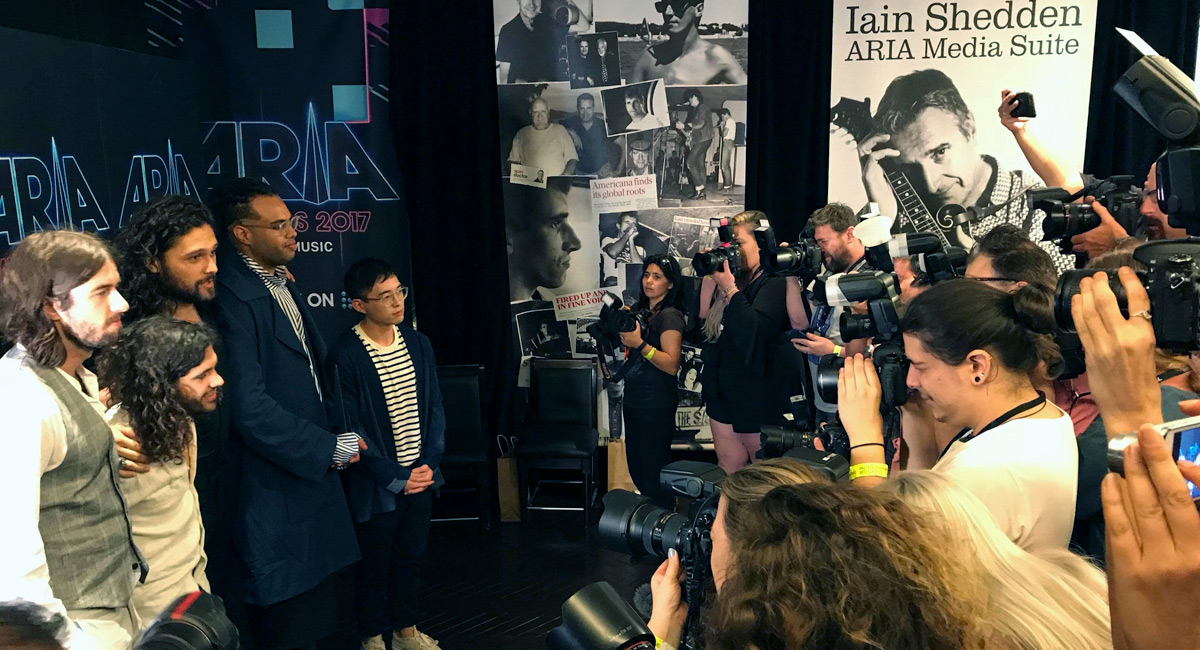 The 2017 Awards were a win for Australian music

1. Pnau started the show with a very memorable and very colourful performance of “Chameleon”. They should have won a lot of new fans who can now explore their music.

2. Lorde had an incredible night with her performance of “Green Light” in front of an elaborate setup with her band behind venetian blinds. Shortly after coming off stage she would have learned about her Grammy nomination for Album Of The Year.

3. Truly show-stopping performance from Paul Kelly with “Dumb Things” and then Kelly stayed onstage to sing with A.B. Original and Dan Sultan.

4. Amy Shark – a wonderful success story for a deserving talent. Incredible performer who had to wait, not at all times patiently (!), for her success. She performed her hit “Adore”.

5. Jimmy Barnes crops up three times on this list. Firstly for his first ARIA since 1992 (does the board need to investigate why?) for his ABC Music kids album recorded with The Wiggles. He accepted his award onstage with his grandson as they both wore kilts.

6. Barnes again – this time for his very long and very articulate induction of Daryl Braithwaite into the ARIA Hall Of Fame.

7. Third and final, and most important, highlight from Barnesy was his show-stopper (literally) at the end of the night. It was an incredible tribute to AC/DC with Barnes sharing the stage with Diesel as they powered into “High Voltage”. The wall of Marshall amps really were cranked up to 11 and although some hopeful fans called for more, I don’t think many would have been able to hear it with some ears still ringing the morning after.

8. Daryl Braithwaite. After delivering a moving acceptance speech, the former Sherbet lead singer turned solo star shared the stage with Vera Blue and Guy Sebastian for yet another of the evening’s music highs, “The Horses”.

9. Jessica Mauboy with Peking Duk. No ARIA show, or any major music or even corporate event these days, is complete without the wonderful Jessica Mauboy sharing her talent with the audience. She also got to share it with the Duks last night on a mashup of two great tunes – Mauboy’s “Fallin” and Peking Duk’s “Stranger”. Sadly Mauboy didn’t win an award, while Peking Duk claimed Apple Music Song Of The Year.

10. The guitar fireworks during the Peking Duk performance – splendid. The onstage antics only equalled by the colour of the Pnau performance and the bright lights that lit up the stage during the AC/DC tribute.

11. Music teacher of the year. (This should really be #1!) In a pre-award ceremony, Adelaide music teacher Renee McCarthy touched the hearts of those lucky enough to hear her talk about her classes and how they nominated her for this award. It moved Sony Music’s Denis Handlin to wish he was a student again as the lucky kids in her care are getting taught by someone special.