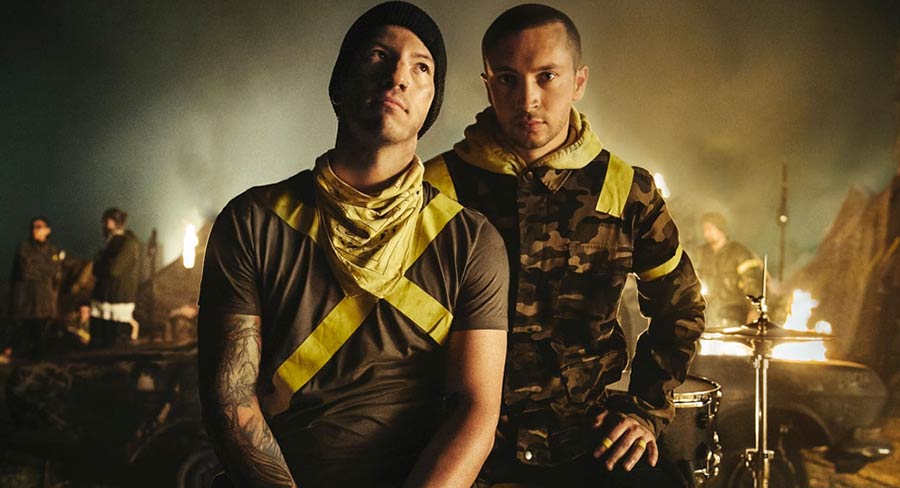 George Ezra has found a home at #1 for the fourth consecutive week with Shotgun. He’s unlikely to still be there though when he tours next January… but that’s not too far away, so you never know.

The only newcomer to the top 10 was Lithuanian producer Dynoro seeing In My Mind climb from #13 to #7 for a new peak after four weeks on the chart.

The highest new entry on the chart was Halsey with Without Me at #11, which becomes her third top 50 hit. Halsey also features as a guest artist on the #2 track this week – Eastside from Benny Blanco where he shares guest vocals with Khalid. Other chart debuts this week include:

#25 Lady Gaga and Bradley Cooper with Shallow from the new movie A Star Is Born. Lady Gaga was previously on the singles chart with The Cure last year, which peaked at #10. A Star is Born

#27 Rita Ora with Let You Love Me – new music from her forthcoming second album Phoenix, which is due next month. The album has been a long time coming and her publicity tour interviews could reveal some interesting drama behind the scenes. Music from Phoenix was first released in July 2017.
#28 DJ Snake with Taki Taki featuring Selena Gomez, Ozuna and Cardi B.
#41 Lauv with There’s No Way.
#46 Lukas Graham with Love Someone.
#48 Morgan Evans with Day Drunk – a track from the Aussie country artist’s second album Things That We Drink To.

New releases bomb the chart at #1 and #3 with another five albums debuting also in the top 50.

Twenty One Pilots are the new chart champs this week with their fifth album Trench and their first ARIA #1. The band is headed down under in December. Film soundtracks have been doing good business in Australia with several still charting including The Greatest Showman still in the top 10 after 44 weeks on the chart (41 in the top 10), and, perhaps even more remarkably, Guardians Of The Galaxy, sitting at #30 after 188 weeks!

The latest hit soundtrack is from A Star Is Born with the film’s stars Bradley Cooper and Lady Gaga performing the tunes. The album is new at #3 and it is Gaga’s first time back on this chart since October two years ago with Joanne, which peaked at #2.

Five other albums made it into the top 50 on debut:

#26 Last Dinosaurs with Yumeno Garden. Third album from the Brisbane group after A Million Years peaked at #8 in 2012 and Wellness made it to #18 in 2015.
#34 Behemoth with I Love You At Your Darkest. The 11th album from the Polish death metal band is their first to make the ARIA Top 50.
#42 Cat Power with Wanderer. US singer songwriter Chan Marshall releases her 10th album as Cat Power with the most recent four all charting here in 2006, 2008 and 2012. She performed at the Sydney Opera House earlier this year as part of the Vivid Festival.
#45 Lil Baby & Gunna with Drip Harder. First ARIA Chart Top 50 entry for both US rappers. Drake makes a guest appearance on the album.
#49 Coheed & Cambria with The Unheavenly Creatures is the ninth album from the US prog rockers.