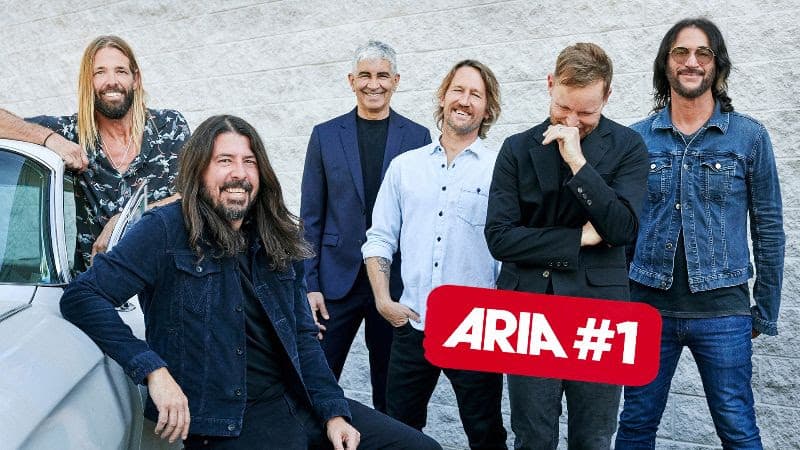 Most years the ARIA Singles Chart starts with a chart domination and this year it is Olivia Rodrigo with Drivers License. The American singer-songwriter from California tops the chart for a fifth consecutive week. Disney Channel star Rodrigo stormed the Australian and US charts in early January, debuting at #1 on both, and hasn’t moved from top spot since in both countries and many others now too.

New to the top 10 this week is Save Your Tears from The Weeknd after five weeks on the chart. A climb of 11 places from #18 comes after his memorable halftime show at the Super Bowl last week. The Weeknd has now had three singles from his album After Hours land in the top 10, including Blinding Lights which was dominating the chart this time last year. Incredibly the song still remains at #13 on the chart after 63 weeks. That song was also ARIA’s #1 single on its 2020 chart.

Former #1 songs seem to have a long life on the ARIA Chart, there are currently nine former #1s still in the top 50. The longest chart run from that exclusive club is Tones and I’s Dance Monkey, currently #40 after 88 weeks.

The highest and only new entry on the chart belongs to Up from Cardi B at #20. The follow-up to her #1 single WAP (August 2020) is the second single from her forthcoming second album. WAP spent six weeks at #1 in 2020 and is still charting at #28.

Dave Grohl’s recent virtual media tour has helped secure a top spot for the new album from Foo Fighters – Medicine at Midnight. Securing a debut #1 is nothing unusual though for the rock band – the 10th album from the band is their eighth to lead the chart, the last seven being consecutive #1s. Just last month the band played during the celebration event following the inauguration of new US President Joe Biden with another blistering performance of Times Like These. The Foo Fighters this week equal an album chart record also held by U2, Taylor Swift and Australia’s own The 12th Man. The only artist to secure more consecutive #1 albums is Eminem with nine.

In a battle of the superstars on the chart this week, the new album from The Weeknd had to settle for second spot. The compilation album features tracks from The Weeknd’s four #1 albums in addition to additional material. The album is forecast to land at #1 in the US this week too.

The fourth new album to debut in the top 10 this week is from Kate Ceberano with her 28th album. Sweet Inspiration debuts at #5 and is the Aussie superstar’s first time in the top five since Nine Lime Avenue in 2007 which peaked at #4. The new album is her first solo album since Kensal Road in 2013 which peaked at #23. Ceberano was last in the top 10 in May 2008 with So Much Beauty which peaked at #9. The media tour included revealing interviews on both Sunrise and 2GB amongst others last week. Buyers of the album online at Sanity and JB Hi-Fi had the chance of winning a virtual Kate Ceberano concert.