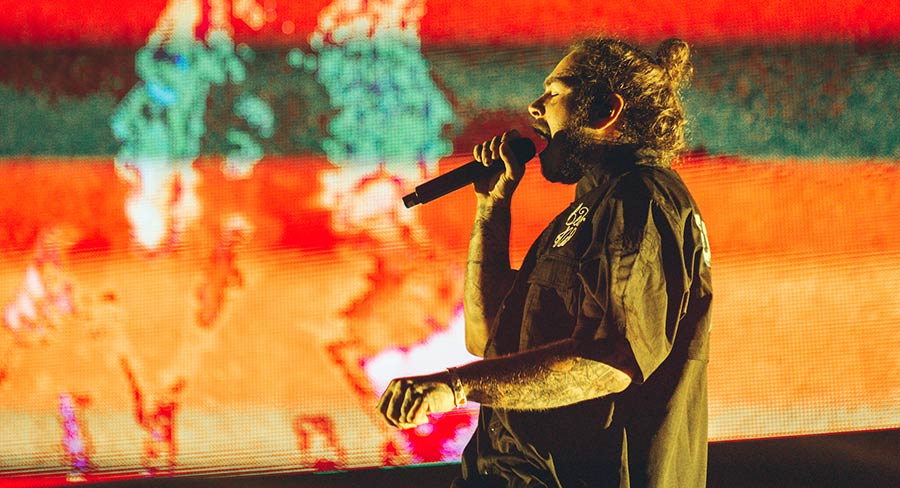 • Christmas tunes have disappeared a lot quicker than they arrived

Christmas tunes have disappeared a lot quicker than they arrived this week. Last week’s #1 – Mariah’s All I Want For Christmas Is You – is nowhere to be seen. Although there is only one debut in the top 50, many have lifted from lower down the chart to fill the departing Christmas tunes gaps.

After 11 weeks on the chart, Post Malone and Swae Lee have climbed the summit with Sunflower edging up from #2 to #1.

Four songs were new to the top 10 this week, but only one of them hadn’t been there before – that was Post Malone’s WOW, which has become the US rapper’s seventh time in the top 10 as a solo artist.

Freddie Mercury and the rest of his rock band deserved knighthoods in the New Year’s Honours list. (Brian May got close with a CBE some years ago.) We will call their singer, and subject of the biopic, Sir Freddie Mercury this week as the soundtrack to the wonderful Bohemian Rhapsody cracks top spot on the first chart this year after 11 weeks on the chart. Let’s het him a knighthood – Queen’s Brian May

But wait there’s more…Queen have three albums in the top five with Greatest Hits and Platinum Collection at #4 and #5 respectively.

After a long run at the top (10 weeks), the soundtrack to A Star Is Born slips just one place to #2.

Soundtracks were the only other major movers this week when it comes to newish releases.

In its third week on the chart, Spider-man: Into The Spider-Verse was up from #23 to #12 for a new peak.

The sole new release to hit the 50 was the soundtrack to Mary Poppins Returns, which landed at #58.