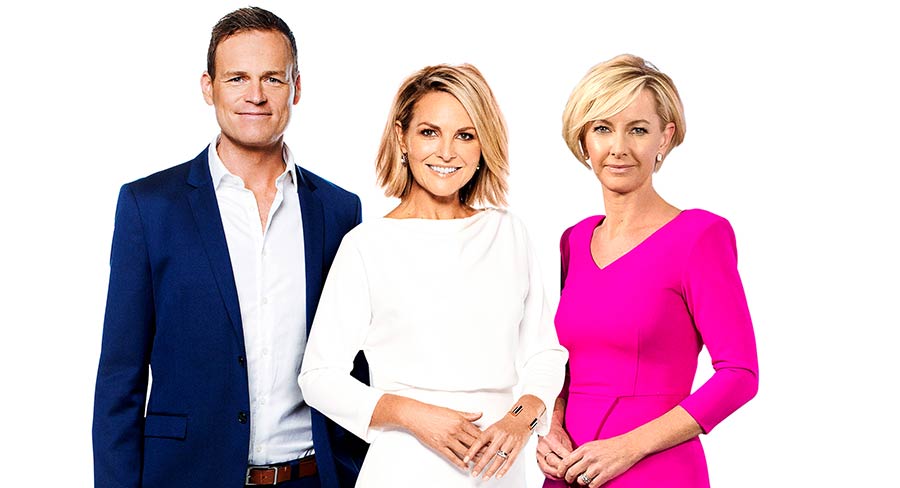 Just eight days before Nine takes advantage of the biggest TV promotional opportunity this year it has revealed the line-up of the new look Today show.

When Georgie Gardner and Deborah Knight welcome viewers to the show on the morning of the first day of the Australian Open, it will hopefully end what seems like years of speculation about the future of the #2 ranked breakfast offering and who will/won’t be hosting.

That speculation, often incorrect, reached fever pitch late in 2018 as the Stefanovic brothers lost their positions on the Today team.

Georgie Gardner and Deborah Knight will host a new look Today with Tom Steinfort joining the line-up as newsreader.

The new-look team will begin on-air on Monday, January 14.

Alongside the core presenting team will be the who’s who of Nine News reporting and presenting talent, including political editor Chris Uhlmann, Richard Wilkins, Lara Vella, Christine Ahern and Jessica Millward.

Rounding out Nine’s morning programming will be Today Extra, hosted by Sonia Kruger and David Campbell for three days a week, with Richard Wilkins joining Kruger on Thursdays and Fridays.

Darren Wick, Nine’s director of news and current affairs, said: “Georgie Gardner, Deb Knight and Tom Steinfort will spearhead an energised and exciting Today show in 2019. We’ve brought together a team from within the Nine family who are already well-known, trusted and liked by Australian viewers.

“Georgie has established herself as one of the most respected presenters on television. Our viewers adore her. What you see is what you get – Authentic, caring and compassionate. Deb Knight is hands-down one of the best interviewers in the country. An incredibly hard-worker, she cuts to the chase with every conversation.

“And Tom Steinfort is among the best of a new breed of reporters. His career has taken him from the Melbourne newsroom to A Current Affair, European correspondent for Nine News and onto 60 Minutes.

“Today in 2019 has a new focus. But the show will retain everything that’s made it an institution for four decades. The perfect mix to start your day – news, information you can use and fun.”

“Today viewers expect our reporters to deliver breaking news from overnight and early morning – but our team will also set the daily agenda with unique stories, exclusive interviews and content that will have people talking throughout the day.

“These are serious journalists but also fun personalities, Australia will love waking up with them in 2019.”