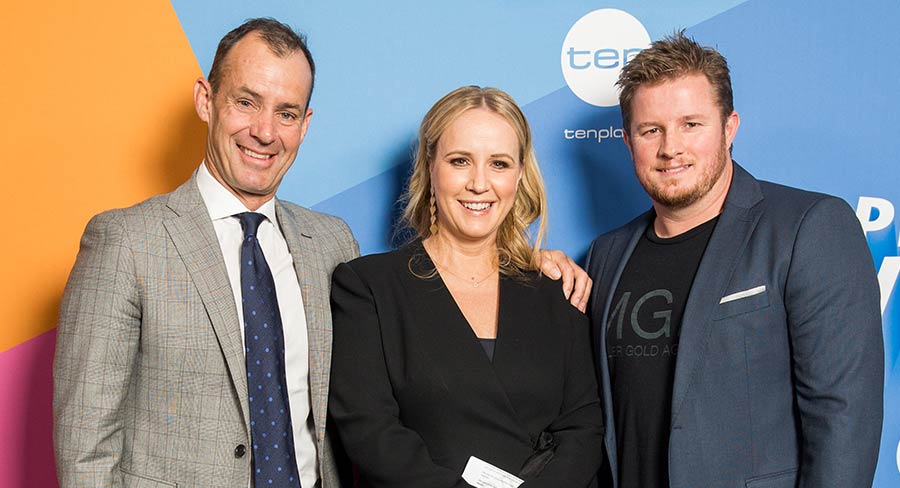 Skit Happens – Sketch comedy shows need time to find their feet (see Kinne Tonight below) but this was a disappointing way to start Ten’s Pilot Week. It did, however, make every show that has followed it look better.

Disgrace – The makers of Gruen have another winning concept thanks to panellists and a host who can speak from real experience on these topics.

Verdict: Bring it back so Sam Dastyari can break down the disgraceful week in Canberra.

Drunk History –Yet another take on Ned Kelly, plus Fitzy playing Phar Lap in a horse head, and Stephen Curry and Rhys Darby sinking beers. Well made but bizarre.

Kinne Tonight – Not a Tonight Show but more a sketch comedy show. Luckily, it was consistently funny with Troy Kinne benefitting from a practice run on 7mate a few years back. Give him a go, Ten.

Verdict: If Ten really wants a Tonight Show, grab the young talent who have been smashing it all week on the just-axed Tonightly.

Verdict: Will Kyle sneak up from behind as skilfully as Julie Bishop could?

Dave – If Kyle is ripping off Judge Judy, then Dave O’Neil is definitely finding inspiration from Curb Your Enthusiasm, albeit with a family-friendly take on Larry David and his celebrity friends. It’s much more laidback, of course, and very Melbourne-centric, but never underestimate the appeal of Glenn Robbins playing Glenn Robbins.

Bring Back Saturday Night – Ten is promising this live event will have “young performers bringing back the best of the past and old-school entertainers challenged with reinvention”… like host Rove McManus, you mean?

Taboo – This was moving and inspiring stuff, along with some clever stand-up from host Harley Breen. The format is from Belgium, and so is Mathias Cormann, but don’t let that put you off.