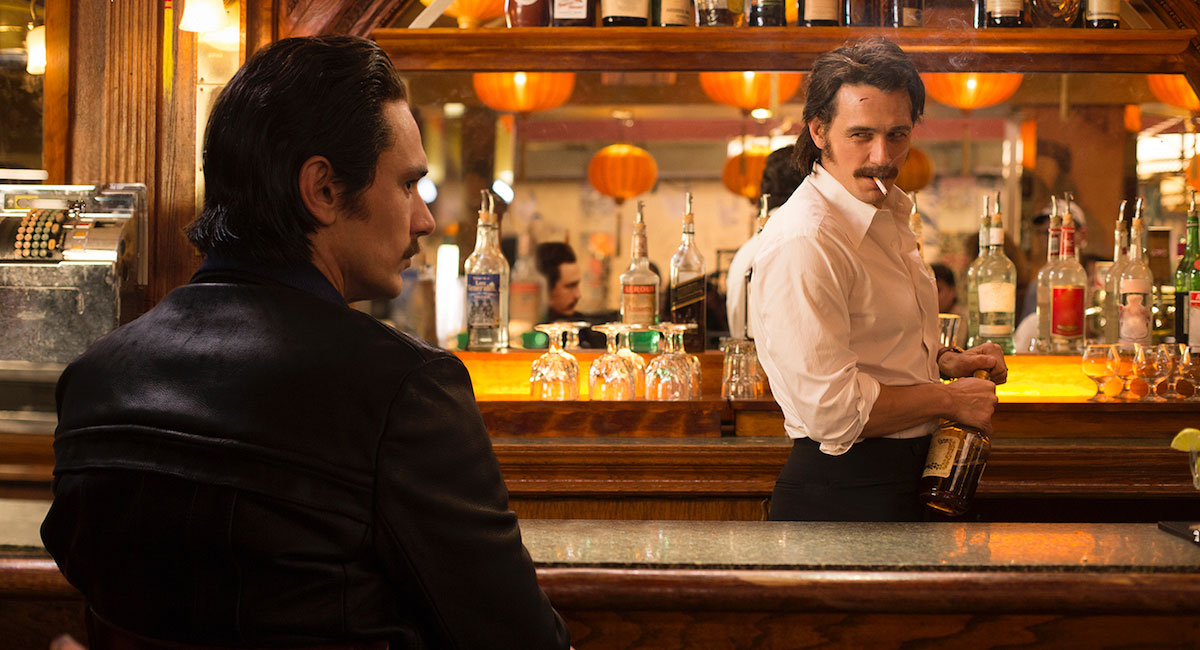 Twin Peaks has just finished (and no, I can’t explain the ending either) but this new HBO drama should more than fill the spot. Based on the first episode, this is David Simon’s most entertaining series yet as he abandons Baltimore (The Wire) and New Orleans (Treme) to go back in time to Times Square, New York, circa 1971, when it was a cesspit of hookers and pimps gingerly stepping around mounds of rotting garbage. Maggie Gyllenhaal is one such lady of the night while James Franco plays lookalike twins, one a troublemaking gambler, the other a hardworking schmuck who wants more. The recreation of 42nd Street is stunning and prosthetic penises and nudity abound as the series moves amongst the burgeoning sex industry to a funky soundtrack. In short, it is fucking cool as.

It’s still not clear why people are rising from the dead, but a pharmaceutical company is now looming as a possibility and more and more characters seem to be in the same predicament. James (Patrick Brammall) has his hands full trying to unravel things while his wife (Emily Barclay), having just given birth, seems to be unravelling too. At least he doesn’t have to worry about his former (dead) wife (Emma Booth) who goes to a remote waterhole for a swim and just happens to meet a hot guy (Black Sails‘ Luke Arnold). With drugs. And wanting sex. Oh, and there’s another hottie in town too (The Wrong Girl’s Rob Collins) after an oil rig explodes.

The second series of this was in a slight sophomore slump last year so let’s hope things pick up after this uneven premiere. As the New Zealand coastal town launches a ridiculous rescue mission to located three missing persons at sea, Jan (Bridie Carter) gives birth to twins (who could belong to one of three fathers) while tragedy looms in a last-minute twist. There are some amusing moments to be had in this show but the wackiness of the first series is getting lost amongst its myriad romantic subplots. And somebody needs to slap self-centred Shay (Melinda Vidler). All the way back to Bondi would help.

It has been far too long between drinks for Gruen but that means there must be a backlog of great material for them to dissect (same-sex marriage campaigns, anyone?). Most fans will be lining up to watch at 8.30pm on Wednesday but this year, I am taking James Manning’s tip (listen to our podcast here at the top of this page) and watching the extra long version the following night. Can. Not. Wait.

Wil Anderson gives James Manning a insider’s guide to the next season of Gruen in a Mediaweek podcast here.

Rabid fans of this series are beside themselves with excitement. And if you are yet to watch an episode, be warned: this is one complicated time travel drama that requires complete attention and devotion from the very start. Every season resets itself into another historical era and a new country which means pregnant Claire (Catriona Balfe) is now in Boston while lost-in-time Jamie (Sam Heughan) is stuck in a prison (a century or so ago) where he crosses swords with a Lord John Grey. This is significant for Aussie viewers because he will be played by the dashing David Berry from A Place To Call Home (where he portrays James Bligh).