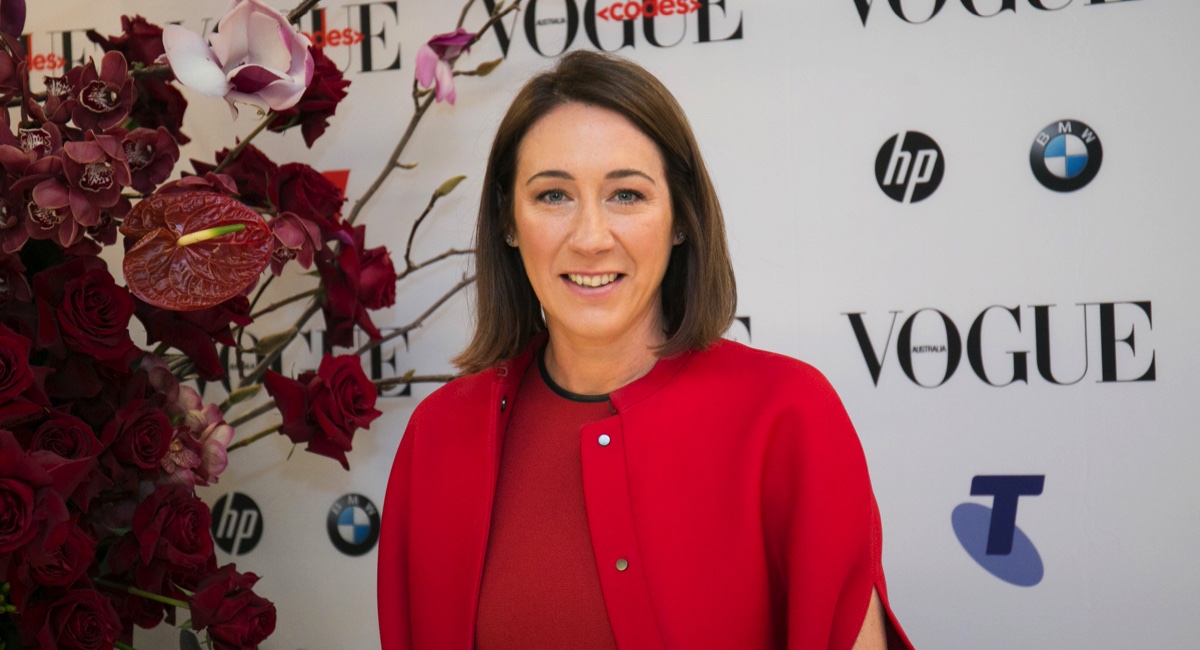 The life of a Vogue editor isn’t just about glamour

The life of a Vogue editor isn’t just about glamour. Take it from someone who lives it. That person is the editor-in-chief of Vogue Australia, Edwina McCann.

Mediaweek paid a visit to the NewsLifeMedia office recently to talk to McCann about the redesign of the monthly Vogue magazine. During the conversation, McCann mentioned that she was to catch a flight to Melbourne the next day for an event and then catch the last flight back to Sydney. She was to fly out to Melbourne again the day after to co-host an event.

When asked why not just stay in Melbourne overnight, McCann said mother duties called: “I will get the children to hockey about an hour away early on Saturday morning and then I will go back to Melbourne to host a very glamorous event.

McCann hopes the NGV Gala becomes an annual event and grows in glamour and popularity. “It’s about improving the permanent exhibition of the NGV and allowing them to acquire significant couture pieces, for example,” she said.

According to McCann, fashion is a form of art. The fight to get more people to see the content creators playing in the space is fiercer than ever, she acknowledged. However, Vogue has cemented itself as an authority in fashion in Australia and worldwide. The brand’s strong footprint on social has given the Vogue Australia team room to work on making its print product more relevant to its readers today. The new squarer look of the magazine was launched with the September issue, which went on sale on 28 August 2017. The shape of the magazine was inspired by Vogue UK. The cover also takes more of a minimalistic approach with fewer cover lines.

The idea for the redesign was born from a conversation that McCann had with Harvey Norman CEO Katie Page, who McCann says is a “really great supporter of print publications and a fan of magazines”.

McCann recalled: “We were discussing how the print experience had evolved and changed as we’d all become more confident in digital and social. We finally were confident enough to understand that print needed to be print-ier.

“What we hadn’t done is address what print is and what it means to our brand.”

At one point in time, brands wouldn’t take any offence at being identified just as a magazine. Now, the print product is just one part of the description that defines what a brand does. This evolution has forced editors and publishers to rethink where their print product sits in the mix of their offerings. This is exactly what McCann did.

“I’ve been an editor at Vogue for over five years now. I was an editor of another magazine [Harper’s Bazaar Australia] prior to that, so I’ve been an editor for over eight years,” she said. “I’ve really seen the arrival and the rise of digital. The original feeling amongst editors once digital arrived was, ‘Well, we have to be more like digital.’ This was a global phenomenon.

“The [thought process was], ‘Nobody wants to read more than 500 words. Everything’s got to be snippety.’ It became quite frenetic in the book. I actually think we made a mistake. We didn’t understand that when people were consuming news or imagery in a digital format on the mobile they were also being constantly interrupted by their Instagram telling them that they’re not in Europe. Instead, they’re just sitting under a blanket on their couch, while all their friends are frolicking in Mycenae or something.”

To rectify this “mistake”, McCann has reintroduced long-form journalism on the pages of Vogue Australia. Along with this, she is also reinvesting in photographs that appear in the book. “We need to be curating the experience for the reader,” McCann said.

At 320 pages, the redesigned edition of Vogue Australia is one of the biggest issues of the magazine ever produced. The print product started showing early signs of success, even before it hit the stands. The magazine cracked $1 million in ad sales, making it “one of our most financially successful ever”, McCann revealed. “We haven’t done that since our 50th anniversary.” That was in the second half of 2009.