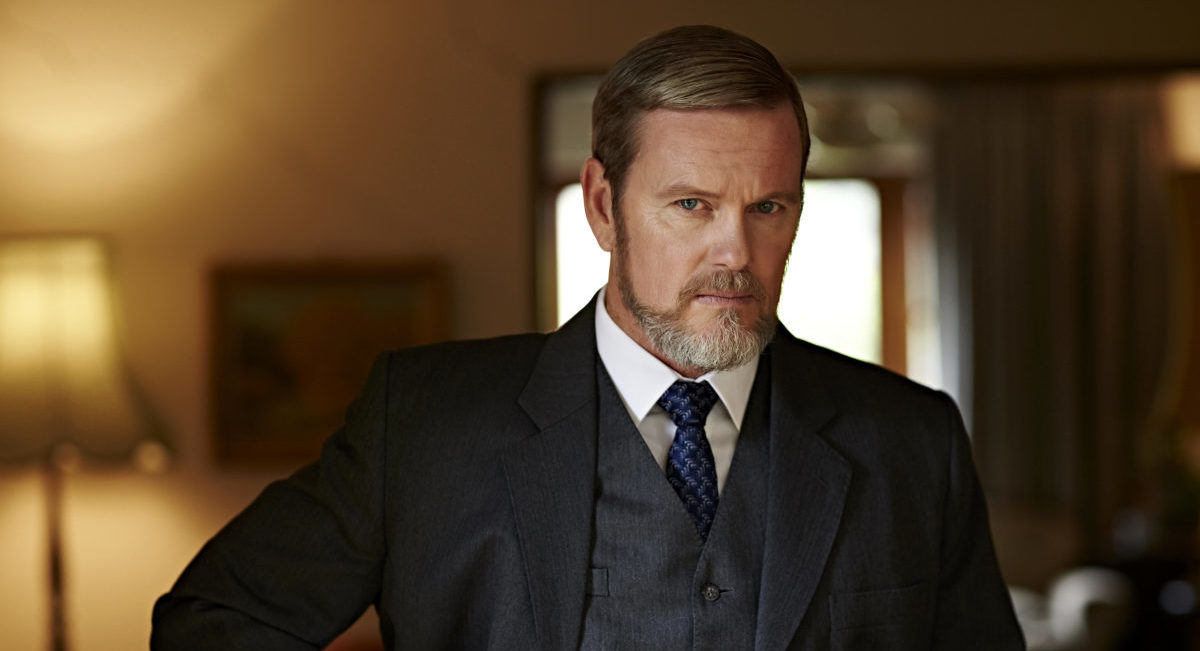 There is much irony in Doctor Blake supposedly finishing with this telemovie, only to be snapped up by Seven who will make more for 2018 and beyond. What a difference a few years makes – remember when Seven cancelled A Place To Call Home for skewing too old, but are now riding to the rescue for a show with a very similar audience? And why wouldn’t they, given Doctor Blake’s continued success and overseas popularity. Aunty, this was either a senile moment or you still get uncomfortable whenever something becomes too popular. Good on you, Seven, but are telemovies really the way to go given this one drags a bit while getting to that happy (but predictable) ending? Given one regular is killed off tonight, think about some new cast members who can spice things up a bit … and maybe the divine Suzy Cato-Gashler playing Lucien’s aunt could be a good start.

The Exorcist – 8.30pm Wednesday on showcase

Based on its first episode, this isn’t a patch on last year’s debut, which was scarily good and surprisingly graphic. Its ratings were dire though, so it’s good to see it back even though its story doesn’t seem to have the same scope as that epic first arc. The same two priests are back, now travelling across America to fight demons and with Geena Davis now living happily ever after (we hope), John Cho takes over as the head of a new foster family. That means several troubled kids, all of whom could invite those demons in. Fingers crossed it improves.

Australia will be the first market in the world to see this new drama about FBI agents starring Sex and the City’s Chris Noth and Law and Order: SVU’s Danny Pino. This, like so many other American crime procedurals (and particularly SVU), is about missing children. Seeing any show before the US makes for some ultimate fast-tracking but this one sounds very familiar. Child abductors, just like serial killers, are not as prevalent as TV would have you believe but let’s not let facts get in the way of more grisly entertainment.

The term LGBTQI is quite the mouthful and it’s no wonder many people simplify it to just LGBT. But what of that final ‘I’ which stands for intersex and remains a subject most people know very little about? Tonight’s episode, once again hosted by the brilliant Jenny Brockie, should prove informative with an audience made up of intersex Aussies and their families.

Remember Me – 1am Saturday on Seven

This 1985 telemovie is cropping up on Seven on a regular basis these days but why? Could it be that Seven put in some money for its production all those years back and therefore have rights to screen it for forever, just like Nine still does with Skippy? Despite a script co-written by Bob Ellis and a cast that includes Wendy Hughes, Kris McQuade and Carol Raye, this was an unremarkable Aussie flick but the frequency of repeat airings, while so many other Aussie shows are ignored and forgotten, is odd.