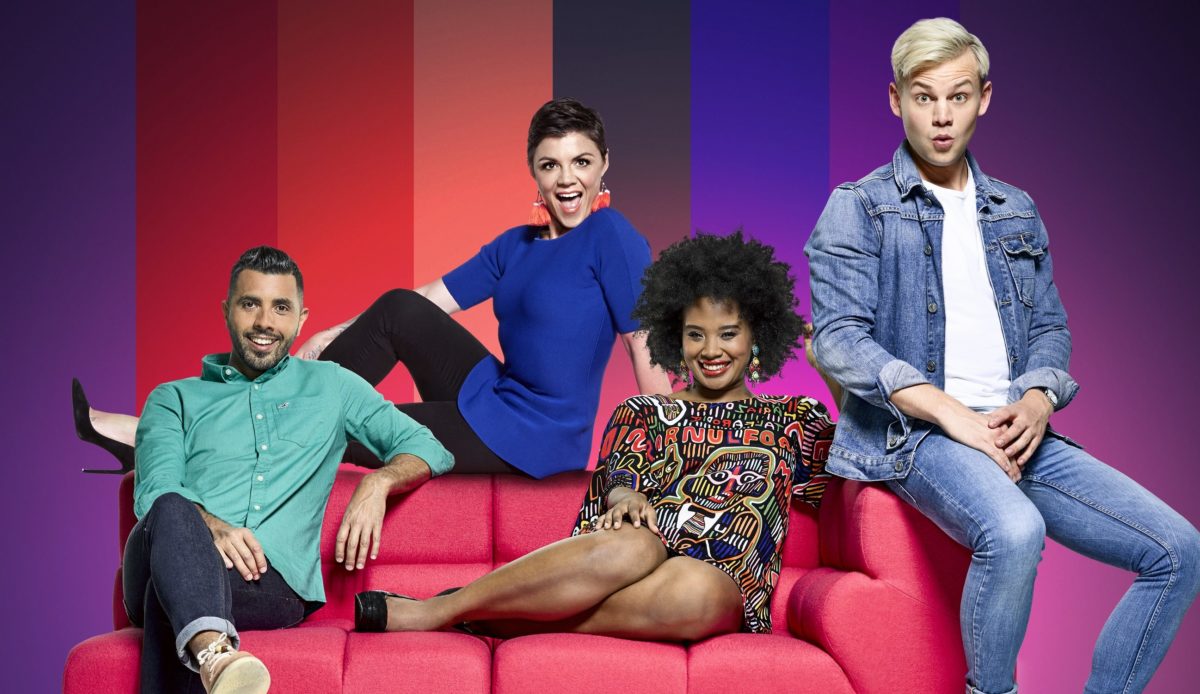 TEN’s brave experiment to try out US dramas Scorpion, MacGyver and Hawaii Five-0 on a Saturday night has failed, so it’s back to back-to-back movies just like Seven, Nine, 7TWO, 7mate, GO and SBS Viceland do. Hawaii Five–0 moves to late night Wednesday, Scorpion to ONE on Sundays and MacGyver is yet to be announced. At least TEN gave it a shot… and why not, given the ABC’s weekend success with British crime dramas. American dramas, however, just keep sinking here. So instead it’s Ice Age: The Meltdown (the second in the five movie franchise), Night at the Museum: Secret of the Tomb (the third and final – for now) and The Secret Life of Walter Mitty (a remake of a 1947 movie). Peter Jackson’s 2005 version of King Kong on Seven is arguably the best movie this Saturday (especially with the new prequel Kong: Skull Island about to hit cinemas) or there’s always four hours of Super Netball on GEM.

New US sitcom arrives with no fanfare, which is a shame given its groundbreaking content for laughs. It’s about a special needs family with Minnie Driver as the pushy mother. Son JJ DiMeo (18-year-old actor Micah Fowler) has cerebral palsy and can’t speak, but his cheekiness still shines through. Characters with a disability are now regulars on soaps like EastEnders and Neighbours and this is another great leap forward.

After failing to click, 24: Legacy and Homeland get shunted back to later so that Michael Weatherly can have a crack with his new series. Having barely left NCIS, now he is back as a psychologist who helps lawyers pick suitable jurors for big trials with rich people. Steven Spielberg is one of eight Executive Producers and Dr Phil is the co-creator after basing the concept around his early career (before Oprah). Bull can do everything, from reading a nervous tic to uncovering the real murderer. It’s slick and ridiculous and will probably run for a very long time.

Pat Abboud and Faustina Agolley are back to host, Tom Ballard and Magda Szubanski are out, but Joel Creasey and Em Rusciano are here instead. This year’s extravaganza features guests like Lucy Lawless (Xena), Nat Conway (The X Factor), a secret pop star and a brief TV history bit from me. Happy Mardi Gras!

The first series of this British coastal drama aired in 2014 to rapturous applause from critics and audiences. But a second series, and an American remake, both disappointed so now it’s time for a refresh with a brand new story. Or is it? This third and final series sees detectives David Tennant and Olivia Colman investigating a rape victim (Julie Hesmondhalgh). Many of the original townsfolk are still in town and are any involved? Reviews from the UK are encouraging, where it airs on a Monday. Friday isn’t quite “fast-tracking” for me, but I get why it’s a perfect Friday night show for Aunty.