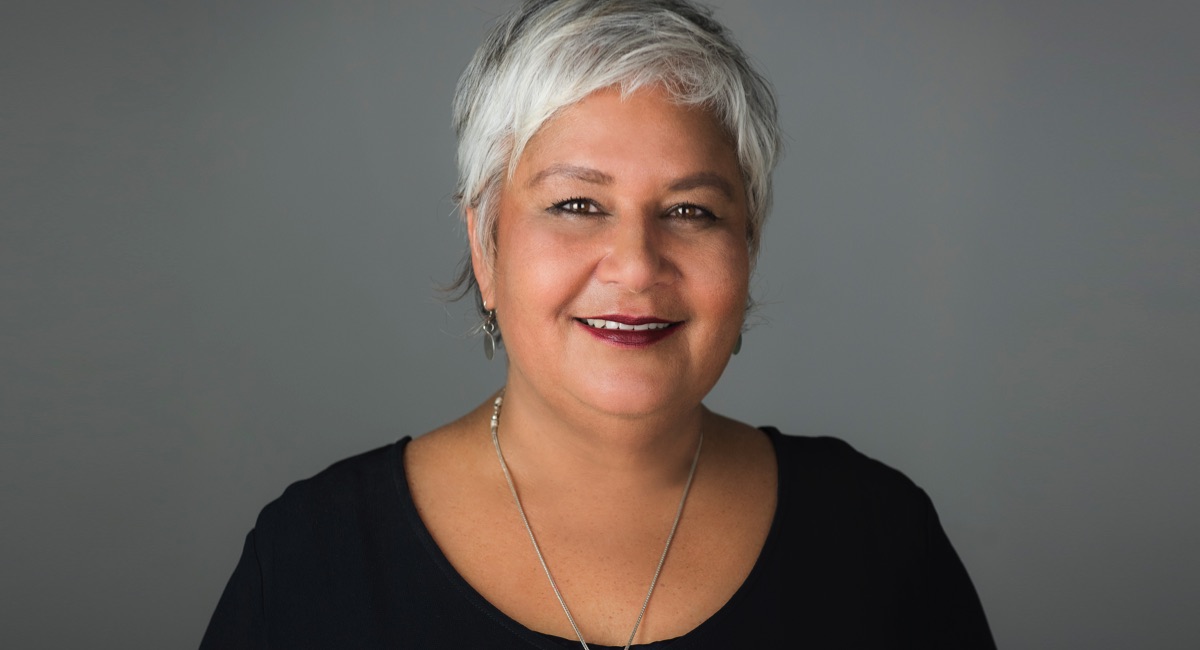 It almost seems like yesterday that she arrived to run the out-of-home industry organisation, but already Charmaine Moldrich is into her eighth year as the CEO of the Outdoor Media Association.

Moldrich came to the role after many years in government positions, she told Mediaweek’s Neil McMahon back in 2010. Her immediate previous job was as executive director of marketing and visitor services at the Sydney Harbour Foreshore Authority, and prior to that she was assistant director at the Historic Houses Trust of NSW. It turned out that experience, while not directly related, stood her in good stead.

This week talking to Mediaweek, Moldrich remembered how she was something of an outsider as she touched down at what was to become one of this decade’s hottest media success stories.

“I knew nothing about media, to be honest. I came to out-of-home with a government and a client perspective, not a media perspective. I have learnt a fair bit since then,” she said with a laugh.

When Moldrich arrived the OMA had recently launched MOVE and one of the first moves was to increase the frequency of its revenue reporting from quarterly to monthly.

“It took a couple of years for people to really get the sense that something in the sector had changed. We later started to see some consolidation and then the IPOs [oOh! and APN Outdoor]. We are at the point where all the big five outdoor companies are shareholder-driven in some way.

“The players haven’t changed, which is part of the reason we have been stable and strong. I am into my eighth year and Steve O’Connor [JCDecaux and OMA chairman] has been here for a very long time – so have Brendon Cook [oOh! Media] and Richard Herring [APN Outdoor].”

Moldrich said the latest major player at the table is perhaps QMS, but she noted CEO Barclay Nettlefold comes from out-of-home royalty and is certainly no stranger to the sector.

“Probably the most unstable thing that has happened in out-of-home is that they hired someone from outside the industry to run the OMA seven years ago!” [Laughs]

When asked about the biggest change to the industry this decade, Moldrich said it is hard to pinpoint one thing. “We had a little bit of a perfect storm. When MOVE was launched it came at exactly the right stage, at a time when other traditional media was experiencing turmoil brought on by the rise of digital.

“When we started to embrace digital it became not something that disrupted us, but another string to our bow. It allowed us to disrupt other channels.”

Moldrich noted she was fortunate to arrive just after someone else had done all the hard work launching MOVE. “When I arrived they had the foundation of a great audience measurement system. In doing so all our members got to really know each other well and understand the power they had as a group.

“The board has been incredible in their commitment to that. We have a very cohesive board and I have had a very supportive board.”

As the revenues started to build, Moldrich said that motivated her members to work even harder to maximise the opportunities opening up. “Everyone works incredibly hard reinvesting in the sector.”

She noted out-of-home remains one of the smaller players, although if the upward revenue trend continues it will soon be one of the bigger players.

When Moldrich arrived in out-of-home, sector annual revenue was just under $500m.By the end of this decade Zenith is forecasting it will be over $900m, overtaking newspapers and closing in on radio.

One of Moldrich’s worries when she first arrived was that her job would be all about making money. In fact her members have been pretty good at that. “My job has been about a bunch of other things, with the role testing both my intellect and my heart. I feel incredibly lucky to be working with my board. They are all very connected to their families, their staff and the industry. That probably comes from being a smaller channel owner.” 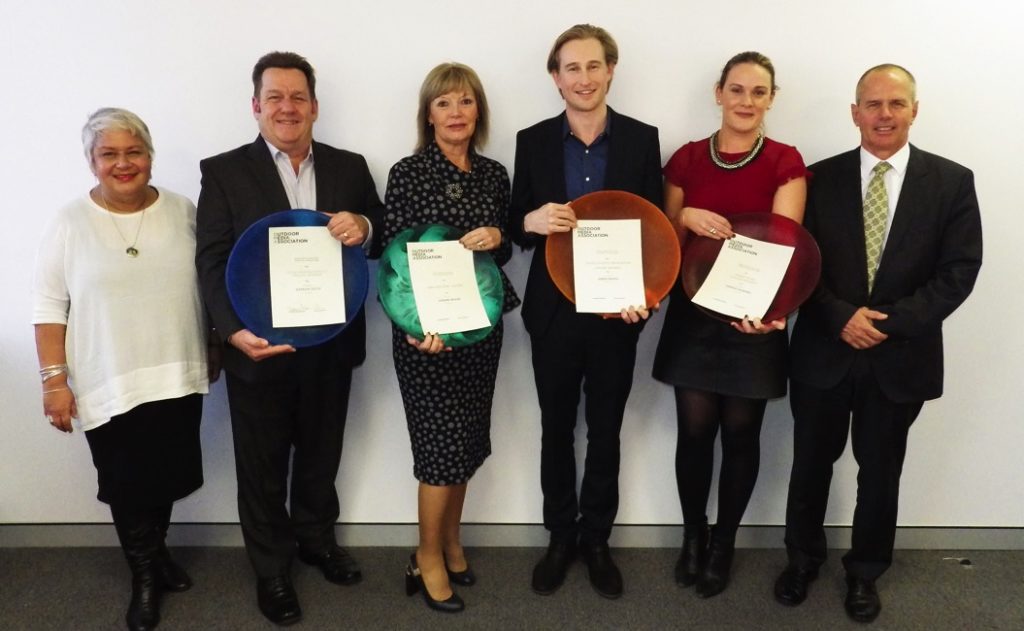 The pace at which oOh!media continues to grow it could soon be a very big channel owner. Moldrich wouldn’t be drawn on her thoughts about the merger of two of her biggest members – oOh!media and APN Outdoor. She added there was little she could tell us anyway as she is not privy to each member’s individual business plans.

“Our board meetings can be pretty full on, but they are open and always plenty of laughs too. There is a lot of camaraderie.” She quoted Mediai and OMA surveys that report nearly all out-of-home staff are content in their roles. Is she looking for the couple who are not? [Laughs] “No, of course not.”

Bickering between OMA members seems to be kept to a minimum, at least in front of their association CEO. “There is robust discussion at times,” Moldrich ventured. She then admitted if you run a board properly you don’t take contentious issues to a board meeting. “You try to understand the issue and then resolve it before you take it to the board. Board meetings need to be strategic. Our board is smart people running multimillion-dollar businesses while I run a not-for-profit organisation.

Moldrich said she works with her chairman, currently JCDecaux’s Steve O’Connor to settle any problems quickly, with diplomacy under way where necessary. “The job of the association is to find the places where the industry is united rather than the places that pull us apart.

“We have seven really smart people in the room and if their time is being used to argue then we are not using that time as best we could. I have done seven years of board meetings with two every quarter – one for MOVE and the other for the OMA.

“I never walk away from a board meeting thinking that was OK. I walk away feeling exhilarated by what I get back. It is very motivating. Winners are grinners. It is good that the industry is doing so well, but it is also good that none of us are taking it for granted.”

Industry revenue and the great creative outdoor are the sexy parts of the business. Government lobbying, not so much. But Moldrich was clear that it is a very important part of the OMA’s work.

“For some people it may seem like the boring part of what we do. But the board has recently invested more resources in that area.”

Moldrich explained some of the boring stuff: “We do have to go and lobby on behalf of the industry. At the moment that involves some of the advertising categories which include alcohol, fast food and gambling. They are top of mind at the moment for governments and they can be seen as easy wins by some, with some people suggesting certain things should be banned. That can be a simplistic solution to a societal problem. The solutions are far more complex than banning advertising and out-of-home can be an easy target.”

Another topic is talking to different levels of government when it comes to planning road networks, in particular getting details from the NSW Government on the work it has done on guidelines for digital billboards. “I think we have been talking about that for seven years. We had a bit of a setback recently when the minister changed.”

The OMA is also heavily involved in education and runs the Future Cities conference to explain to governments the value of out-of-home in terms of what it can offer.

“We also work in advocacy to maintain self regulation.”

The organisation also organises industry forums looking at the future. “Current themes include data and privacy and what will happen when driverless cars come in.”

Is out-of-home being greedy?

“Definitely not,” said Moldrich when asked about the sector’s ambitions. “We continue to be under-indexed in Australia still, despite our growth.” The sector has a focus to try and get its rightful ad share. “MOVE was put into place to grow market share. Part of the reason why the sector has been stable and focused is the end goal has not changed. We haven’t been distracted by other things. We are here to grow market share because the channel deserves to have a certain level.”

The Outdoor Media Association this week released research by Deloitte Access Economics. Labelled Signs of Growth, it outlines the important and growing contribution of the out-of-home industry to Australia’s economy. “The OOH industry plays an important role in creating vibrant cities while contributing to our nation’s wealth. OOH is moving from strength to strength particularly as our populations become more urbanised and digital technology enhances what our signs can offer advertisers, governments and citizens,” said Moldrich.

Deloitte Access Economics predicts that these conditions pave the way for OOH to become a primary media channel. “At a time when many governments are grappling with budget deficits, the OOH industry provides a revenue stream, paying $1 in every $2 of revenue in rent and taxes to government and other landlords,” said Moldrich.