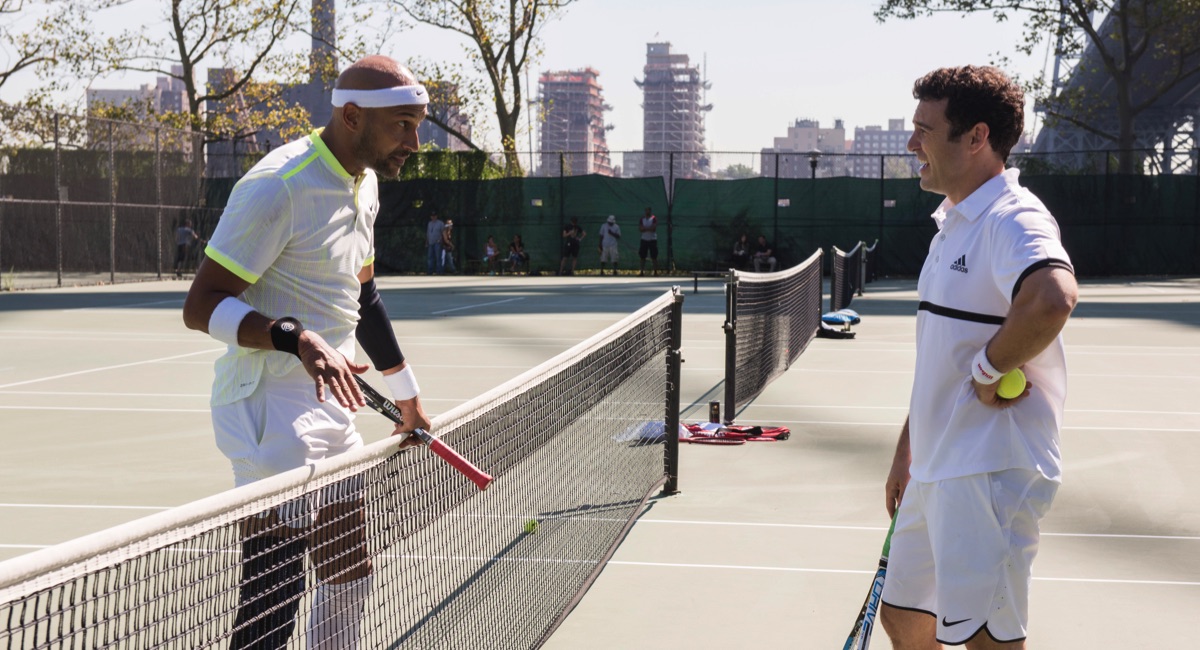 Twenty years after a group of buddies hung out together at uni, they are still intertwined in each other’s lives in New York city – particularly the couple still having an affair on the side, despite having now married other partners. Some US reviewers have not been kind, but this is the first Netflix series I have binge-watched in one sitting since The Crown. It’s fast-paced and quite bonkers at times, with some hilarious performances from Key and Peele’s Keegan-Michael Key, How I Met Your Mother’s Cobie Smulders, The Wonder Years’ Fred Savage and some killer guest spots from Seth Rogen, Billy Eichner and Aussie actor Kick Gurry.

Game Of Thrones – 11am Monday on showcase

The seventh season premiere is shrouded in secrecy, particularly now that the TV series has overtaken George R. R. Martin’s novels. Try to stay off Twitter on Monday if you can’t watch and don’t want any plot spoilers. The drama will wrap up with its eighth series some time next year or in 2019, and until then, we can all discuss endlessly what HBO will spin off to keep this cash cow going as long as possible.

For those watching the 8.30pm encore of Games of Thrones, stay tuned for the sensational new drama airing on BBC First. Produced by legendary movie producer Ridley Scott, and based on a story written by star Tom Hardy and his father, this is a very modern and totally sexy period drama about a smouldering long-lost heir (Hardy of course) returning to claim his family fortune. It’s dark, menacing and awfully good, so good it’s already been renewed for a second season. But why the delay, given this premiered in the UK way back on January 7? Not good enough for a channel that calls itself BBC First.

A transplant patient (Claire van der Boom) returns to the hospital that saved her life, except now she is a doctor-in-training wanting to learn more from the surgeon (Game of Thrones’ Owen Teale) who saved her life. The always brilliant Susie Porter co-stars along with A Country Practice’s Penny Cook (who will hopefully get more to do in future episodes), Spartacus’ Liam McIntyre (well, there has to be a drop dead gorgeous doctor in every medical drama) plus a believably multicultural supporting cast. A sexy workplace shag veers dangerously close into Crownies territory, particularly given it features former Crownies co-star Andrea Demetriades who has also starred in every ABC Aussie drama this year (Janet King, Seven Types of Ambiguity… except for Cleverman). This one doesn’t quite reinvent the medical drama the way that Doctor Doctor has but it should be worth sticking with.

This prequel to Helen Mirren’s iconic series Prime Suspect is surprisingly good. Set in 1973, probationary officer Jane Tennison (Stefanie Martini) begins her first murder investigation, albeit from the sidelines. The era is perfectly recreated and there seems to be a lot more going on than just the murder of a young prostitute, but the best part is seeing Jane living at home with her disapproving and wound-up mother. Author Lynda La Plante was not so impressed though and has put the kabosh on a second series.