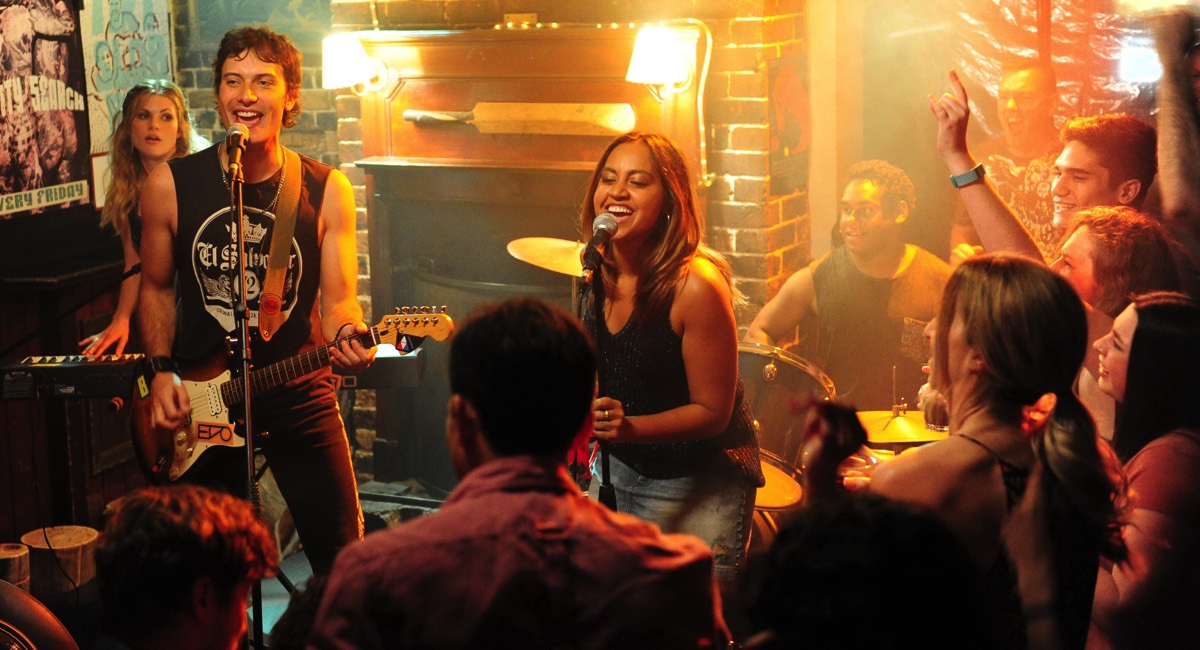 Host Luke Jacobz promises in this opening intro that viewers are about to meet the most diverse set of contestants yet … before then introducing five groups of white people. To be fair though, one couple appears to be gay but is referred to as “Fussy Couple” (and maybe there would have been less vitriol about a plebiscite if we were asked to vote on fussy couple marriage instead of same sex). Anyway, the winning couple will get a trip to a Palm Springs mansion “rumoured to be owned by a famous movie star”. But who could that be? Needing to know may stop viewers realising that this is the first TV show inspired by Airbnb. Could Who’s My Uber be next?

The good news is that Billie (Jessica Mauboy) finally meets some indigenous relatives but the bad news is, after just one singalong, she leaves her mob behind to rush away as she heads back to her white fella father’s family. So, after last year’s convoluted “is she or isn’t she” DNA result swapping, apparently Billie is now a fair dinkum Norton based on a baby photo. There is magic in this series whenever Jess Mauboy sings, but as soon as the music stops, what’s left is ridiculous coincidences and unbelievable characters. You know you’re in trouble whenever the musical sequences are the least cheesy thing in the show, but at least another soundtrack album should hit stores for Christmas so wait for that instead.

The Mosque Next Door – 8.40pm Wednesday on SBS

Cinema patrons exiting the surprise hit comedy movie Ali’s Wedding all commented about how much they enjoyed learning about a lifestyle they knew very little about. So this three-part series should prove to be just as informative, particularly after unprecedented access filming inside a suburban Brisbane mosque for a year. Instead of lurid tabloid headlines, we can now focus about who loves cricket the most, the bikie who has turned his life around by converting to the religion and what’s it like being smack bang in the middle of rising Islamophobia.

How did I miss the premiere of this last week? This addictive British drama, now being repeated on ABC, had the Brits glued to their seats and again scored with a riveting second season beginning two years after the events of the first one. The return of ex-husband Simon (Bertie Carvel) puts Dr Gemma Foster (Suranne Jones) back on edge, which, as fans know, makes for unpredictable and bad decision making. I am now halfway through this, and am unsure where it is heading and fearing the worst. In other words, it’s still deceptively simple and utterly brilliant.

This new procedural drama about a tech organisation crowdfunding to solve murders is a modest hit in the US after six episodes. But watch this space, because now that lead actor Jeremy Piven has been accused of sexual harassment while on Entourage, things could change very quickly. He denies the charge but if more accusations pour in, this series may be “rested” or “retooled” quicker than Netflix announcing the cancellation of House Of Cards.