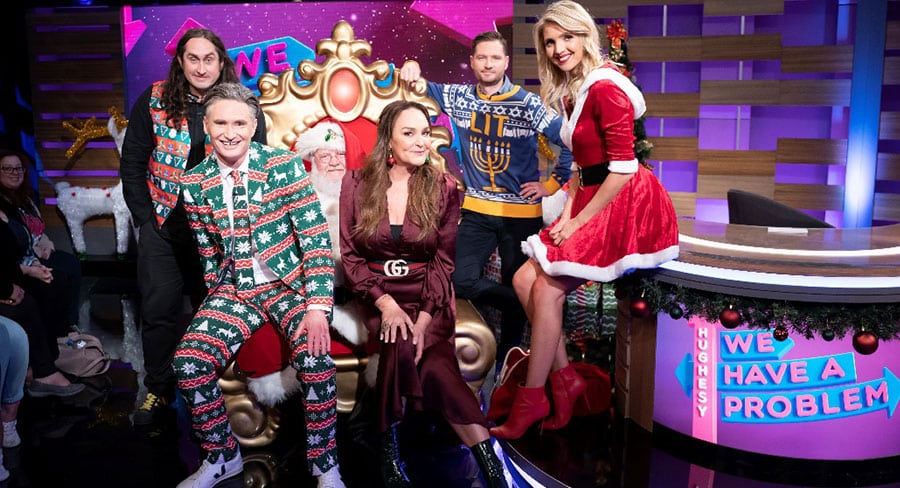 • Hughesy, We Have A Christmas Special screening next week

Dave Hughes and Kate Langbroek haven’t been together on radio too much this year as the Hit Network drive hosts have been living in separate countries. But Kate has returned to Australia to work alongside her longtime radio colleague on a TV project.

Also joining Hughesy are his other Christmas elves; Nikki Osbourne, Charlie Pickering and Ross Noble, who have gifted viewers Hughesy, We Have A Problem Christmas Special on 10.

Solving a plethora of silly season problems, Hughesy and his band of merry-givers have been busting their baubles to find a solution to every Christmas crisis. Whether it be a neighbour dealing with the fallout of his OTT Christmas decorated street, a 4’3 man who can’t even get a job as a Christmas elf or a mystery celebrity who’s been single for 20 years, Hughesy and the panel are here to help.

Hughesy’s special guests also have some problems of their own they need help solving.

Having converted to Judaism, Charlie Pickering has a problem, and no, it isn’t that his favourite Christmas movie is Die Hard. Charlie and his wife are mad about getting merry, but don’t know how to break the news to their Jewish family. Can Hughesy help them spring the cat out of the Santa Sack?

After extending her year abroad, Kate Langbroek needs some advice on what to do with her house while she’s in Italy and Hughesy turns to his helpers for a way to have a vegan feast, without ruining Christmas for the rest of the family.