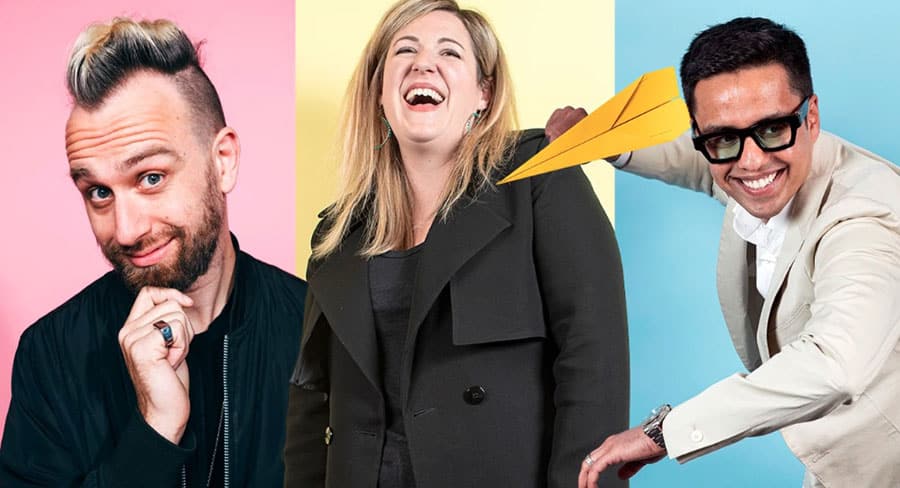 The Financial Review Young Rich List has been tracking the wealth of Australia’s richest people aged 40 and under for 16 years. Young Rich Listers must be self-made and not have inherited their wealth.

“It’s fascinating to see businesses like Canva that is just five years old that are now worth seven times as much as Here There & Everywhere, the 30-year-old, ASX-listed media and entertainment company. The Young Rich List is growing solidly again in 2019, and it’s quite interesting to see how Australia’s young entrepreneurs are thinking about business, growth and success.”

Matthew Drummond, editor of The Australian Financial Review Magazine, added: “The Young Rich List is the only true measure of the business success of Australia’s young entrepreneurs, sports stars and actors. While technology is still the best way to get onto the Young Rich List, this year’s list is notable for the number of sportspeople, especially basketballers.” 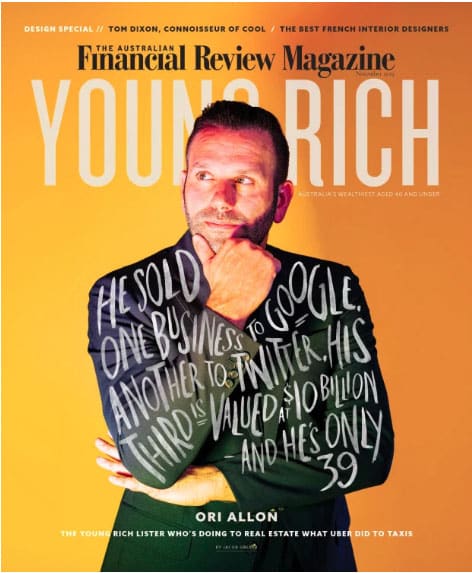 Coming in at third place are the only other billionaires on the 2019 Young Rich List – Melanie Perkins, 33, and Cliff Obreacht, 32, co-founders of beginner-friendly graphic design software company, Canva. The pair are valued at $1.35 billion on the List, although that would be nearly $400 million higher if calculated today because Canva raised money at a higher valuation on October 17 and the List’s calculations are ruled off in the first week of September. Their valuations have risen dramatically since 2018 – from $177 million – due to a new understanding that they and key staff collectively retain more than half of the business.

Collis and Cyan Ta’eed, co-founders of Envato, an online marketplace for digital assets ranging from WordPress templates to 3D-printing renders, claimed fourth place on the Young Rich List with a worth of $799 million, up from $428 million in 2018. Aged 40 and 38, they are the CEO and executive director of Envato respectively.

In fifth place is 39-year-old Ori Allon, down from fourth place in 2018. The co-founder and executive chairman of Compass, a real estate technology company often described as the Uber of the real estate industry, is worth $747 million, up from $539 million last year.

Peter Greensill, co-owner of Greensill Farming and board member of the Greensill company, is sixth on the Young Rich List with $745 million, up from $412 million in 2018. The 38-year-old businessman from Bundaberg spends most of his time overseeing his family’s sweet potato, sugar cane and watermelon operations.

The first debutant in the top 10 is Shangjin “Jin” Lin, the only son of Chinese property billionaire Yi Ling. He is the 30-year-old founder and group managing director of Aqualand and is worth $659 million, claiming seventh place on the Young Rich List.

In eighth place is Tim Gurner, 37, founder and CEO of luxury developer Gurner. He is worth $608 million, down from $631 million in 2018 when he was third on the Young Rich List.

Claiming ninth position on the Young Rich List is the co-founder and global chief revenue officer of listed “buy now, pay later” service Afterpay Touch Group, Nicholas Molnar, 29. He is worth $564 million, a jump from $341 million in 2018.

Rounding out the top 10 is fitness power couple Kayla Itsines, 28, and Tobi Pearce, 27. The co-founders of Bikini Body Training Company and owners of fitness app Sweat have a combined fortune of $486 million. The couple were ranked fifth and sixth on the Young Rich List in 2018, however their personal worth did not grow in the past year, resulting in them slipping to number 10

Technology remained the dominant sector on the 2019 Young Rich List, with software-as-a-service businesses such as Atlassian and Canva responsible for 11 of the 100 fortunes on the List, while e-commerce or online marketplace businesses made 25 of the fortunes. These numbers are down from 13 and 28 respectively in 2018 because of the rise of sport as a wealth sector, thanks to Australian basketballers infiltrating the ranks of the United States National Basketball Association (NBA).

Sport as a sector contributed to 16 fortunes, with six Australian NBA players making it onto the Young Rich List, five for the first time, including Ben Simmons.

The co-founders of Pedestrian.TV, Oscar Martin and Chris Wirasinha, fell off the 2019 Young Rich List, just missing out with $27 million.

Also off the list are Mark McDonald and Josiah Humphrey, co-founders of app developer Appster, which collapsed last year