• The breakfast radio hosts were joined by colleagues and celebrity guests

The breakfast radio hosts were joined by colleagues and celebrity guests throwing their support behind the cause. smoothfm partnered with the Ovarian Cancer Research Foundation (OCRF) to raise funds for Frocktober. Mike and Jen had invited guests to get “frocked up” for a night of fashion and fun alongside smoothfm weekend presenter David Campbell.

In attendance was actress Krista Vendy, who celebrated her first wedding anniversary on the weekend wore her wedding dress, Neighbour’s actor Sharon Johal also wore traditional wedding dress, and smoothfm’s Jennifer Hansen got frocked up and right into the spirit of the cause by participating in a special fashion parade showcasing a frock that has special meaning to them. 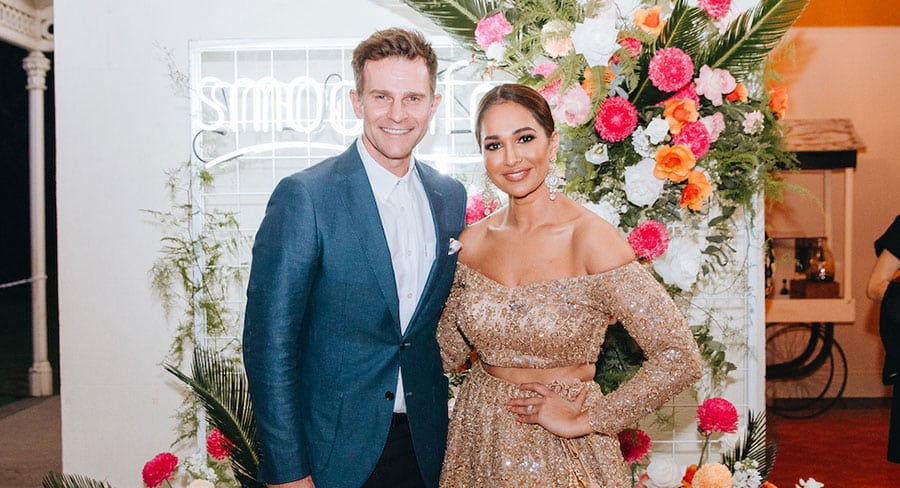 Now in its 13th year, Frocktober continues to build momentum each year as it empowers women around Australia to Dress up, Raise Funds and Frock Cancer. Ovarian cancer is the most lethal of gynaecological cancers and without an early detection test, it claims another life every eight hours.

Jennifer Hansen said: “It was great to have David Campbell along who helped draw the raffle, and Leanne Flynn, an ovarian cancer patient, and the OCRF Community Ambassador – they gave heartfelt and emotional speeches which really brought home how this disease has such a devastating effect on women and their families. Leanne is an inspiration. She works so hard to spread the word and raise awareness while herself is still undergoing treatment. She really is an incredible woman.”