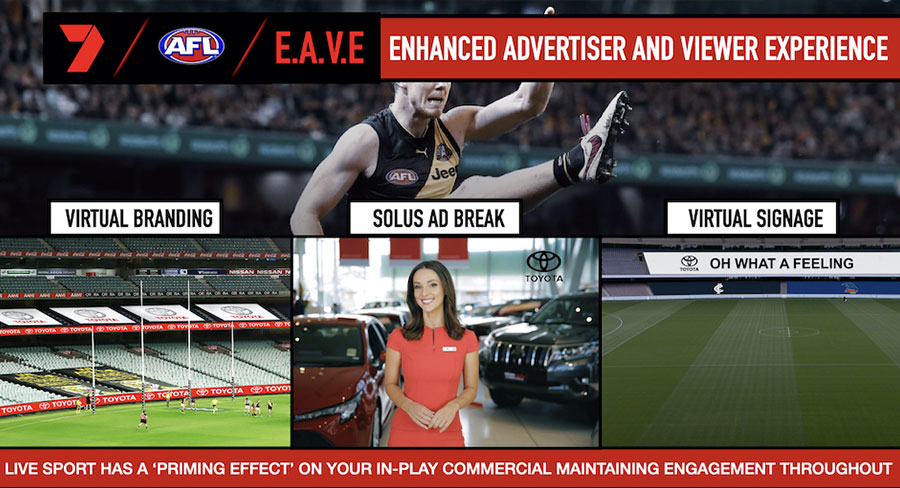 • Seven will show fans enjoying the match, but they will be on Zoom

Seven West Media’s chief commercial officer Kurt Burnette this week led an online presentation to coincide with the relaunch of the 2020 AFL season.

During a short introduction Burnette talked about how the AFL restarts as part of a brand refresh for Seven that started with Big Brother which also returned this week.

The AFL relaunch event was held at Seven in Sydney and on location on the set of The Front Bar in Melbourne. 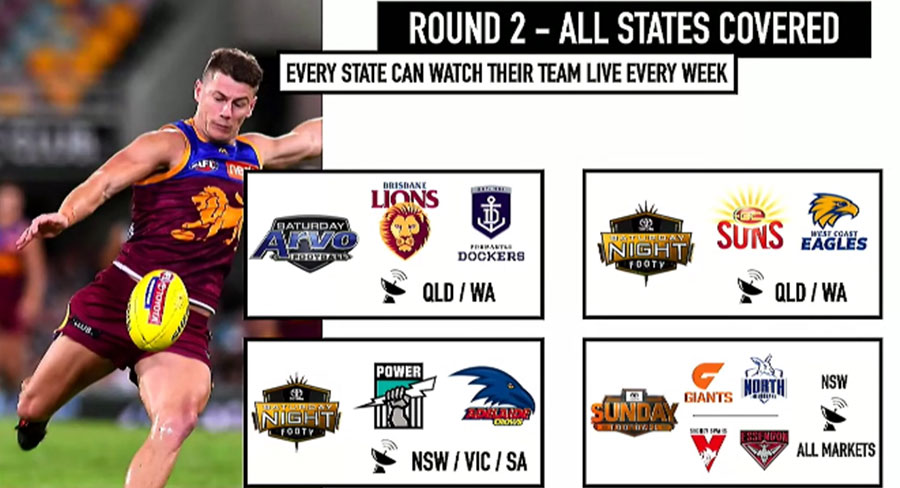 Later during the presentation Burnette said the AFL will be a great companion piece for the rest of Seven’s new 2020 primetime line-up. In AFL markets, it will be footy four nights a week starting with The Front Bar on Wednesdays then live footy Thursday, Friday and Saturday nights. The remaining three nights will feature Seven’s major primetime franchises.

Following Big Brother in the 7.30pm Sunday, Monday and Tuesday timeslot will be Farmer Wants a Wife and then Plate of Origin. 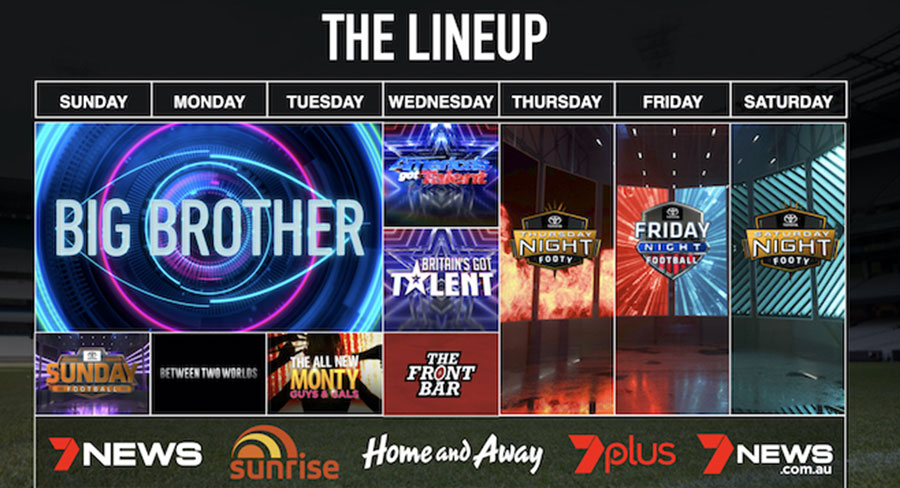 Joining Burnette to talk up the renaissance underway at Seven were network sales director Natalie Harvey and network digital sales director Nicole Bence. Bence is one the survivors from Pacific where she was commercial director.

Harvey talked about the increased use of virtual signage which is set to become a feature of the new look coverage with empty grandstands being filled with advertising during longer ad breaks after goals are scored.

The Seven execs also talked about the reduced ad loads that had long been a feature of the AFL, and was introduced during Big Brother this week. Watch The Front Bar though and you understand where some of those ads might be going!

The host of the Melbourne segment of the AFL relaunch was Seven News Melbourne’s Jacqueline Felgate.

Although Mick Molloy wasn’t on set, he delivered a short video explaining this week was the “most anticipated round two launch in AFL history”.

Marcus King, head of AFL broadcasting and scheduling, told Felgate: “Four rounds of the fixture are now done, only 16 to go. And then a 2021 to do after that! We have worked closely with Seven to make sure Thursday and Friday games are huge. On June 22 we will announce the next block of games. Our hope is border restrictions will ease. If not we will continue to schedule in short blocks.”

Kidd then played an example of the audio from a game in round one. “We have been working with our audio people on adding crowd effects. [Plays audio] Very subtle, but they add a lot.”

The AFL and Seven has also been working with Zoom on an initiative sponsored by Toyota bringing nine Collingwood and nine Richmond fans into the game by showing them on a Zoom screen at relevant moments during the Thursday clash. Seven is also promising to show every match of every team live into their own states outside of Victoria.

On the matches where Seven supplies the feed to Fox Footy, Seven will now place all ads siren to siren on those Fox Footy games.

Another guest on the set of The Front Bar was Seven AFL producer Gary O’Keefe who said no commentators will be travelling during the initial rounds.

“We are not putting one person on a plane for the first four weeks. Brian Taylor and Wayne Carey are in the commentary box and Bruce McAvaney is in studio in Adelaide this week. We think it is a world first with commentators in different states calling the same game.”

Daisy Pearce will be on boundary duty on Thursday night.

When asked about the possibility of a twilight Grand Final, Kidd said: “We are working toward late October – maybe 24th. We will make a call closer to the actual date.” Regarding match days, Kidd added: “There is no chance of matches being scheduled Monday to Wednesday. We did consider if we needed to do that, but it’s not necessary at the moment.”

To wrap up the event, Burnette left advertisers with seven key points:
1. AFL is Australia’s biggest sporting code
2. The most engaging break ad slot in marketing – after goals – just got bigger
3. Seven is enhancing the advertiser experience
4. Seven will deliver results for customers
5. Dynamic scheduling – best games now on Seven every weekend
6. Audience dominance of Seven on BVOD
7. An end of October Grand Final will go straight into Seven’s cricket season with India touring. That will be the lead into the biggest Christmas ever for retail.