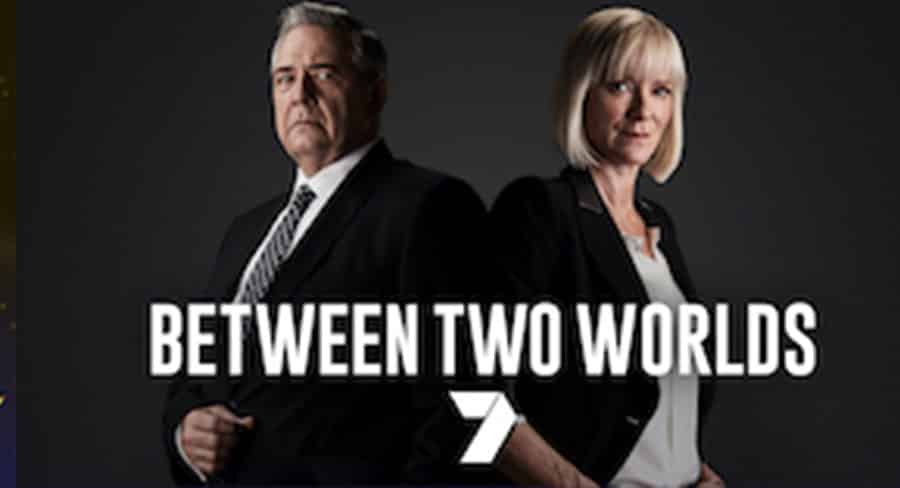 A mother. Proud, caring and strong. Her family is everything. An ordinary world.
A billionaire. He thinks he has everything.
Money, power and control. An extraordinary world.
Two Families. Two worlds. They will collide. What does she have that he wants?

From the creator of A Place to Call Home, Packed To The Rafters, Winners and Losers and All Saints, Bevan Lee is bringing a new drama to Seven in Between Two Worlds. The series stars British actress Hermione Norris (Luther, Cold Feet), Phillip Quast (Picnic At Hanging Rock), Sara Wiseman (A Place To Call Home) and Aaron Jeffery (McLeod’s Daughters).

In the drama series Norris, plays Cate Walford, whose relationship with vicious, business tycoon husband, Phillip, is on the ropes and sees a tempestuous home life trapped in a tangled web of lies and manipulation. Through a shocking twist of fate, this dark and murky world collides with the seemingly disparate and disconnected, warm and loving world of a widow and her footy star son and musical daughter. Destructive secrets are soon unearthed proving nothing is quite as it first might appear.

Hermione Norris said: “I am always script-led in decision making and I found Bevan’s script full of well-drawn characters and a page turning narrative – it was a really entertaining read, and fun for me to consider something a little bit different. I think audiences will love the colour and vibrancy of this thrilling and complex narrative – many secrets to be revealed and rivalries to be exposed.”