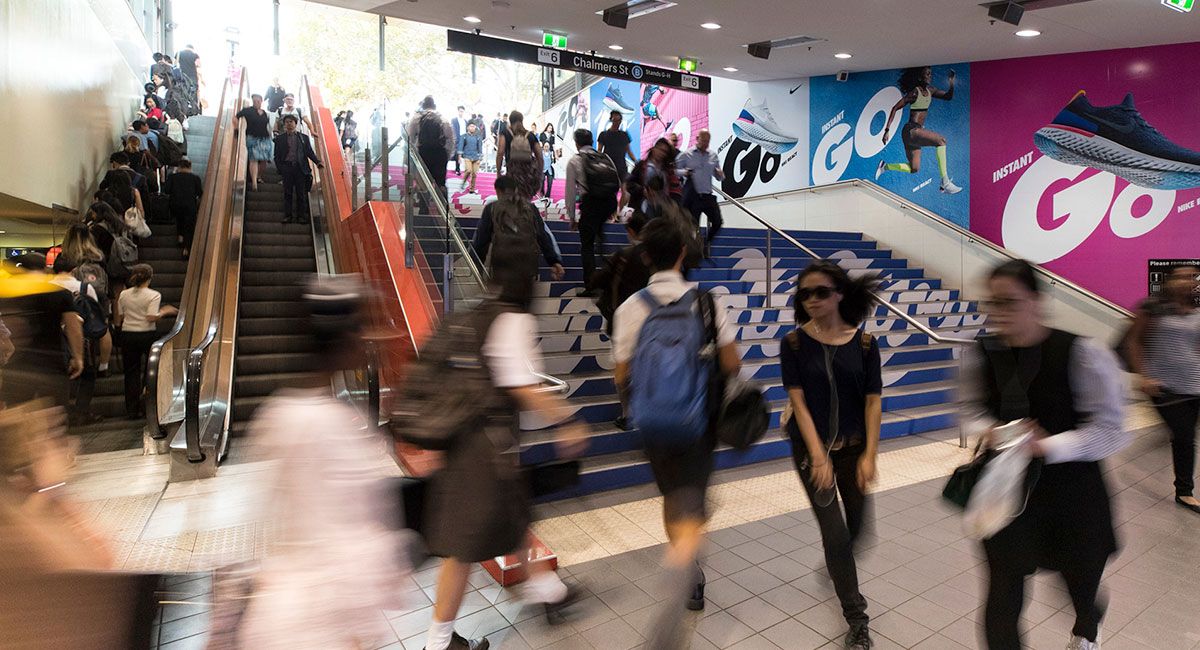 Adshel has secured a multiyear contract extension from Sydney Trains that covers concourse and platform assets across the entire Sydney rail network.

Adshel noted passenger rail is currently the fastest growing transport category and has the benefit of delivering massive audiences in a high quality environment for extended periods of time. Adshel CEO Mike Tyquin said: “This is a great outcome for us. It is reflective of the large and successful business we have built on the Sydney rail network but also in line with our vision to create a tier one media platform bringing together commuter audiences across Australia.”

Adshel said commuters are becoming an increasingly valuable audience because capturing people while they’re out and about gives advertisers the opportunity to connect and influence during periods of highest receptivity and attention.

Another key insight, this time from the recent Marketing in Motion study, states that as an audience, commuters are more alert, have higher attention levels and are more open to marketing messages than audiences reached at home.