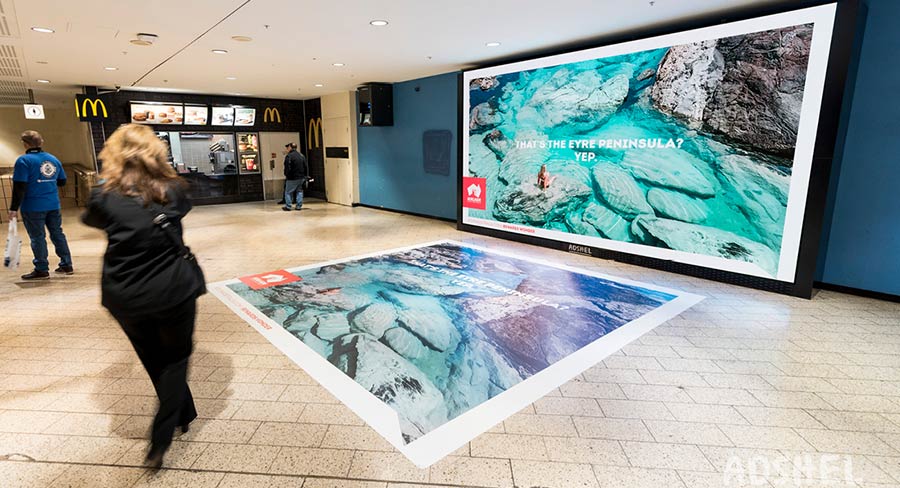 The Tell Us Where campaign rolled out across digital small-format out-of-home Adshel sites in Sydney, Melbourne, Brisbane and Adelaide, targeting consumers on their daily commute, and Adshel Rail with station dominations in Sydney and Melbourne.

The campaign aimed to capture the imagination and pique the interest of commuters with seven stunningly beautiful location shots that asked people to guess where each idyllic spot was located. The SATC brand and the location of each of the images were revealed on the same Adshel network after two weeks of the teaser campaign.

“We took a bit of a gamble on the unbranded element of the campaign, but the results have been phenomenal,” said Brent Hill, executive director of marketing at SATC. “The Tell Us Where campaign had close to 10,000 comments, reactions and likes across social media during its two-week run and then during phase two, when we revealed that all seven of these breathtaking images were of locations in South Australia, our visits to southaustralia.com absolutely skyrocketed. We had the biggest two weeks of traffic in our website’s history after the locations were revealed, with visits from Australian domestic consumers increasing by 30%.”

Adshel’s campaign effectiveness study of consumers who had seen the ads reflected these figures with a 35% uplift in intrigue, “I want to find out more”, and 65% uplift in advocacy, “I want to tell others about this”.

SATC was not the only beneficiary of the campaign, with more than 11,000 leads generated for South Australian tourism operators via the website in the week of the reveal.