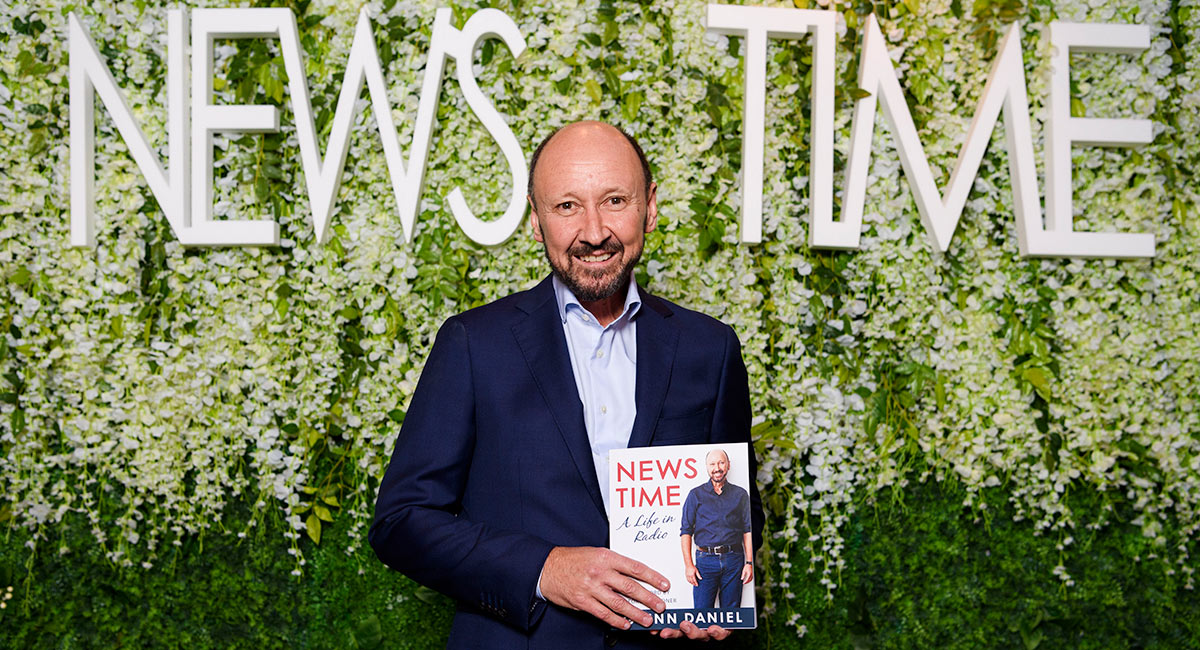 Around 150 media and guests joined Daniel at Sydney’s Doltone House for the launch.

On Friday night smoothfm’s Glenn Daniel celebrated the launch of his autobiography, “News Time: A Life In Radio”.

Around 150 media and guests joined Daniel at Doltone House on Sydney’s Jones Bay Wharf to celebrate the launch of the book, which details his 35-year career across seven iconic radio newsrooms and brings to life the people, stories and behind-the-scenes events from 1982 to 2017.

“News Time: A Life In Radio” is on sale now at newstime.media.

With Daniel having survived cancer and open-heart surgery, all profits from the sale of his book will be donated to the Cardiac Research Unit at Royal Prince Alfred Hospital for its world-first valve replacement program without open-heart surgery. Daniel with his autobiography