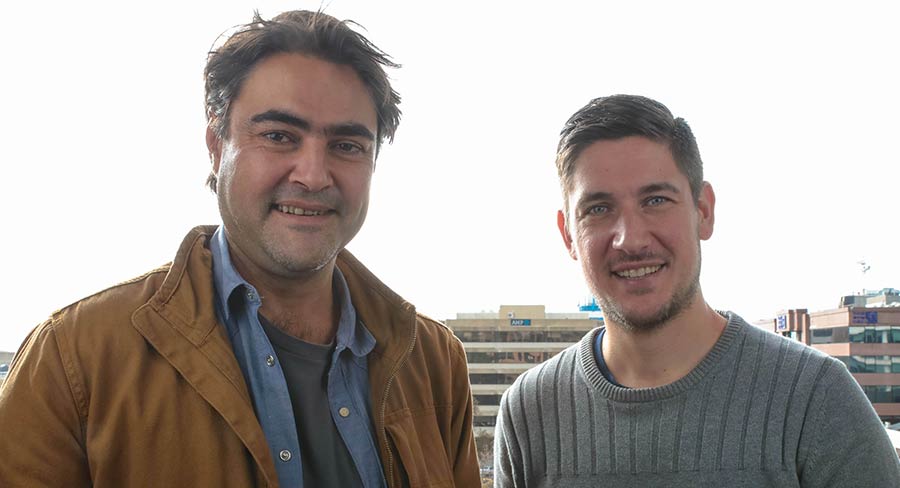 Fiveaa is the odd one out at Nova Entertainment – a network of Nova and smooth FM music stations around Australia.

However, the Adelaide talk radio station is close to the most consistent performer out of all its stations.

Key to that success is the breakfast show with David Penberthy and Will Goodings. It’s unlike both the 2GB and 3AW breakfast shows, but it’s just as successful in the market with the show #1 at breakfast.

A key part of that success is comedian Jon Blake, who presents hilarious skits on that show, and his own, which poke fun at Adelaide’s finest, including his Fiveaa colleagues.

And it is not just breakfast that tops the charts – the station’s other boasts include Rowey & Bicks with the #1 drive sports show, Jeremy Cordeaux with the #1 position in evenings and Leon Byner with the #1 morning talk show.

Fiveaa station manager Craig Munn said on survey day, “Today is a great result for the entire station and David and Will holding the number one breakfast position reflects all their hard work. Our results across the workday and weekend are brilliant and a true indication of how well-regarded our announcers are by their listeners. I am very proud of all the programs and the team and today’s results are a well-deserved reward for the whole station and to everyone who contributes to the programs.”

Just yesterday the station revealed the iconic partnership of Ken “KG” Cunningham and Graham “Cornesy” Cornes will return to Fiveaa on the Saturday Sports Show, each Saturday at 9am, from Saturday January 26, 2019.

It was an announcement that Jon Blake had some fun with on today’s show too.

For the past 40 years, KG has been an expert sports commentator in Adelaide on both television and radio. He started at Radio 5DN in 1977 and was a broadcaster with the station until 1990. He then moved to Fiveaa in 1991, teaming initially with David Hookes (KG and Hookesy’s Sports Show, 1991-1994) and then with Graham Cornes (KG and Cornesy’s Sports Show, 1995-2008). KG and Cornesy’s Drive Sports program dominated the Adelaide airwaves for over 13 years. The duo were synonymous with covering all sport, especially South Australian teams, and the return of their partnership will see all the passion and parochialism of everything sport on Saturdays on Fiveaa.

Craig Munn said this week, “We are really excited to bring this iconic South Australian duo back together on the airwaves in 2019 and are thrilled that Ken is returning home to Fiveaa.”