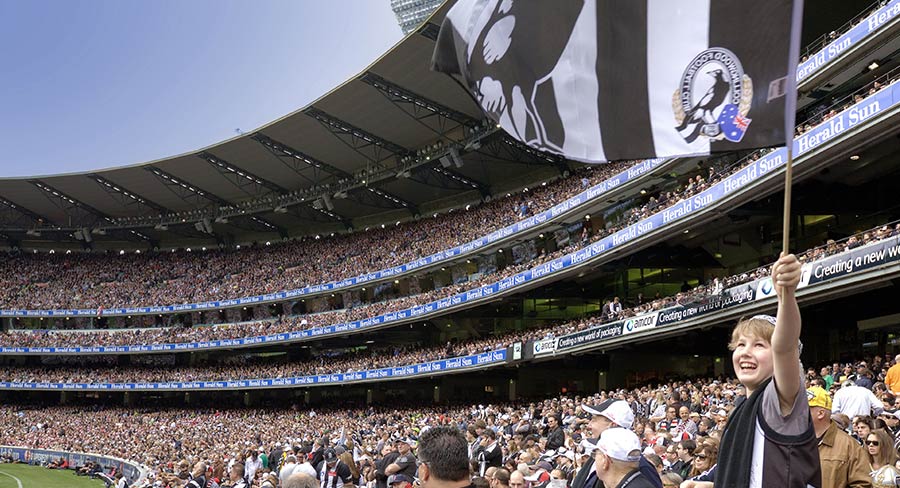 The two finals to decide the grand finalists in the NRL and NRLW screened on Nine and 9Gem and Fox League on Friday and Saturday.

Seven and 7mate and Fox Footy screened the games around Australia on Friday night and Saturday afternoon. Both games were blowouts with the result almost decided by the end of the first quarters.

Australian Rules metro grand finals were held in Melbourne, Adelaide and Perth on the weekend and screened on Seven.

The Grand Final match between Norwood and North Adelaide averaged 113,000 viewers in Adelaide.
The match peaked at 178,000 viewers.

Won Sunday afternoon timeslot for Seven across all key demos, delivering a winning 59.3% FTA channel share for Total People and 61.3% for P25-54.

Won Sunday afternoon timeslot for Seven across all key demos, delivering a 41.1% FTA Channel share for Total People and 37.8% for P25-54.

Mark Howard recently spoke to Mediaweek about how he got into podcasting and he detailed some of the most popular episodes of The Howie Games. He explained AFL footballers and cricketers attract the most downloads.

This week Howard gets to indulge both those sporting passions. He is working with Triple M on Saturday covering the AFL Grand Final. However, bookending that event, he joins Fox Cricket today, commentating at North Sydney Oval in a JLT One Day Series clash and then backs up again for another game the day after the Grand Final in Melbourne.

“The aim of the podcast was to inspire and motivate people with stories about how athletes achieve after suffering hardship along the way,” Howard told Mediaweek.

He was referring in particular to Formula One driver Lewis Hamilton whom Howard got to interview for Network Ten during its coverage of the Australian Grand Prix.

“One reason for the success of the Grand Prix coverage on TEN is it is one of the rare times in television when you can be ‘live’ live. You don’t get to go live for maybe eight minutes or so anywhere else.”

He noted it can be a little embarrassing though when confronting drivers for a live chat if they decline the invitation. “It is also very thrilling because you never know what is going to happen.”

Howard noted that some of the live behind-the-scenes insights viewers get watching Grand Prix coverage will be part of the new Fox Cricket channel.

Howard’s first job in sports was on the Formula One circuit and he was a fan of F1 driver-turned-commentator Martin Brundle and his pit lane walks.

Howard’s tips for getting an interview with a sports superstar who mightn’t want to stop for a chat: “Roll up with a big smile on your face and be polite. That is amazing how much that gives me a positive response.”

It doesn’t always work – he once asked Michael Schumacher four times live for an interview only to be turned down each time. “I still get ribbed about that these days,” he admitted.

As he’s a part of the Fox Cricket commentary team, Howard wasn’t sure, when we spoke, about any further work on TEN’s GP coverage.

He has had a long association with Network Ten – close to 10 years.

“I am still contracted to TEN until the end of this year and will be working on its Bathurst and MotoGP coverage. However, they have been kind enough to also let me begin with Fox Cricket for the start of the cricket season.

“After TEN lost the cricket rights they understood it was my passion and they let me go elsewhere, making it work for both TEN and Fox Sports.”

Howard has been on the road for much of the past few summers covering The Big Bash league for TEN. That’s not about to change.

“I got the schedule a few days ago and it’s overwhelming, but tremendously exciting.

“I had never called a Test Match until last year on the radio for Triple M. To have the opportunity to work on the Boxing Day Test is brilliant. It is a dream come true.”

Howard noted he and his daughter recently calculated there will be 55 days of cricket coverage, with travel on a lot of the days either side of those matches.

He’s not complaining though. “If I could only choose one sport to work on it would be cricket. Working with the calibre of the former players on the Fox Cricket team will be outstanding.”