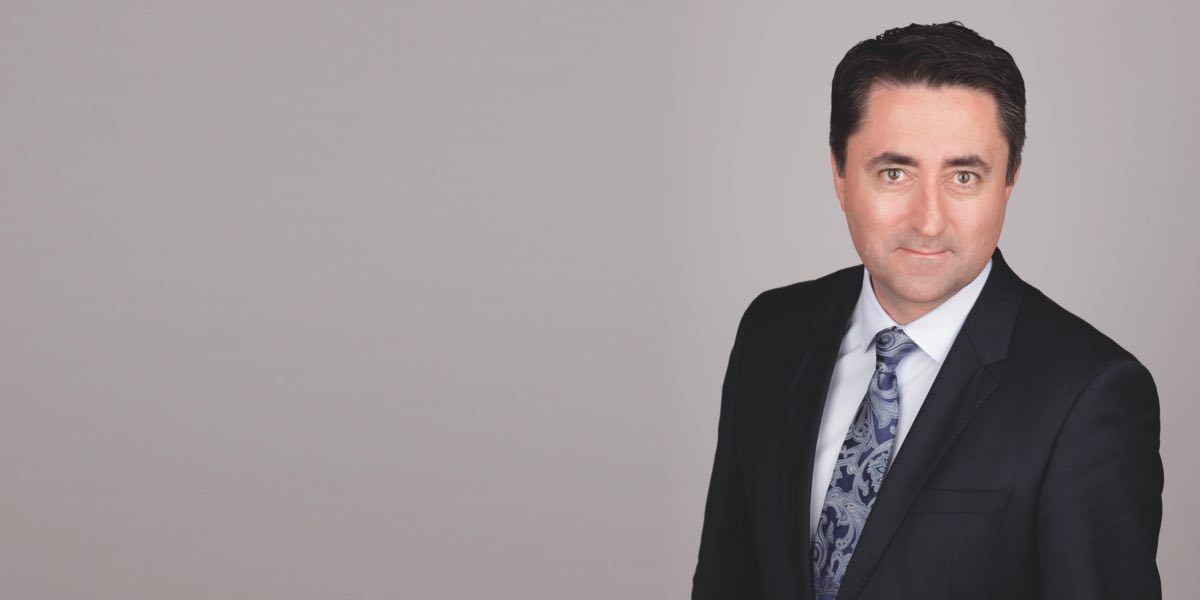 Gaven Morris is fully aware of the weight of his role. “News is critical to the ABC. When most Australians think about the ABC they immediately think about the quality of our news services, [and] the fact that we are the biggest provider of independent news in Australia – they are aware of all our brands from Four Corners to News 24 to News Radio to 7.30,” Morris told Mediaweek.

“So with the new MD coming in, she will value, as many Australians do, the quality news service we have.”

The new managing director is Michelle Guthrie, a soon-to-be former Google executive who will take on leadership of the ABC in May 2016.

“My job will be to work with her once she arrives, [as well as] to make sure the quality of our journalism and the ability to reach new audiences with it are continuing to be our focus,” Morris said.

He first worked at the ABC about 20 years ago as a producer on what was then called The 7.30 Report, before taking on the world by working at CNN and Al Jazeera. He then rejoined the ABC to launch the first continuous news channel on free-to-air TV in Australia, ABC News 24.

Morris replaced ABC’s former director of news of six years, Kate Torney, in September 2015 – fresh on the back of the Q&A uproar ignited by the participation of audience member Zaky Mallah. The show was subsequently moved from the entertainment division to news. 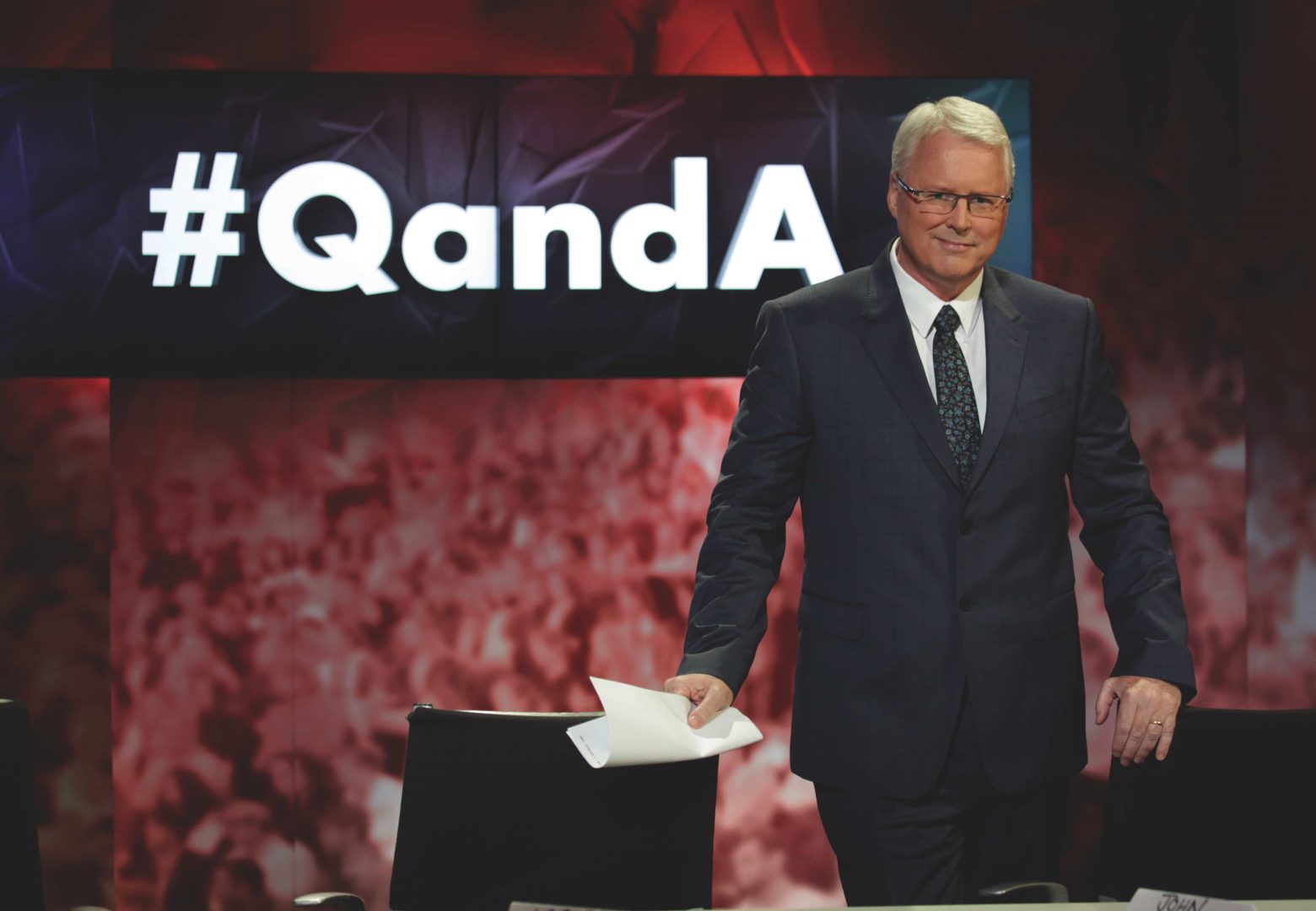 “We are not recasting Q&A. We are not reconstructing the program. We are going to have a conversation with the team about how we can reinvigorate the idea of democracy and action through Q&A, which…was always the aspiration of the program.

“We had a review late last year from Ray Martin and Shaun Brown, which was overwhelmingly positive, relating to many of the things Q&A does. But, where it made helpful suggestions in terms of things we could look at and improve, we are going to work on those and implement as much as possible.

“We are going to try to travel the program a bit more, which was one of the key findings out of the Martin-Brown report – Q&A works really well when you can get it out of a studio and take it on the road.

“Other than that it’ll be the Q&A that people love and know on a Monday night on the ABC. It will continue to be a great institution, and a great traction to big audiences.”

Among the changes last year was the standardisation of news bulletins on regional and digital radio stations.

“We didn’t shut down any radio stations at all. We didn’t close down any newsrooms in that period. What we did do was reflect on how audiences were using radio news services.

“In the morning, we still have large and strong radio services. The first thing we did was to sought to protect that service. What we then did is said, ‘Look, there are some cases where later in the day [where] we have 10 minute bulletins sitting alongside a radio current affairs program. Why don’t we standardise the radio bulletin length to five minutes outside of the peak morning period? And, then what that will also enable us to do is broadcast local radio news bulletins on national networks.’

“For example, if you are listening to Classic FM or Radio National in Victoria now, you’ll now get your local news rather than some separately produced national news.

As a multiplatform news service, ABC News website and social media pages are fighting for eyeballs. With multiple international players entering the Australian news arena in the last two years, the fight has become tougher. But, the competition has impacted on the services positively, says Morris.

“In a news sense in Australia, we are the social media leaders.

“Our approach to the new entrant into Australia has been to focus much more on local stories, to retain our focus on the quality of the journalism we are doing, [and] to get more of those great stories we are doing with our current affairs teams leveraged onto our digital platforms.

“We have continued to go up the rankings in terms of providers. We are now ranked third in the Nielsen Ratings for digital news provider, whereas two or so years ago we were down at seventh place.”

Speaking about his thoughts on using non-ABC branded platform to publish stories, Morris said: “The only job is to reach Australians, be relevant to them and provide them with great quality service. We should use whatever platforms and means out there that are being used by the community to be able to do that.”

Reflecting on the challenge of his new role, Morris said it’s all about keeping up with the volatile nature of the audience.

“The exact challenge I have now as the director of news is to look at what audiences are doing, how we can serve them better and to continue embracing the tenets of quality and independent journalism and making sure we adjust to the way the audience wants to receive its information.”

“On ABC TV itself, [in] the past two or three years, a lot of time and effort went into renewing the idea of what the seven o’clock bulletin in particular does. Rather than it being a bulletin that lists the day’s news for you, increasingly people have come to the seven o’clock news largely knowing what the stories are.

“What we are trying to [do at that time] is say, ‘If you have an idea of what stories are around already, what we want to do is explain them better to you.’ We like you to come away from the seven o’clock news saying, ‘You know what? I knew what the news was, but now I have a much better understanding of it because I watched the ABC News at seven o’clock.’

“That’s the strategy we’ve been putting behind the seven o’clock news in each state and territory, and that’s really worked for us. Certainly last year, our audiences have held steady and in many locations grew at seven o’clock, which is a great testament that people want that kind of program to help them understand the key stories of the day,” Morris explained.

“In terms of News 24, it’s an election year. [The] election year is when a lot of people come to the ABC looking for a really trusted service around the federal elections. So that will be one of the big focuses at News 24 this year.”

This year on ABC News radio services, it will be about experimenting with different ways the public broadcaster can utilise audio to better cater to its audience’s changing demands, as well as expand its audience base.

“It’s one thing [to] switch on the radio and listen to it, whether you are in your car, in your home, [or] in your office, [but] it’s another thing to think about the opportunities that exist for people who want catch-up news services in audio. News Radio will continue to reach out on social media in terms of providing an updating news service,” Morris confirmed.

However, Morris was quick to remind that with 2016 being an election year, “all of our services are underpinned by the federal elections”.

The main areas of focus for the ABC News website and social is to appeal to a larger regional audience and offer a “dynamic service for mobile”.

“Increasingly, people are using their mobile as a primary device to consume their news and information. As a news service we have to think about how we can be relevant to them in providing a great mobile service. So that’s one area of focus for us,” Morris shared.

“We’ve been working over the last year or so on providing more variety in our digital news services. So we’ve done things like adding a rural section, a music section, [and] we’re going to have more arts content rolling out on front pages.

“So broadening the appeal of the content, we are reaching out on mobile and looking at the success we have had on social media to make sure that we maintain audience enthusiasm.”

Q&A – The inspirer of panel shows

“There is plenty of room on television and in the media market for good debate and discussion programs. SBS has long had Insight and it’s also done a great job at that. You see a program like The Project on Channel 10 which is a panel discussion – but less audience engagement – but a really dynamic new way of dealing with issues and the day’s news. So there is plenty of room. The more Australians are invited to conversations around important issues we are all facing, it’s better for audiences and our community.”