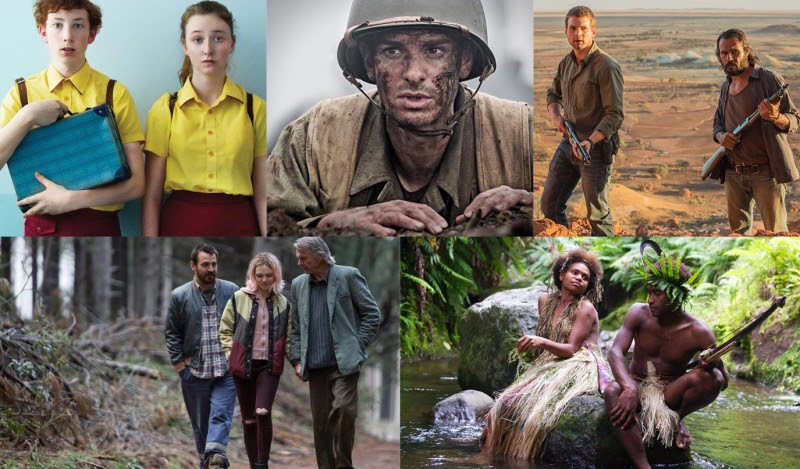 The Australian Academy of Cinema and Television Arts (AACTA) Awards has announced the nominees for the 6th AACTA Awards and new Presenting Partner, Foxtel.

Leading the nominations is Mel Gibson’s highly anticipated return to directing, Hacksaw Ridge, with 13 nominations, followed closely by The Daughter with 10 nominations. In television, the most nominated productions are Mini Series’ The Beautiful Lie (ABC), with nine nominations, and The Kettering Incident (Foxtel – Showcase) with eight.

“This year, over 300 of Australia’s finest individual practitioners, from over 90 productions, are competing for a total of 50 Awards. This makes the 6th AACTA Awards presented by Foxtel our biggest Awards yet,” said AFI | AACTA CEO Damian Trewhella. “The Nominees announced today showcase the tremendous quality and diversity of productions that the Australian screen industry continues to create. We congratulate all the nominees and look forward to celebrating their fine achievements this December at the 6th AACTA Awards presented by Foxtel in Sydney.”

ABC leads the nominations for Best Television Drama Series, having taken three of the four nominations. Returning Nominees include The Code (ABC), which swept the 4th AACTA Awards, and Rake (ABC), which has been nominated for each of its four series. Following three successful miniseries, Jack Irish (ABC) received its first nomination for Best Television Drama Series, while Wentworth (Foxtel – SoHo) received its third nomination in the category.

Danielle Cormack and Pamela Rabe, who walked away with the Award last year at the 5th AACTA Awards, go head to head for Best Lead Actress in a Television Drama for their performances in Wentworth (Foxtel – SoHo). Also nominated are past-AACTA Award winners Sarah Snook (The Beautiful Lie, ABC) and Elizabeth Debicki (The Kettering Incident, Foxtel – Showcase).

MasterChef Australia (Network Ten) will be vying for back to back wins for Best Reality Television Series, having won at the 5th AACTA Awards. My Kitchen Rules (Seven Network) received its fourth nomination in the category, competing alongside first-time nominees First Dates (Seven Network) and The Recruit (Foxtel – Fox8).

Director Shawn Seet will be vying for his third consecutive win in Best Direction in a Television Drama or Comedy for The Code, Season 2, Episode 1 (ABC). He previously won the Award at the 5th AACTA Awards for Peter Allen: Not The Boy Next Door, and at the 4th AACTA Awards for the first season of The Code. Also chasing a repeat win is Geoffrey Hall ACS for Best Cinematography in Television for Wold Creek, Episode 3 – ‘Salt Lake’ (Stan), following his win in the category last year for Deadline Gallipoli, Part 1.