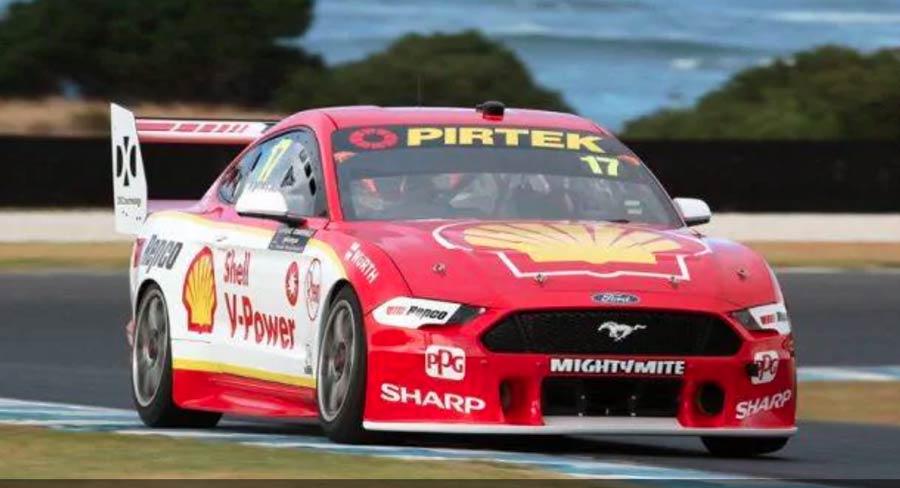 Coverage of the opening round of the 2019 Virgin Australia Supercars Championship at the Superloop Adelaide 500 will kick off this week on 10 Bold on Friday March 1 and then continue all weekend on 10.

Fox Sports and Kayo launch their Supercars coverage of the event on Thursday February 28.

10 Sport Supercars team is led by 10 Sport’s Matt White, motorsport industry veteran Aaron Noonan, current Nissan Motorsport Supercars driver Rick Kelly and reporters Scott Mackinnon and Kate Peck who will bring all the action, highlights and analysis from on and off the grid.

The Fox Sports team are joined by Supercars experts Neil Crompton, Greg Murphy and technical analyst Mark Larkham plus Chris Stubbs has all the breaking news.

On Thursday, Supercars will hit the track for first time with Fox Sports coverage from 1.15pm including the official on-track debut of the Ford Mustang featuring Dick Johnson, Marcos Ambrose and Scott McLaughlin in the Ford Performance Parade of Champions leading into a twilight Supercars Practice 1 at 6pm.

“I always look forward to the first hit out in Adelaide as it provides an immediate form guide for the season ahead. The great thing for fans is the continuation of the brand rivalry between DJR Team Penske with their factory supported Ford Mustangs and the Holden charge led by the Red Bull Holden Racing Team.

“For Scott McLaughlin it’s going to be slightly different as the defending champion and the way he approaches 2019. He’s had the benchmark pace as a qualifier in the last two seasons and given his new car he’ll be trying very hard to unearth the secrets of the Mustang to make it work best and give himself the best chance to go back-to-back.

“From a driver’s point of view this is one of the most gruelling race meetings of the season with the circuits unforgiving layout, the predicted heatwave conditions and the daunting

“Turn eight that year-on-year has catches out some of Australia’s best drivers.”

The Kayo coverage will include a new feature RaceView, which will launch in time for this season’s opening race.

RaceView will consist of three different camera modes including Co-Pilot View, an in-car driver camera, Heli View, a helicopter camera, and Race Centre, which will show the leaderboard and driver stats.

Kayo has every practice, qualifying session and race, live and ad-break free, of the 2019 Supercars season, with new customers able to sign up now and get streaming instantly with a 14-day free trial.